You are here: Home › Army Archives › An Exceptional Past And An Exciting Future

An 'exceptional' past and an 'exciting' future 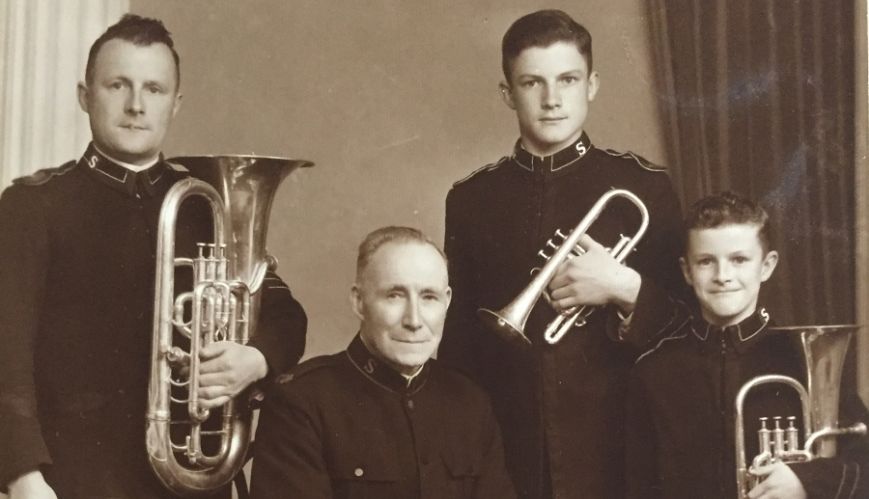 An 'exceptional' past and an 'exciting' future

Don Haines as a young man (above, holding his cornet) with his grandfather, father and younger brother, who all played in the Mt Gambier band. (Below, right) Don Haines today, having retired after 72 years of band service.

I’ve been a Salvo all my life. I’ve been a bandsman for 70-odd years and a songster for not quite as long as that.

Mount Gambier was my home town and my home corps. The Army was very busy in those days. There were outdoor meetings, indoor meetings, Sunday school, the band playing at different places. It was exceptionally busy, but we didn’t look at it in those days as being exceptional, because we just did it.

My dad was the corps treasurer for many years at Mount Gambier. My mum died during this time. He was a good instrumentalist and a good solid Salvo, setting a example for my brother, sister and I who were all young Salvos at that time.

I became a bandmaster in my early 20s. There were a lot of younger bandmasters in those days. I’m not taking any glory for it at all, it was just an exciting experience. I love music, I love playing and I love banding. Certain times you are playing and you feel the band has really got a message and you almost get a lump in your throat, you know, you felt it was so right. And people might say , “The band really blessed me this morning”. 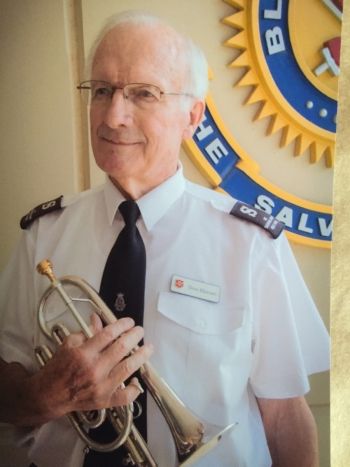 They say there’s no such thing as retirement in The Salvation Army, and I think that’s true. Although I have retired from the band now, I’m still in the songsters and my daughter has been the leader since I retired from that role 20-odd years ago.

If you look at the Army today, not only have our methods changed but our style of dress has changed; our uniform has changed, a lot of our regulations have changed. We have become more open in our acceptance of people that are taking part with us. It used to be quite strict in those days. If you wanted to be a soldier or bandsmen you couldn’t go to the cinema, or whatever. A lot of that has changed and most of that has been for the better.

When I left Mount Gambier, my work took me to regional in South Australia and eventually to Adelaide where I joined the Prospect Corps. That transitioned 39 years ago into Ingle Farm and was probably one of the most exciting things. It was the Lord’s leading [to move location], there’s no question about that, and there was a great sense of excitement.

In the last three we have doubled the size of our buildings. Now, I see the people coming into our in droves, from age to seniors. Ingle Farm is one of the biggest social outlets in the Army [in Australia]. To see all that happening, it’s quite thrilling. You really feel we’re on the right track here, we’re not reducing, we’re going forward I believe. And I’m sure the Army hasn’t lost its prime evangelical focus.

There is [also] the excitement of Australia One. I think it’s fantastic. You’ve always felt sometimes that Sydney and Brisbane are cut off from us and it shouldn’t ever be. I think it’s very exciting and I’m hoping that everybody gets the vision of it.