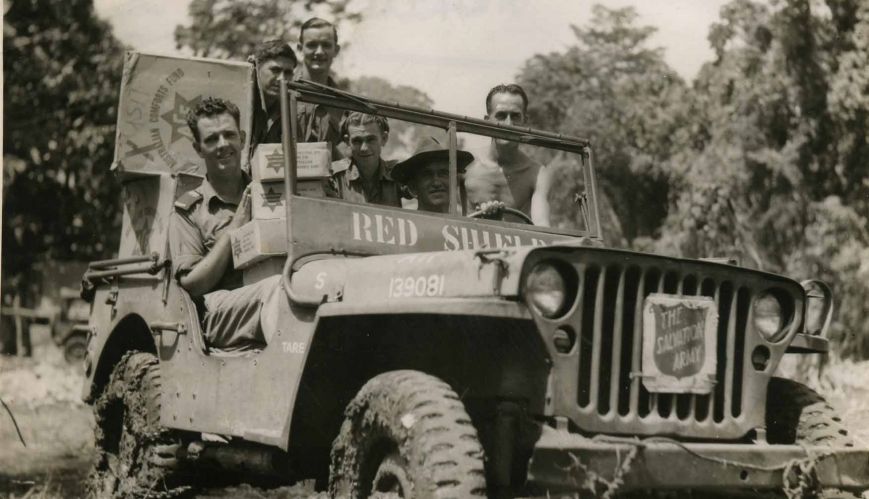 Wednesday 2 September 2020 marks the 75th anniversary of the end of World War Two. In remembrance, The Salvation Army is releasing a book later this year that details the history and story of the dedicated Red Shield Representatives who ministered in wartime Australia and abroad. 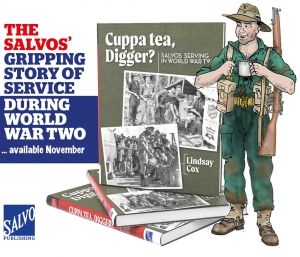 Author Lindsay Cox, who is Manager of The Salvation Army Australia Museum, said the book, titled Cuppa tea, Digger?, is the culmination of 25 years of vision and research, which began in 1995 when, as part of the then 50th anniversary commemorations for the end of World War Two, The Salvation Army conducted a research project into the contribution of the philanthropic Red Shield War Services (RSWS) to the Australian Military Forces during WW2.

“Under the Federal Government’s banner of ‘Australia Remembers’, funding for 12 months was obtained from the Department of Employment, Education and Training,” said Lindsay. “We selected 12 researchers that were all long-term, tertiary-qualified unemployed people fulfilling their work-for-the-dole requirements.

“The main achievement of that ‘Red Shield Project’ was the recording and transcribing of 184 oral history interviews of the men and women who contributed to the Red Shield War Services or were its beneficiaries.”

Now, that research material and the photographs gathered are being published in book form. It is also available for public access at The Salvation Army Australia Museum’s archival collection in Melbourne.

“The resultant book is a unique Australian war history and the story of the selfless dedication of Red Shield Representatives ministering temporally and spiritually to servicemen and women in camps and on bases in wartime Australia, and in the theatres of war in the Middle East and South-West Pacific,” said Lindsay.

The story is told powerfully in the words of participants. The approximately 200-page tome contains more than 300 photographs, has a foreword by General Sir Peter Cosgrove, and has already sold numerous subscription copies in pre-order.

“It was my great privilege to manage the 1995 Red Shield History Project, and it is now my privilege to have compiled this book,” said Lindsay.

Cuppa tea, Digger? is planned to be released in mid-November and will be available through Salvation Army trade.