You are here: Home › Army Archives › Safe With Jesus 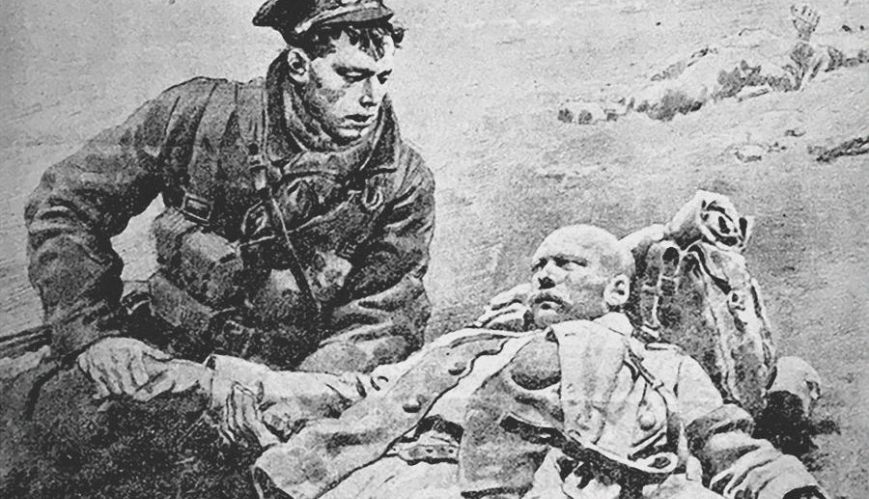 While Remembrance Day ceremonies on 11 November will allow us to remember those who died or suffered for Australia’s cause in all wars and armed conflicts, they will also help us to reflect on the horror and inhumanity of war, hoping we will never again have to endure such a waste of human life.

Amidst all this, Remembrance Day also serves to remind us of the displays of human compassion that so often interposed themselves between the long periods of enmity.  Members of The Salvation Army serving on the front lines during the Great War, as World War One was then called, often spoke of those displays.

One such remarkable story was told in the pages of the Canadian edition of The War Cry in 1915. It read:

The battle was in progress, and our trenches were being raked by the enemy’s fire. We were expecting to be told that the German guns would have to be silenced, and presently along the line came the order to “Charge!”

We assembled into the open and rushed forward, met by a perfect hail of bullets. Many of our men bit the dust, but we who remained came to grips with the enemy. I cannot write of what happened then. The killing of men is a ghastly business!

On the way back to the trenches, I saw a poor German soldier trying to get to his water bottle. He was in a fearful condition. I knelt down by his side. Finding his own water bottle was empty, I gave him water from mine. Somewhat revived, he opened his eyes and saw my Salvation Army Leaguer’s button.

His drawn face lit up with a smile, and he whispered in broken English: “Salvation Army? I also am a Salvation soldier.”

Then he felt for his Army badge. It was still pinned to his coat, though bespattered with blood. I think we both shed a few tears, and then I picked up his poor broken body, and with as much tenderness as possible, for the terrible hail of death was beginning again, I carried him to the ambulance.

But he was beyond human aid. When I placed him on the wagon, he gave a gentle tug on my coat. Thinking he wanted to say something, I bent low and listened, and he whispered: “Jesus, safe with Jesus!”