You are here: Home › Army Archives › The Day The Army Marched On Manly

The day the Army marched on Manly The day the Army marched on Manly

The opening of the Manly Citadel on Saturday 14 September 1912. Photo courtesy The Salvation Army Heritage Centre.

Great spiritual assemblies such as territorial and international congresses have long been part of Salvation Army tradition, and even in the earliest days of the organisation in Sydney, such gatherings occurred.

One of the most notable was held in 1897 in the seaside suburb of Manly. Little development took place in Manly until 1855 when Henry Gilbert Smith saw the resort potential of the area and purchased several tracts of land. Smith commenced a ferry service to the suburb and built recreational attractions and hotels. In 1877, Manly Council was incorporated and by 1880, it had become Sydney’s favourite seaside resort.

The Salvation Army soon saw the possibility of open-air evangelism among the seaside crowds at Manly. The Sydney Morning Herald of Tuesday, 4 October 1892, reported that: “A large contingent of The Salvation Army conducted religious services on the ocean beach.”

Salvation Army ministry in Manly officially commenced on 1 April 1894, on a site in Raglan Street. Two sisters were appointed as the first corps officers. The Sydney Morning Herald of 7 April 1894 reported: “On Sunday last a corps of The Salvation Army was started at Manly by Major Unsworth. There were large attendances, and there was great promise of success. Captain Smith and Lieutenant Smith will be in charge.” 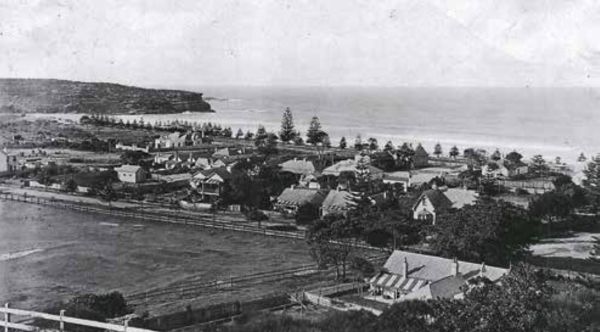 Manly also became a popular site for Salvation Army gatherings, with a large, congress-like camp being held there at a site called Fuller’s Paddock. Located just below Kangaroo Hill in the Smith Street area of Manly, the paddock often hosted various events, including early rugby matches.

During the final weeks of 1897, under the direction of Colonel Estill, the entire area was transformed into a canvas city by The Salvation Army, with a large marquee and numerous refreshment and accommodation tents erected.

About 800 people encamped for a three-day weekend led by Commandant Herbert Booth, appointed in 1896 as the Australasian Commander by his father, General William Booth, co-founder of The Salvation Army.

The Sydney Morning Herald of 3 January 1898 reported: “The canvas town comprises one huge meeting tent or marquee, tents for the sake of refreshments and army accessories, guernseys, hymn books, literature, 20 military bell tents lent by Government, 20 others hired out by the army, and yet more privately owned so that the usually quiet locality has suddenly become the scene of much life and activity.” 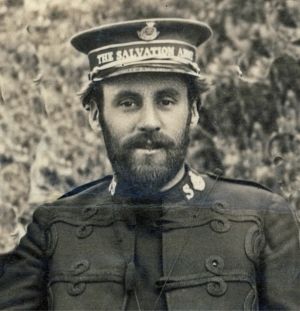 No doubt the residents of the area may well have been somewhat surprised when their local rugby ground became a hotbed of enthusiastic Salvationism.

With the influx of visitors, the numbers had swelled to around 2000 by the Saturday with a march past by bands, soldiers, and adherents. Unfortunately, rain on the Sunday resulted in lesser attendance.

During one of the meetings, “the Commandant made a call to arms, which means an appeal to Salvationists who feel themselves adapted for missionary work either here or abroad to offer themselves for the work. Twenty responded to the call and were set apart, and in the evening a Salvation meeting was held in the tabernacle, when [80] went to the penitent form.” – The Sydney Morning Herald, 3 January 1898.

As Manly’s popularity grew as a resort location, Salvation Army open-air ministry became an important part of the corps agenda and a focus for divisional and territorial initiatives with other corps.

Salvation Army work in the area continues to thrive today under the new name of Northside Manly Corps, still based on Pittwater Road.