You are here: Home › Features › A Man Amongst Men

A man amongst men A man amongst men

At 11am on 11 November, ageing Aussie Digger Dick Payten, now in his 99th year, will close his eyes and once again, through memories, ‘see’ wartime mates long gone.

There will be tears and there will be pain as he recalls comrades who died on bloody New Guinea battlefields defending Australia against Japanese invasion.

It was almost 75 years ago, but, at times, seems like only yesterday to Dick, now in a Sydney retirement home.

“You never forget,” Dick told Others magazine. “How do you forget horrible things like war?”

Dick was only in his early 20s when he was sent by the Australian Army to New Guinea. Many of his mates were little more than boys when struck down by enemy fire.

Some are buried in a foreign land, near where they fell. He has never forgotten them and their sacrifice.

But there will be smiles, too, on Remembrance Day 2019 as Dick remembers mates who came back home with him and became close friends in far happier times.

As Dick pushes his way through the pictures in his mind there will be special memories of a Salvation Army padre who stood with him and his comrades in New Guinea and stayed firm friends when they returned to Sydney.

While he was better known in The Salvation Army as Knud Knudsen, to Dick he was always ‘Bill’.

Of Danish descent, Knud entered Salvation Army officer training in Sydney from Helidon, west of Brisbane, in 1929, and was commissioned a year later. 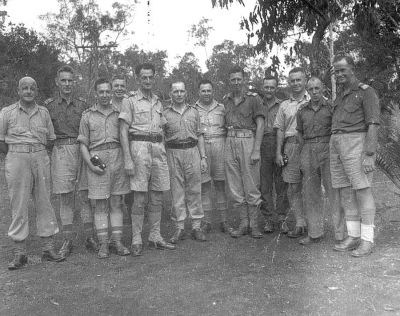 After the outbreak of World War Two in 1939, Knud was appointed as a Salvation Army Red Shield Services officer to the Australian Army 6th Division and sent to the Middle East in February 1941, where he served with troops in Lebanon and Syria.

Dick was in Lebanon, too. He has a slight recollection of seeing Knud there. Knud returned to Australia a year later and, after a seven-day break, was sent to New Guinea to support Australian forces seeking to repel the Japanese.

It was there that he met Dick Payten in more intimate circumstances. Knud was mid-30s by then, but, to men like Dick, seemed far more mature. “They were terrible days,” Dick says. “New Guinea was a terrible place to fight a war. Bill played a huge part in us Aussies surviving those days. He was just such a good man. He was a man amongst men.

“There was a story in the papers after the war about Bill being given a very good winter coat by The Salvation Army in Sydney, but he gave it to a down-and-out man who was cold. That’s the kind of man Bill was.”

Knud Knudsen was one of the colourful characters of The Salvation Army, especially in Sydney, in the mid to late 1900s, even though a War Cry report of his wartime activities described him as one who “shunned publicity”. 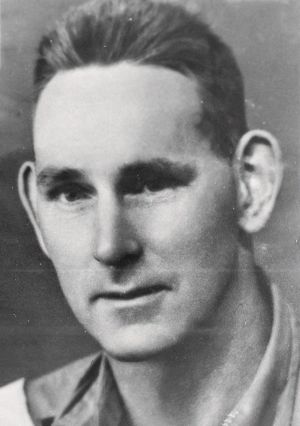 Knud Knudsen was one of the colourful characters of The Salvation Army.

He is referenced in a book, Salvos with the Forces – Red Shield Services during World War Two by LieutColonel Walter Hull, first published in 1995.

The book quotes a War Cry report of 16 October 1943, by Captain Cecil Ewen, advising that he had handed over a hut to Adjutant Knudsen in an area between Wau and Salamaua (New Guinea). The hut was supplying more than 100 gallons (380 litres) of coffee a day to Australian forces, according to Captain Ewen’s report.

Senior welfare worker Adjutant (later Major) Albert Moore wrote: “... while on the beach at Lae, I sent a signal to our man with the 2/6th field regiment, Adjutant Knudsen. He was soon in from the front lines to meet me. He was a man who, right from the word go, had rendered dedicated service to his men and the Red Shield war services in both the Middle East and the Pacific area. Knuddy had trudged through steaming jungle, also over deserts and mountains overseas to render spiritual and temporal service to every man of his unit. In New Guinea we visited some of the forward positions, met up with Knudsen and went with him to his unit, where I spent the night. On the Sunday, I conducted a church parade for Knudsen and the 2/6th field regiment. For Knuddy, no Sunday was allowed to pass without a church parade for any of the men within reach of their padre.”

In a report from Adjutant Stanley Houghton, deputy commissioner for Red Shield Services in New Guinea at the time, his men are referred to as “self-forgetters all”.

“In order to do their job, these men go right into the front line with the soldiers, regardless of the danger,” he says. Adjutant Houghton writes of meeting Adjutant Knudsen in Lae, reporting, “The Adjutant [Knudsen] walks long distances in order to hold services with all the units in his area. So much is he appreciated, that not a man misses church parade. The adjutant takes coffee and comforts each individual man.”

He explained in the War Cry report that he was in the “first push through to Benghazi [Middle East] and in the firing line in Syria”. Returning with his unit to Australia, he was given a week’s leave before being sent to New Guinea for “the first thrust to Kokoda”.

“At the request of the military leader,” the War Cry reported, “he acted as an unofficial chaplain throughout and buried every man of the unit who was killed in action. Even under fire, church parades were held, half a gun’s crew attending alternate services. Some of those to whom he ministered made decisions for Christ.”

Comments in the book about Knud Knudsen pretty well sum up the man, his mate Dick Payten says. “In New Guinea, we were in a very dangerous area. I remember a time when we [soldiers] were living on every-day rations. There were no roads; just walking trails, and out of the blue Bill would turn up [with food]. It was like an angel,” Dick says.

“I have no idea how he knew we would be there. “He was such a block of a man. You could always talk to him. He gave us good advice. And he would always manage to talk about God; how God was looking after us. “Whenever he caught up with us, he would hold a church service. And we would always sing ‘When the Roll is Called up Yonder’. I’m sure it was Bill’s favourite. We even sang it as a unit when we met for barbecues at Bill’s place back in Sydney after the war. 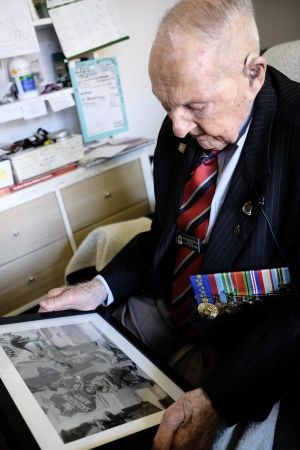 “I valued his company. He helped me not only physically but mentally too, and he helped me to believe [in God] better. He was a top bloke. Everybody trusted him. We wrote love letters back to our girls in Australia. They had to be censored [read] by our officers. But we didn’t like them reading the letters, so we gave them to Bill to read and then send for us. That’s how much he was respected. He also delivered mail to us from back home.”

After the war, Dick Payten and Knud Knudsen remained friends, often visiting each other with their families. Members of their unit in New Guinea met over meals at Knud’s home. Knud returned to Salvation Army officer appointments in Sydney, managing the Foster Street men’s hostel for long periods.

He retired in January 1974 as a brigadier. His wife, Brigadier Eleanor Knudsen, died a few months later. Knud was promoted to glory in 1984. Dick Payten says his mate Bill hasn’t been forgotten, even though their wartime experience together was almost 75 years ago.

“I will be thinking of him again this year [on Remembrance Day],” says Dick. “He was a top bloke; a man amongst men.”