You are here: Home › Features › Age Shall Not Weary Peter The Bugler

Age shall not weary Peter the bugler 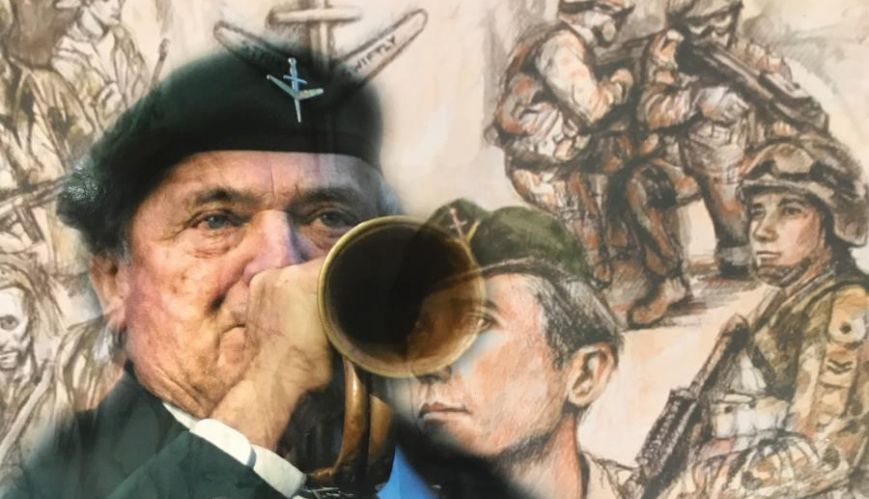 Age shall not weary Peter the bugler

The year was 1946, and the world was still celebrating the end of World War Two. Peter Williams, who was 11 at the time, had spent much of his primary school days practising hiding in an air-raid shelter. His school in Newcastle (NSW) was next door to a steelworks – a prime target for a Japanese air strike. 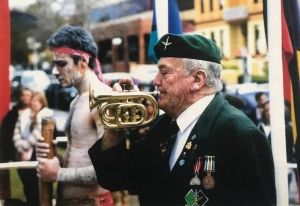 His grandfather had died on the battlefields of Europe in World War One, and Peter was also aware of The Salvation Army band that perished on the Japanese warship, the Montevideo Maru, in 1942. “When it was all over, everyone was happy,” Peter says, quite simply. “They had a big victory celebration march in the main streets of Newcastle and The Salvation Army band played in the march. I played the cornet in the march for the victory celebration.” It was the first time his love for brass banding had intersected with military events – and it certainly would not be the last.

When Peter turned 18, he was called up for National Service and joined the Green Beret commando unit. “I was highly trained for all undercover stuff – parachuting, submarines ... I was a frogman,” he says.

Now 85, Peter plays the Last Post at upwards of 20 Anzac Day ceremonies in the Shoalhaven/Nowra region of southern NSW each year. For the past 60 years, he has been playing an old bugle at these services. The bugle, he estimates, is 120 years old and was used in the Second Boer War (1899-1902). “I bought the bugle about 60 years ago from a collector,” he says. “It was possibly also used in the First World War – the one where my grandfather was killed – and possibly the Second World War.”

Peter, who attends Shoalhaven Corps with his wife Maz, has been a member of The Salvation Army his whole life. “Pete has been a long-term supporter and bandsman of The Salvation Army, faithfully using his God-given musical skills to share the love of Jesus,” says Shoalhaven Corps Officer, Captain Matthew Sutcliffe. “Outside of his playing, Pete and Maz give up a lot of their time to service the community. Over the years, they’ve run community meals and bread runs, helped with nursing home visitation and chapels, and volunteered for welfare at the corps. They regularly provide kids entertainment at corps events and Pete’s playing of the trumpet with a puppet is always a hit.” 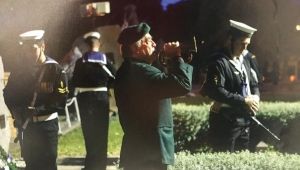 Despite experiencing some recent health difficulties, and the coronavirus crisis cancelling many public Anzac Day services around the country this year, Peter is determined to continue to meet his commitment of playing at schools and other community events in the days before, on and after Anzac Day whenever he is called upon in the future. He has been doing the gig for so long now that he’s even become a bit of a ‘town celebrity’. “Many adults come up to me and say, ‘I remember when you played at my school,’” says Peter. “The headmaster at each school rings me up to book me every year and they know me well.”

Over the years, Peter has noticed a positive shift in the way schools commemorate Anzac Day. “Schools are getting more involved than when I was at school,” he says. “Every school [in the area] has a big service with speeches, wreath laying and choirs singing. The Catholic high school has a strong Aboriginal heritage and while I’m playing the Last Post, one of the students plays the didgeridoo the whole way through it. It raises the hair on your arms.”

It’s a huge commitment but Peter is enthusiastic about it. “I love it! I can’t wait,” he says. “There’s not many people playing in brass bands at 85; it keeps me a bit young!”

* Julia Hosking is a content writer in the Communications team.