You are here: Home › Features › Australians Taking A Gamble During Lockdowns

Australians taking a gamble during lockdowns 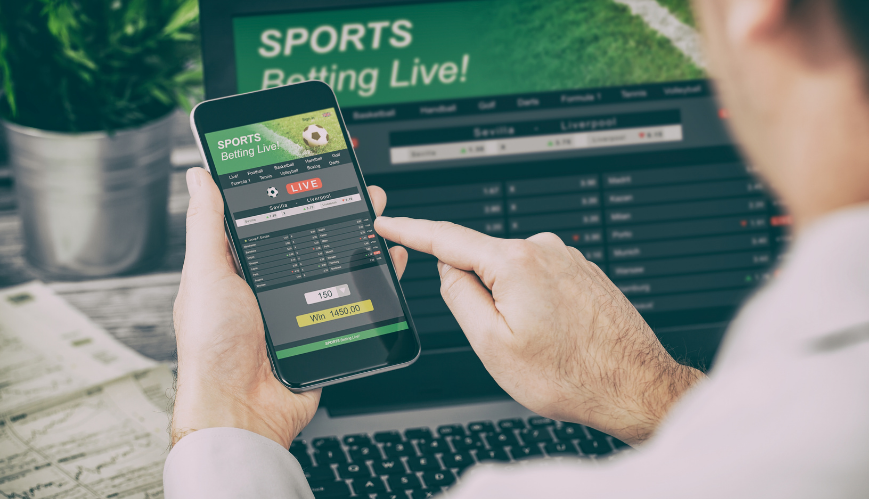 Australians taking a gamble during lockdowns

Australia is a gambling nation, with 9.9 million or 50 per cent of adults gambling every year. Overall, Australians lose $24 billion annually – not to mention the relationships, financial security, housing and health issues that come with gambling harm.

Australians have found different ways to cope through COVID-19 lockdowns. While many have been positive, there has been a worrying increase in the number of people gambling.

While playing the pokies or buying a lotto ticket has become part of our culture, online gambling has also become an insidious problem as people try to ‘escape reality’ while sitting on their couch at home.

The ease of signing up for online gambling is thought to be behind the increase in people gambling, and it’s no wonder an estimated 50 per cent of Australians regularly gamble when all you need is a mobile phone, a betting app, and a credit card.

In 2018-19, it is estimated Australians lost $24 billion in gambling, and this doesn’t include consequences such as homelessness and relationship breakdown.

“I’ve seen first-hand the harm that gambling can cause, and it’s devastating,” says Major Claire Emerton, Area Officer for the Victorian Metro West region. “I’ve seen gambling drive people to the brink of suicide because it can impact every area of their life.

“As a student social worker and a corps officer, my eyes were opened to the nature of the gambling industry and that it’s quite predatory. With poker machines, you’re losing money, but the machine plays upbeat music that tells you you’re near a win. That triggers a dopamine release and can create an addiction.” 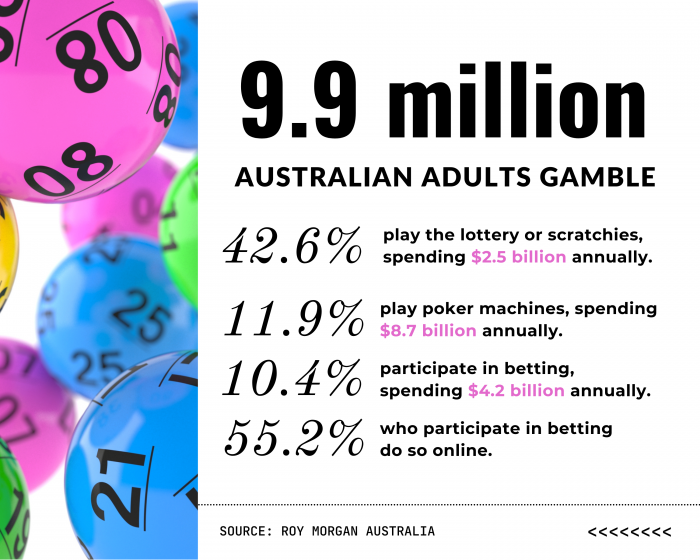 ‘Gambling harm’ is defined as any negative consequence caused or made worse by gambling, and Claire’s passion for combating this comes from frontline experience.

As a corps officer in Dandenong, she worked with Moneycare, Family Violence and Doorways teams to support everyday Australians. She was also appointed as a Divisional Social Program Secretary for the former Australia Southern Territory. Through her work, she observed that gambling harm was intrinsically linked to financial stress and poverty, homelessness, relationship breakdown, family violence, addiction, and mental health issues.

She was motivated to co-create The Salvation Army’s first Gambling Harm Working Group. Still in its early stages, it exists to bring awareness to the issue, provide training, act as a sounding board for officers and employees, and create systemic change through policy. 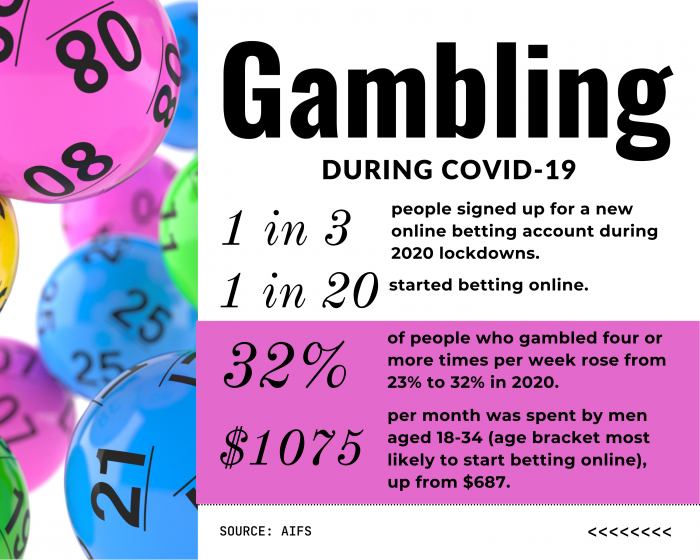 The first step in creating change involves changing our language, according to Jeffrey Milne, Senior Policy and Advocacy Advisor for the Army’s Policy Research and Social Justice Department.

Claire adds, “It highlights that the ‘problem’ is broader than the gambler, including predatory products and normalisation of gambling culture in Australia, and in government policy. Therefore, responsibility needs to be put on products, the industry and government to create an environment where harm doesn’t flourish.”

Over the past year, Jeffrey and his fellow policy advisor, Alejandro Navarrete, have developed three major submissions to the federal and state governments related to gambling harm.

Their expertise in the area has given The Salvation Army a voice in the Royal Commission into the Casino Operator and Licence, the Gaming Control Amendment (Future Gaming Market) Bill 2021 in Tasmania, and the Interactive Gambling Amendment (Prohibition on Credit Card Use) Bill 2020, regarding the prohibition of credit card use for online gambling. It’s a large task – and one that has become amplified through COVID-19.

“The figures show that the pandemic has made an impact on gambling behaviour,” says Alejandro. A survey undertaken by the Australian Gambling Research Centre showed that “even with limited access to venues, overall, participants gambled more often during COVID-19. The proportion who gambled four or more times a week increased from 23 per cent to 32 per cent [between June and July 2020]”.

Furthermore, the survey also showed that men aged 18-34 years increased their frequency and monthly spending on gambling from $687 to $1075. 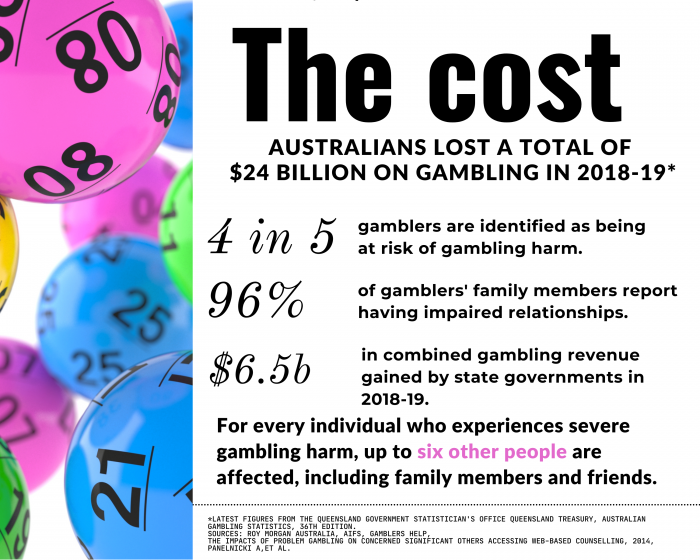 Given that state governments made a combined total of $6.5 billion revenue from gambling in 2018-19 – before we witnessed the spike in online gambling due to COVID-19 – the work of the policy team has given the Gambling Harm Working Group extra clout as they meet with politicians seeking to balance power with the common good.

Major Brad Watson, Head of Community Engagement based in Tasmania, is another member of the Gambling Harm Group and is advocating around recent legislation in Tasmania.

“There is a new piece of legislation called the Future Gaming Market Project in Tasmania that Jeffrey, Alejandro and I responded to recently, and then Captain Kim Haworth [Tasmania Divisional Commander] and I actually sat in parliament and watched them debate it,” shares Brad.

For Brad and the rest of the Gambling Harm Working Group, this work goes hand in hand with The Salvation Army’s mission to live, love, and fight alongside people. Even in the darkest, murkiest parts of our society.

“As Salvationists, it’s essential we talk about gambling harm because we’re talking about people who are affected by an industry that deliberately preys on people and creates mechanisms to entrap, addict, and fleece people,” says Brad.

“Our role is to live with these people, to love these people, and to fight where they may not be able to fight for themselves – whether it is through the financial counselling service, through policy and advocacy, through financial assistance at doorways, or helping find safe community, alternate activities, and a place for their family. That, of course, is the love of Jesus in action.”

How does that look practically? It’s easy to say it’s up to officers and employees to do the leg work through Doorways, Moneycare, and case work. But really, we all have a role to play in breaking the stigma that surrounds gambling harm. Because it’s not all winners and grinners like gambling is portrayed on the ads.

“As people on the frontline, we are often unaware that gambling is going on behind the scenes. So I think we need to be willing to ask people whether gambling is an issue for them?” shares Claire.

“The more that we can raise awareness about how predatory the gambling industry is, and how intertwined it is in terms of government funding and reliance, the more we can show that gambling isn’t about personal weakness. [We can show] they’ve actually been caught in this big predatory machine, and knowing that can begin to break down the stigma.”