You are here: Home › Features › Breaking The Chain Of Slavery

Breaking the chain of slavery 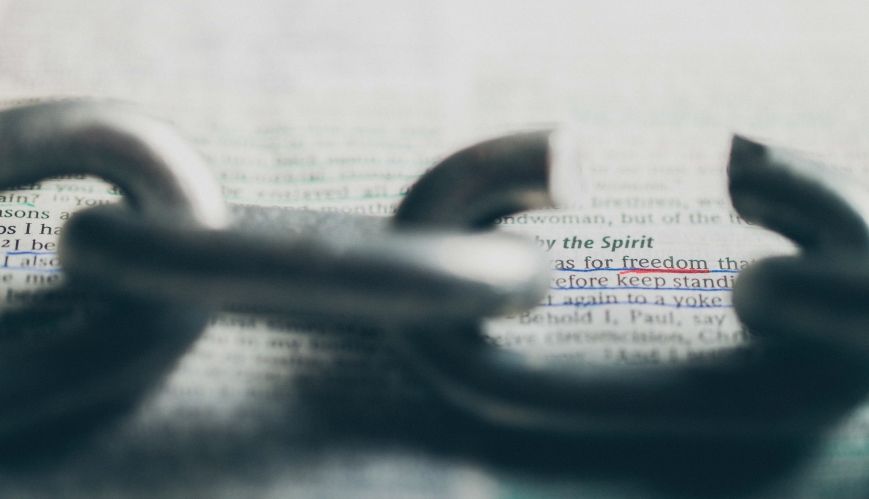 Breaking the chain of slavery

Approximately 4300 people in Australia are said to live in modern slavery, and 45.8 million worldwide, according to the third annual Global Slavery Index, released on 31 May. A flagship report of the Walk Free Foundation, the index estimates the number of people in modern slavery in 167 countries globally. It is a tool for citizens, non-government organisations, businesses and public officials to understand the size of the problem, existing responses and contributing factors, so they can build sound policies that will end modern slavery.

The existence of 4300 slaves in Australia underlines the very reason the Freedom Partnership exists – to make sure Australians do not contribute to the global problem of slavery and that people are not enslaved in Australia. While focusing on freedom as a basic human right, the partnership aims to mobilise community, business and government to realise their contributions to modern slavery, and take action to eradicate them. This could be through the products they buy made by slave labour or people living in slavery-like conditions; or the services they use, carried out by people held against their will. The partnership also champions collaborative, inclusive and networked community strategies to address modern slavery in local areas; and empowers slavery survivors to contribute their expertise as advocates. The Freedom Partnership will celebrate its second birthday on Saturday 30 July, which is also the World Day Against Trafficking in Persons. The team will mark the day with an online awareness campaign through its website and Facebook page, as well as highlighting its achievements over the past two years and future focus areas.

﻿Building the first Migrant Workers’ Rights Network, located in Sydney, is one of these achievements. “Since The Freedom Partnership began, it has become clear to me that Australia needs a national voice to promote the rights of temporary and migrant workers who are being exploited across the country in almost every industry,” Jenny said. “It is important to understand and address the link between a bad job where someone is being exploited, but has their freedom, and how that exploitation then paves the way for people to be pushed into slavery. We are working hard to be a major player and leader in this space by bringing together migrant workers, academics, unions and likeminded NGOs to collaborate on migrant workers’ rights.”

Heather, the only team member based in Canberra, plays an important role in this initiative. “One of our top priorities is to leverage all of the work we’ve been doing to build coalitions across the country into a really strong and powerful voice for the rights of people who are vulnerable to trafficking and slavery, including temporary migrants,” she said. “Specifically, we want to see the government develop policy that balances penalties for illegal conduct against victims with mechanisms to support people to come forward. We are also working with internal Salvation Army stakeholders, and the Uniting Church, to explore how we can work together across 10 slavery hotspots across the country, so we have a consistent approach and improve our outreach and outcomes.” Heather Moore and her daughter, Evangeline, at the 2016 Canberra Show, asking people to get involved in ending slavery via the freedom pledge and other campaign asks.

The team has also been focusing on developing a funded service sector for young people, under the age of 18, who are victims, or potential victims, of forced marriage. “Until the criminalisation of underage marriage, we didn’t have many under 18s presenting, but now we do, and there is little practical help available for these highly vulnerable people who need intensive support to rebuild their lives,” said Laura. “As an organisation, The Salvation Army is well-positioned to provide this kind of support, but we’re not there yet.”

Converting consumer awareness to action is another focus area for the team. “We want to help people move beyond awareness of the issues to how they are contributing to slavery and what they can actually do to make a difference,” said Sydney. “This could include hosting community events, switching to Fairtrade products, and engaging with ethical consumerism.” Research shows that the Australian public want to make ethical choices and change their purchasing behaviour so they are buying products not made using slave labour. “Sometimes, buying ethically requires a sacrifice financially, and this is what having that choice is all about,” added Laura. “Ending slavery is bigger than The Salvation Army and has to start at home. Awareness leads to action, and just talking about it doesn’t make you a contributor to solutions.”

The Salvation Army, through the Freedom Partnership, is also part of the Australian Freedom Network, which was launched at Parliament House, Canberra, on 2 December 2015. At this event 18 faith leaders, including Commissioner James Condon, signed the same Joint Declaration of Religious Leaders Against Modern Slavery that was signed by global religious leaders at Vatican City in 2014. The faith leaders committed their respective communities to engage in practical actions to tackle slavery here in Australia and to collaborate and communicate regarding their efforts.

“The faith communities are taking this issue seriously,” said Sydney. “As Christians, setting the oppressed free is part of our DNA and we should be taking the lead in our communities. We have the capacity to effect change by getting people engaged in social justice. Let’s advocate for change, let’s make that impact and let’s bring freedom to the very fabric of our society.” Someone is in slavery if they are: Slavery can take the form of:

Visit The Freedom Partnership’s website, endslavery.salvos.org.au, for details on: