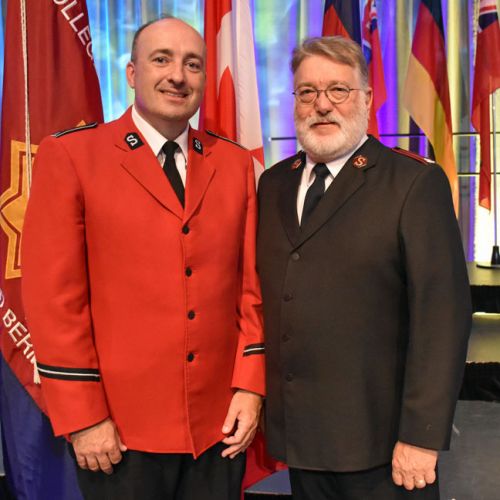 The Canada and Bermuda Territory have announced the formation of a Canadian Staff Songsters.

Under the musical leadership of Major Leonard Ballantine, the songster brigade will do more than perform – they will facilitate worship, lead music workshops in divisions, support territorial events and raise awareness of the mission of The Salvation Army through musical outreach.

“The Canadian Staff Songsters will endeavour, by its example, to set the standard for all aspects of Salvation Army vocal ministry, including worship, evangelism and integrated mission, in the Canada and Bermuda Territory.”

The group will be one of only a handful of staff songster brigades across the globe, located in Sydney, Melbourne, Amsterdam and the UK-based International Staff Songsters.

Supported by the music and gospel arts department, Lieut-Colonel Waters will provide spiritual, organisational and administrative leadership to the brigade. It is anticipated that group will begin its ministry in time for the Christmas season.

Adapted from an article that appeared in the Canadian Salvationist.