You are here: Home › Features › Changing Lives On The Bellarine Peninsula

Changing lives on the Bellarine Peninsula 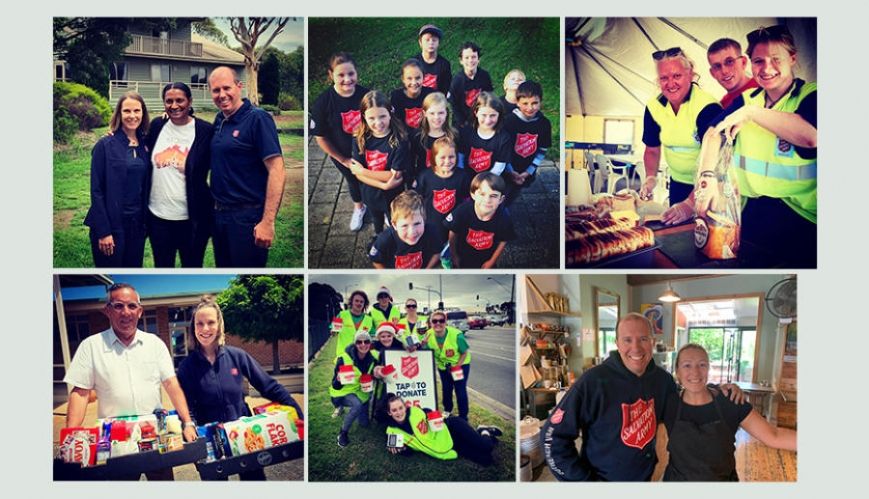 Changing lives on the Bellarine Peninsula

The Salvation Army’s mission on Victoria’s Bellarine Peninsula is celebrating its 10th anniversary.

For Salvos on the Bellarine Peninsula, the Great Commission isn’t simply a command – it is an immersive experience. And in the decade since the mission expression was planted, this mindset has begun to shift generations of trauma and pain on Victoria’s south-west coast.” 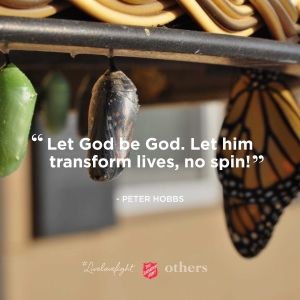 “God is just building community here. It’s actually just seeing God be God – this is inspirational-lived worship. Not a stamp. You have to experience the reality of God!”

I am talking on the phone to Bellarine Peninsula Plant Corps Officer Captain Peter Hobbs, and his excitement is palpable. His team is distributing care packages to isolated locals in Clifton Springs, but that doesn’t stop him from multitasking.

“Bailey, tell Jessica about meeting God at the bus stop!” Peter pauses every few minutes to include his volunteers in the call. He tries to relate the everyday divine encounters he and his team have to me.

A stranger, Peter tells me, handed their volunteer, Bailey, a donation at a bus stop because “God told her to”. And that’s just the tip of the iceberg. I quickly learn that divine experiences are common in Clifton Springs.

Story after story rolls off Peter’s tongue, about how God brought him into a local auto repair shop just minutes after the owner had angrily graffitied on his wall the words, “I’m not the [expletive] Salvation Army, call them!” And how God began speaking to Peter and his wife Di about the generational sin of their colonial ancestors who lived in the region, only to have them meet Olympian Nova Perris, an influential Indigenous Australian, who shares the same vision for reconciliation in the area.

At this point, I realise that my journalistic ‘nose for news’ is useless when writing about such a dynamic movement. While many churches and missional expressions thrive with a traditional structure, the Bellarine Peninsula Salvos is not one of them. They are fluid and tactile, where staff and volunteers all respond to God’s unique calling for the region. To tell their story, you have to start at the beginning.

Bellarine Peninsula Salvos started as a corps plant in January 2010, purchasing a property opposite the local primary school with the assistance of Salvationist Pam Marshall and local businessman Michael Peck. Fresh out of training college, Lieutenants Peter and Di Hobbs were appointed to oversee the ‘corps plant experiment’, saying God had spoken to them about building a missional community years earlier. “We had to build genuine relationships with people,” Peter says. “And it couldn’t be the Pete and Di show.” 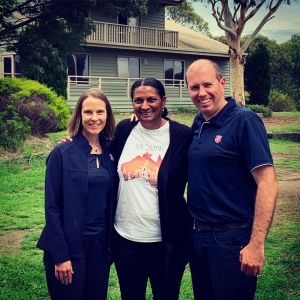 Bellarine Corps Officers Captains Diane and Peter Hobbs with one of their supporters, Olympian Nova Perris.

It soon became clear that a traditional Sunday meeting and programs weren’t going to work in the region. Peter attributes this in part to a general mistrust of religious institutions. They adapted, committed to modelling a different reality of what Christianity looks like to their community. “We could do meetings, but there was no life in them,” says Peter. “We found life living in community based on Romans 12; we see lives transforming in front of us because we want to be living sacrifices.”

The first thing to adapt was the name, with Bellarine Peninsula Salvos becoming known as ‘The Ranch’ – home base for a fluid movement, where the community would gather to access services, learn and experience Jesus. Programs would then be created, altered and cancelled, with the leading of the Holy Spirit, in response to the community’s needs.

It started with the MAD (Making A Difference) program at schools, where students were offered mentoring. Seeing the need for many young people to do something constructive with their time to avoid trouble, it evolved into Salvos Respo, which is an auto mechanic group where youth would work as a group to repair an old car. This experience led the Salvos to the Australia Motor Festival for two years, and would eventually formulate into a youth group and junior soldier program, where many participants from non-church families now return as leaders.

When funding fell through, they adapted this to the current successful Student Ambassador program, where children are mentored for 10 weeks, teaching them leadership skills and encouraging innovation to help the community. That’s not to mention the corps’ outreach van, a partnership with Parks Victoria, and their mental health arm ‘Strengthening Families Australia’.

Just hearing about the breadth of the Salvos’ work in the region overwhelms me, but the longer I spend time with Peter and Di, the more I realise they have been placed on the Bellarine Peninsula for a reason; few people are more authentically dynamic in relationship. 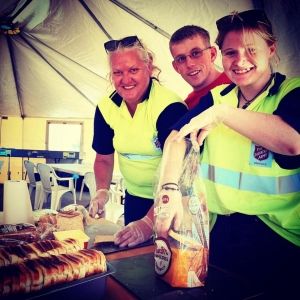 Their open-handed attitude has connected them with athletes like Renee Gerring (AFLW) and Nova. It has instilled a sense of trust with local businesspeople like Tim Paige-Walker, head of their Red Shield Advisory Board, who recently converted his beer distillery into a hand sanitiser manufacturer for the Salvos during the COVID-19 crisis. And it has made Peter a key member of the Greater Geelong Missional Network, which connects churches and services across the region to help the most vulnerable.

Despite being at their post for a decade now, Peter and Di still carry big dreams for the future of The Ranch and they know God’s mission for the Bellarine Peninsula goes far beyond them. “People need to know you trust them,” says Peter. “The DNA of what we do has run through so many of them. If we are moved [to another appoint- ment], the mission will live on.” And that’s when our conversation returns to where it started – the fact that God is at work on the Bellarine Peninsula; healing, connecting and reconciling a community to the reality of his love and freedom. And it’s something we can all be part of, wherever we live.