You are here: Home › Features › Draft Looking After Gods Creation Is In Armys Genes

Army has a role in caring for God's creation 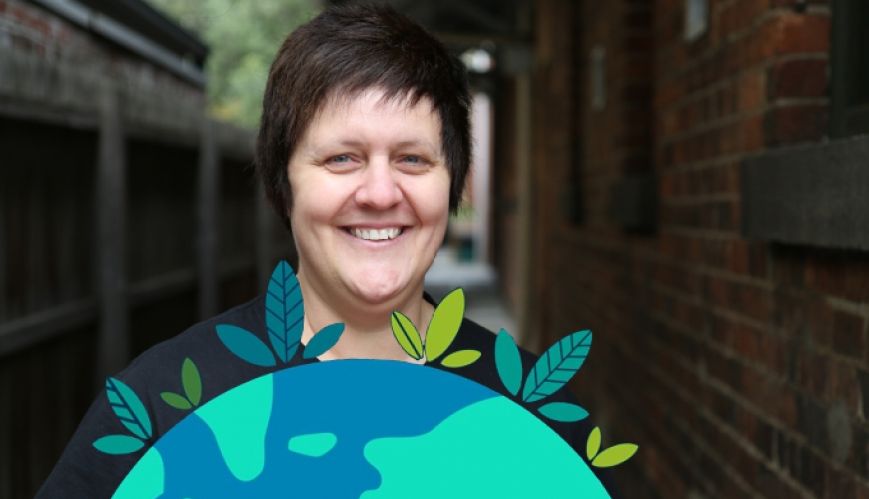 Army has a role in caring for God's creation

Envoy Margaret Coombridge, The Salvation Army Environmental Sustainability Consultant in Australia ... decisions made now as a global community would impact all of creation.

As World Environment Day on 5 June approaches, people all over the planet are being encouraged to focus on biodiversity – the variety of life from genes to ecosystems.

This follows on from the theme of World Earth Day on 22 April – ‘Restore our Earth’ – which centred on the technologies and innovative thinking that could restore the world’s ecosystems.

Envoy Margaret Coombridge, The Salvation Army Environmental Sustainability Consultant in Australia, said biodiversity was about the “interconnectedness of life on the planet” and played “a vital role in the overall wellbeing of humanity”.

Margaret said biodiversity “features the beauty and complexity of all living things – the diversity between species but also within species.”

In its new Environmental Sustainability policy – which aligns with The Salvation Army’s International Positional Statement on the environment – the Army in Australia says it takes seriously its position in preserving the planet for future generations by using its resources in a manner that ensures the wellbeing of the planet and would continue to monitor its “environmental footprint”.

“Wherever possible, personnel must conduct all activities in an environmentally responsible manner, consistent with ethical obligations and in accordance with all applicable laws, policies and procedures,” the policy states.

Many corps, mission expressions and centres across the country are moving towards a goal of improved environmental sustainability by considering initiatives such as installing solar panels, utilising the use of water tanks, community gardens, being actively involved in recycling, using renewable resources wherever possible and using supplies that promote “sound environmental practices”.

The United Nations has just come out of a decade of focusing on biodiversity. Australia has recently reformed its national biodiversity strategy and action plan in preparation for a new UN Post-2020 Global Biodiversity Strategy.

Margaret said that, as with all actions involving the environment, decisions made now as a global community would impact all of creation.

“When one part of the whole of creation hurts, every part is disturbed. Therefore, a shared commitment to spend time in prayer, educate ourselves, consider sustainable projects and raise our voices, as individuals and a movement, assists in ending all forms of exploitation and injustice,” she said.

Margaret said the Army had the opportunity to be a leader in affirmative action in the area of the environment.

She said that while practices to combat “environmental degradation” often seemed individually unachievable, there were steps a person could take that would make a difference – in particular, in relation to what a person buys and consumes, and the regulation of emissions of appliances and vehicles that use renewable energy. Many of these are addressed in the 2015 United Nations Sustainable Development Goals (UNSDG) document.

Margaret said that, holistically, 17 interrelated goals in the UNSDG provided a comprehensive guide for establishing strategies that sought to realise a “healthier and more sustainable future”.

With Australia surrounded by a coastline with many great beaches and marine habitats, she said that implementing strategies to protect the coastlines and mitigate adverse effects on the ocean and protect marine life was important.

Observation of such days as World Environment Day provides helpful opportunities to “raise awareness and actively promote a sense of shared responsibility for God’s creation”, Margaret said. “In scripture, Psalm 65 speaks of being thankful for Earth’s bounty. It reminds us again of the sovereignty of our creator God.

“As we continue to enjoy Earth’s bounty, be encouraged to meet the challenge of stepping more deeply into stewardship responsibilities. Step into an attitude of restoration; an attitude underpinned by a partnership with God; an attitude that celebrates the flourishing of creation in its entirety.

“In committing to protecting the environment and using its resources wisely, we recognise that reducing our carbon footprint – becoming resource-efficient, using less energy and water and producing less waste needs to be a priority.

“Moreover, we affirm again the sovereignty of our creator God and our movement’s focus on serving those most susceptible to experiencing disadvantage.”

The Army’s policy says “environmental degradation” is one of the world’s most “pressing issues” with its effects felt “disproportionately by the most vulnerable communities, particularly in terms of health, livelihood, shelter and the opportunity to make choices”.

“It is our responsibility to work toward the healing of Earth”.