You are here: Home › Features › Gender Equity On A Global Scale

Gender equity on a global scale Gender equity on a global scale

We can no longer cite cultural differences as the reason that gender equity is not represented in senior leadership appointments.

It is a working group, entrusted to advance this agenda, but is not the ‘brains trust’ encompassing all of the expertise needed to assist The Salvation Army in formulating policy and procedures on the issue of gender equity.

The General has clearly stated that the task force is permitted to recruit people as required within specialist areas to assist with this work. Additionally, in order that voices are heard from all five of the Army’s geographic zones, a larger group of corresponding members will bring the broader perspectives needed in accomplishing this assignment.

The Australia Territory’s Colonel Julie Campbell, Gender Equity Advocate and Territorial Secretary for Women’s Ministries, is the Australian representative on the task force (see story below).

Much has been written on The Salvation Army’s stated position on gender equity. In Mapping Our Salvationist DNA, Commissioner Kay Rader references the Orders and Regulations drafted by General William Booth in 1905 to help direct his burgeoning troops. 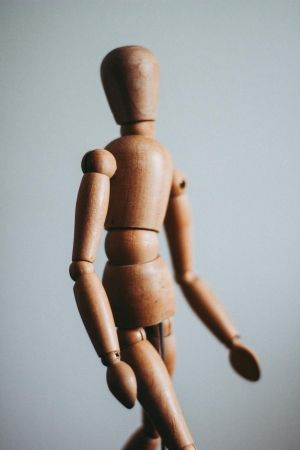 The Founder of the Army shared the following:

• Women have the right to an equal share with men in the great work of publishing salvation.

• A woman may hold any position of authority or power in the Army.

• Women must be treated as equal with men. Commissioner Rader then quotes Dr Roger Green, who reminds us that “a basic doctrinal principle was established as policy of The Christian Mission and this policy continued ... people were placed in position because of ability and not because of gender”.

We benefit greatly from Salvation Army officers who continue to issue clarion calls for gender equity in the appointment process, but I am struck by the fact that the references in Commissioner Rader’s work were written 45 and 35 years ago, respectively.

There are few if any officers still serving who were in active service 45 years ago when this call to gender equity was coming to the forefront of Salvation Army conversation. Commissioner Rader was forcefully demonstrating that this is not a new conversation. The task force has been convened to respond to the worldwide call for action now.

Whether in the context of the International Conference of Leaders, or when younger officers meet in conferences or symposiums, there is a global call for change now, and the General has indicated that this issue will not be relegated to the ‘too hard’ basket!

In conversation with a young officer from the Army’s South Asia zone, the captain indicated that we can no longer cite cultural differences as the reason that gender equity is not represented in senior leadership appointments.

The captain shared: “Women are holding significant positions of authority and power in our country; this is not a societal problem, but a Salvation Army problem. We are 20 to 30 years behind what is taking place in my country – and change is happening rapidly.”

There are structural issues that do need to be addressed and, in dealing with these matters, we will need to be aware of unintended consequences of change.

By taking responsibility as opposed to fixating on blame for our present reality, we have a wonderful opportunity to effect meaningful change.

The General, however, often reminds his territorial leaders around the world that they already possess the authority to move the gender equity matter forward in regard to appointments within their respective territories.

The Gender Equity Task Force is being helped tremendously through observing territories around the world that are experimenting with changes to structure and appointments that address gender equity issues.

There are territories that have made tremendous gains in establishing what Colonel Janet Munn recommended in The Officer magazine (January-March 2019): “Quantifiable goals for gender equality, including intentionality in equipping and appointing women officers immediately, and monitoring progress and outcomes.”

These territories will potentially inform other territories of the successes to amplify and the pitfalls to avoid in dealing with matters of gender inequity that have existed for too long and must now be addressed.

We are grateful that the General and international leadership have indicated that gender equity is an international priority, and there are expectations that the task force will deliver actionable recommendations to the International Council of Leaders for implementation. In the words of singer-songwriter Steve Green, “May those who come behind us find us faithful”. 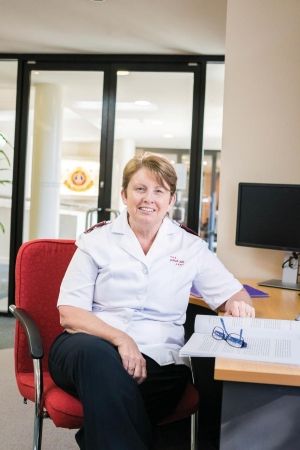 Colonel Julie Campbell is the Australian corresponding member on the Gender Equity Task Force. Julie participates in online meetings and provides information and feedback from the Australia Territory.

“I've participated in the first online meeting and shared the current and emerging trends and issues experienced by women officers in our territory and how we are addressing these,” says Julie.

“It was a privilege, and also encouraging, to hear from other officers committed to identifying and improving opportunities for women.

“I believe the task force is vital and will assist in resolving the systematic inequality experienced by women officers. We will be a more powerful Army when all our officers are provided with equal opportunities to use their gifts and abilities to serve God.”

Commissioner Mark Tillsley is the co-chair of the International Headquarters Gender Equity Task Force. This article was originally written for The Officer magazine, and has been adapted for Others.