You are here: Home › Features › Have We Got It Wrong

Have we got it wrong? 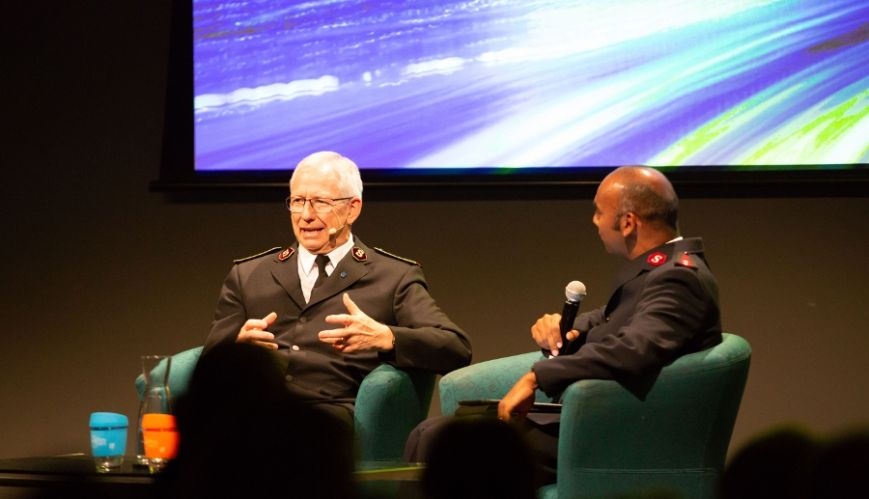 Have we got it wrong?

This is a revamped version of an article that appeared in the January-March edition of The Officer magazine and, having been published in that context, I am sure you will understand that the audience determined much of how the content was presented.

Equity among The Salvation Army’s 17,000 officers remains a concern, but I am convinced that any effort to get to the heart of this matter must include a heightened awareness among local officers, soldiers, adherents and employees who are part of the mission. My hope is that comments generated by this article will positively fuel the conversation that is needed and therefore contribute to any actions determined.

During a recent radio interview I received a compliment about how The Salvation Army has so ably provided opportunities for women within our movement, creating a level playing field of fairness and equity. Though I accepted the compliment with thanks, I quickly added that I wished we were further down that track, given this claim to fame that has existed now for more than 150 years. It is my intention to re-energise our focus and fully respond to gender equity, keeping at the forefront what I believe is a spiritual imperative in regard to God’s value of all those who he calls into ministry.

I thank God that among almost 17,000 active officers, there are countless women who stand in pulpits, direct centres and lead cutting-edge ministry around the globe. This appreciation extends well beyond officer ranks, and as I travel internationally I take note of the significant role being played by women. 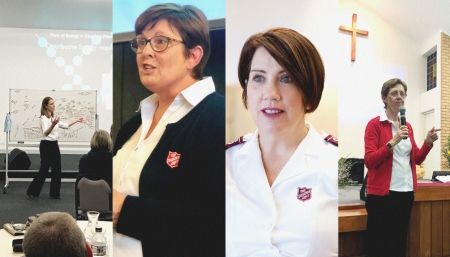 As General, what is now clear to me is that there are relatively few women who are leading in decision-making positions. In the officer/leader arena I am referring to those who lead our training colleges, and divisions, or are in leadership positions at territorial headquarters, specifically those of territorial commander, officer commanding and chief secretary.

These numbers are so negligible that maintaining them or marginally improving them would not provide much of a boost. The current reality, with a few noted and valued exceptions, shows a male-led and influenced Army. This is so, despite the fact that more women than men are ordained officers and enjoy the covenanted journey of service within our Army culture.

At a recent gathering of 40 selected international leaders, I received advice and counsel on two important areas: gender equity and leadership development/succession planning. These topics are related and determined by all international leaders to be at the forefront of our internal and operational culture and call for dialogue and action.

Over the next months, the Chief of the Staff will initiate a phased strategy that will engage all of us as stakeholders through surveys, task groups and a review of Orders and Regulations, in an attempt to identify recommendations that will create the change synergy required. As General, I want to provide space for collective wisdom and reasoning, while accepting the reality that aspects of the journey will find their way back to my desk and the consideration of the International Management Council. In sharing this, I want the international Army to be aware, to be engaged and, in particular, to pray.

I can hear many asking, “So, General, what is on offer?”

I have always struggled with the Founder’s quote: “Some of my best men are women.”I would prefer to say that many of our best leaders are women, many of whom are married and, for whatever reason, are not in positions equal to their training, gifting or individual development.

What is not on offer is a “silver bullet”; a decision from International Headquarters that can change everything. We all need to be intentional and willing participants to bring about a culture shift that will last.

At the heart of gender equity is the “default appointment” – one that is received by virtue of an appointment given to a spouse. There is room for a word of caution here. Many who serve in what are considered to be default appointments are content and fully engaged in Kingdom building. We must be careful! Ministry to women is a vibrant aspect of The Salvation Army's ministry worldwide.

There is also the reality that default appointments are often connected to Women’s Ministries, and those in these appointments should not be made to feel less important. Let it be known that ministry to women (who make up more than 50 per cent of Salvationists worldwide) is the most impactful focus available to The Salvation Army. I am calling for zero tolerance for any marginalisation of this important mission focus. Having noted this, I acknowledge the structure of this needs attention.

If the focus for this article is gender equity, there must be a focus specifically on married women. That being the case, there are other resulting points worthy of consideration:

· Shared leadership – I suspect we will need a theological reflection on equity of leadership in the Army. How does the broader membership of the Army view this?

· The Army’s unique opportunity for married couples serving together – how might we preserve the best of what it means to serve together?

· Individual journey tracks – leaders’consultation with officers will be key.

· Separate ranks – when we unhook what are often viewed as couple appointments, do we also unhook the rank in leadership appointments?

· In what can only be viewed as a male-dominated appointment culture, are we willing to look at significant leader appointments through a “best person for the job” paradigm?

· Equal opportunity in areas of training and development, and exposure to boards and decision-making would need to progress.


I guess before the resounding hallelujahs ring out, a careful, respectful reflection is required, and we would be wise to both speak with and listen to each other. My hope is that, through mechanisms that will come into place, we will be able to do that. As General, it is more important for me to consider careful change in addressing this matter rather than quick, reactive change that further marginalises any Salvationist colleague in any part of the world.

I am aware that there are signposts that are viewed by some as obstacles or barriers. I note only a few:

· I cannot accept any biblical call on this matter except that we are created equal in God’s image. Any other stance is indefensible!

· I note cultural norms in some parts of the world, and while I accept that these exist I call for our organisation to step outside the norms and break with cultural traditions to release the God-given potential in every Salvationist. In some of these cultural realities, the national views have moved further along by removing obstacles, thereby leaving the Army behind in these matters.

· Gender equity points to a deeper concern with regard to opportunity and the Army not being prepared for placement of future leaders. I accept that! So, in our leadership development, let’s have personal development plans for every officer. 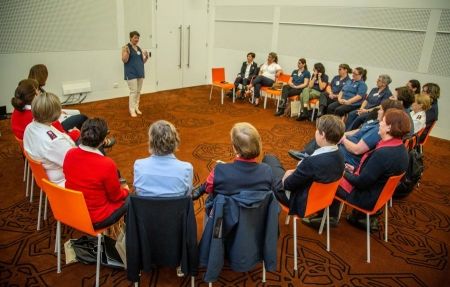 Women in Leadership pilot program gathered at Still Others.

Not many days go by that exclude a reference to or a prayer request for more officers and leaders. That resonates with me and I want to be among those who are candidate recruiters. I want to keep God’s call in front of all Salvationists. As I reflect on the spiritual imperative noted earlier, I ask myself: “Will God give us more leaders if we are failing to manage, use and deploy those we have?”

I find that thought very sobering, because I have to admit that without a shift in our culture as it pertains to gender equity, this General faces a formidable challenge in staffing an international Salvation Army.

I am convinced of Ephesians 3:20-21, which states that our God is able! “Now to him who is able to do immeasurably more than all we ask or imagine, according to his power that is at work within us, to him be glory in the church and in Christ Jesus throughout all generations, for ever and ever! Amen.”

I am convicted by a sense of responsibility for all our resources and especially for our people. I am compelled to say we must be battle-ready now! We must press on! Status quo cannot be our battle cry! I will only consider or accept the status quo if it reflects theological truth and doctrine.

My “Call To Mission” refers to our responsibility to nurture and raise up our young people, the next generation of leaders for The Salvation Army. Any failure will reflect an outcome which is less than God’s desire for us as his Army.

Start a conversation where you are. Engage with your leaders, regardless of where you find yourself in our structure. Applaud and recognise those among you who have prepared themselves for service. Pray that God will give us eyes to see others as he sees us – as workers in his vineyard. Stronger together, regardless of gender, is an appropriate way forward for this 21st-century Salvation Army. I am convinced of this!

General Brian Peddle is world leader of The Salvation Army.