You are here: Home › Features › Mission In A Post Truth World

Mission in a post-truth world Mission in a post-truth world

Will the Church seize the day and be the light of the world, or will it be left behind?

‘Post-truth named 2016 word of the year by Oxford Dictionaries’. What a surprise! I stumbled across this headline as I browsed Google for a definition of post-truth, a term I had been hearing more and more often.

According to the Oxford, post-truth relates to or denotes “circumstances in which objective facts are less influential in shaping public opinion than appeals to emotion and personal belief”. More candidly, however, post-truth was now being called an age – “the age of post-truth”.

Post-truth began in the arena of politics, particularly with Donald Trump popularising the term ‘fake news’. But it is now part of what we experience as the new normal for our lives. The boundaries of truth have shifted. The world has come to accept post-truth as part and parcel of communication and even though we may shake our heads, we cannot avoid noticing the power the rhetoric carries. Absolute truth is being superseded by ‘your truth’ and ‘my truth’.

The onset of the internet and the proliferation of social media has given wings to post-truth. ‘Uncorporations’ and e-commerce are disrupting the established business order. The power of the internet is that it flattens hierarchies and structures that once acted as corporate safeguards.

In today’s digital environment, both for-profit and not-for-profit organisations are challenged by a new marketplace in which the will, appetite, perspective and interests of the consumer demand not only ingenious marketing of products and services but also an ingenious level of product and service creation. In other words, today you’re only as good as your next product or service. Everything is fluid. Nothing is fixed. Resting on laurels or reputation is not only dangerous, but it is also outdated. This confluence of post-truth as a global paradigm shift in how humanity discusses itself, and the internet as the vehicle for the promulgation of post-truth, challenges the foundation of Christianity – Gospel truth! 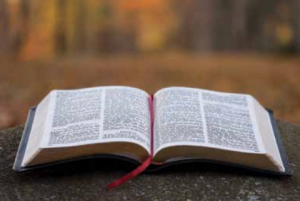 When reflecting on this, my mind traversed to the New Testament and John 14:6. Jesus had been sharing in a deeply vulnerable way with his closest friends. In the next few days, he would be betrayed, tortured and killed. His mission on earth would reach its zenith with his death and resurrection. It was in this intimate but tension-filled context that Jesus revealed who he was in a declaration Christianity has for two millennia adopted as its most fundamental tenet – “I am the way, the truth and the life.”

Today, I ask how truth personified as Jesus can navigate the age of post-truth. It is a stunning question for me, literally. How can the Gospel sit alongside post-truth? How do I as a Christian position the Gospel I declare and follow in a world that no longer values truth as I know it or sees the need for truth the same way I have been taught to recognise it?

Perhaps the more confronting question is about future hope: What hope has the claim “I am ...the truth” of surviving in an age when rhetoric is valued for how it resonates with people’s emotions and beliefs more than how provable the facts may be? The Church, including The Salvation Army, cannot turn a blind eye to the reality that the phenomenon of post-truth is impacting our ministry and the commitment of our people in negative ways. Christian absolute or universal truth is under siege.

We can stand on our dig and say that we won’t compromise who we are or what we believe. The Salvation Army could say that we are a faith-based organisation, no questions asked. This is our right. But surely such a position is more about defiance than communicating the Gospel effectively and, therefore, far from helpful to our mission.

The Church is called to be outward-facing in its disposition, not a closed shop. I propose that the Church’s response to post-truth should have nothing to do with compromising Gospel-truth and everything to do with collaboration and sharing.

To be heard and taken seriously in a world where internet-based ‘uncorporations’ are fast emerging as the new model for both business and charitable success, the Church must be active with every other player, offering its faith-based mission and resources on a partnership basis for the breakthroughs we desperately need in the world. If we don’t, the world will leave the Church behind! Such breakthroughs include eliminating poverty, redeeming the environment, fighting injustice, exposing racism and all other destroyers of human life and dignity.

Just what might a partnership between Gospel-truth and post-truth look like? Perhaps we could start by reading the Scriptures, particularly the Gospels, with fresh eyes. With the advantage of hindsight, we can definitely say that Jesus would have appeared like the post- truth that challenged the truth of Judaism in his day. If YouTube was available in first-century Palestine, I’d say that Jesus’ Sermon on the Mount would be up there as one of the greatest TED talks of all time! In fact, I can see that amid the ‘blessed are theys’ and other elements of this well-known talk, Jesus gives us a big clue about how to be who we are and share our faith in a world that doesn’t see things the way we do: “Do not think that I have come to abolish the Law or the Prophets; I have not come to abolish them but to fulfil them. For truly I tell you, until heaven and earth disappear, not the smallest letter, not the least stroke of a pen, will by any means disappear from the Law until everything is accomplished. Therefore, anyone who sets aside one of the least of these commands and teaches others accordingly will be called least in the kingdom of heaven, but whoever practises and teaches these commands will be called great in the kingdom of heaven. For I tell you that unless your righteousness surpasses that of the Pharisees and the teachers of the law, you will certainly not enter the kingdom of heaven” (Matthew 5:17-20).

Jesus connected with what was seemingly his biggest challenge by first understanding intimately Jewish teaching, by clearly associating himself with it and by knowing wisely how to draw on the Old Testament and the cultural nuances of his day to introduce and embed what we now know as the truth of the Gospel. I can see that following Jesus’ example will give us the start and then the momentum we need to connect and stay connected in this age of post-truth. How else can we engage Millennials and Gen-Zs, particularly, unless we are prepared to know and enter their world?

Recognising and collaborating in these uncomfortable spaces is the new call upon us, the Church. We cannot afford to see post-truth as the enemy come to corrupt our truth. Jesus was big on hanging out in the marketplace while continuing to uphold the values of the kingdom of God. We must find common ground, a collaborative space where our following of Jesus doesn’t alienate the Church from mainstream society and culture but adds value to the world in its pursuit of the common good. It is our faith and values that we don’t want to compromise, not the context for our mission. On 28 September 2019, more than 60,000 people packed Central Park in New York City for the Global Citizen Festival (pictured), a movement aimed at pressuring world leaders to end extreme poverty by 2030. Music was the instrument uniting everyone there. The tickets were free, but to get in participants had to perform good works or promote the causes of the organisation.

Global Citizen Festival offered up a live webcast on Twitter and YouTube along with simulcasts on MSNBC and MSNBC.com. iHeartMedia also broadcast live from the event on more than 150 radio stations United States-wide and live-streamed the concert on the iHeartRadio app. This one festival led to almost US$1 billion in commitments that will affect the lives of 7.6 million people (globalcitizen.org/en/content/impact-report-2019/).

I was disappointed when reviewing the event that the Church was nowhere to be seen, at least not noticeably so. Why weren’t we there in force on 28 September at Central Park? Isn’t this the domain of the Church Jesus was talking about when he said: “For I was hungry and you gave me something to eat, I was thirsty and you gave me something to drink, I was a stranger and you invited me in, I needed clothes and you clothed me, I was sick and you looked after me, I was in prison and you came to visit me”? (Matthew 25:35-36).

What are the common areas that the Church and the world can relate on today for the common good and transformation of people’s lives and circumstances? Last December, with my husband Peter, I attended ‘An Evening with Malala’ organised by The Growth Faculty, an organisation that brings people together in large numbers to hear world-class speakers addressing vital issues for our times.

When we saw the list of major sponsors that night as we gathered with 9000 others in Sydney’s International Convention Centre, it occurred to us that The Salvation Army could have been one of those who made this event happen. Malala Yousafzai’s key message was about addressing systemic gender bias against girls and women in the education systems of many developing world nations, a good fit for The Salvation Army with its justice heart. Later, we considered that in partnering with groups like Global Citizen Festival and The Growth Faculty, or documentary filmmakers or philanthropists, The Salvation Army could not only sponsor key events but also contribute to the conversation that pinpoints the issues that really need the world’s attention. And we would do so from our heart of faith in Jesus, humanity’s ultimate transformer, and with our human resources ready for action and deployment.

I am proposing that rather than the Church being affronted and confounded by the age of post-truth, we intentionally, vigorously, seek out common platforms for collaboration with the rest of society as a shift in our mission focus and methodology. Applying the methodology of collaboration to begin and sustain conversations, as well as transformative action, could prove to be the most effective approach towards the Church’s mission today and into the future.

This can be true both for individual Christians in terms of how we involve ourselves in mission week in, week out, and for the Church’s myriad organisations and mission expressions. I’m talking about non-combative, gracious dialogue and interaction with a view to collaborative partnership being the way forward for mission in a post-truth world.

Captain Tara McGuigan is Corps Officer at Preston Corps, Melbourne. She has previously served internationally with The Salvation Army and in philanthropy development.