You are here: Home › Features › Religion To Relationship 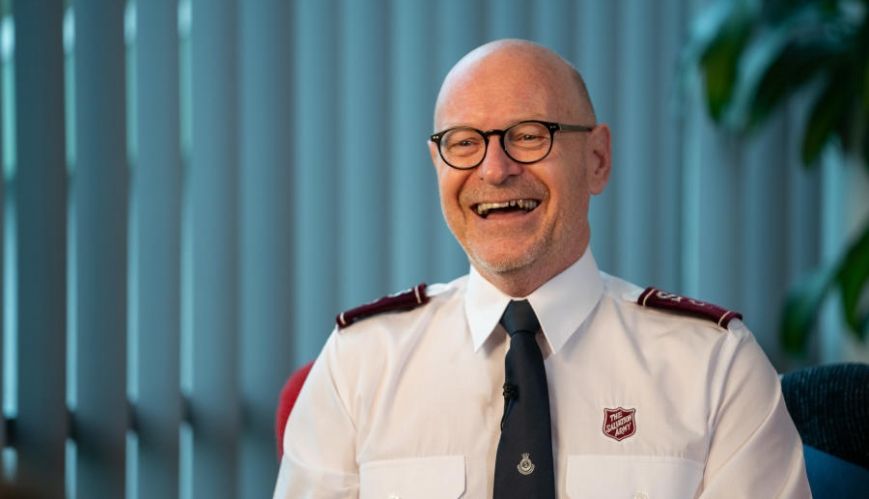 In his own words, Commissioner Robert Donaldson didn’t “get saved” until he was studying to be an officer.

There are times when you are talking with somebody and they disclose something that is, well, a surprise. Commissioner Robert Donaldson, the man who, with his wife Janine, leads The Salvation Army in Australia, has provided one of those surprising moments.

In his own words, he didn’t “get saved” until he was studying to be an officer. He was 25 at the time and only weeks away from being commissioned after studying at the New Zealand Officer Training College. How could this happen? He knows the answer.

His initial and early commitment, he says, was geared more to winning the approval of others than a personal walk with God. A first-generation Salvationist – joining through the influence of an aunt who saw to it that he was dedicated as a baby – he was very much a part of The Salvation Army from childhood, doing the things that Army people do. 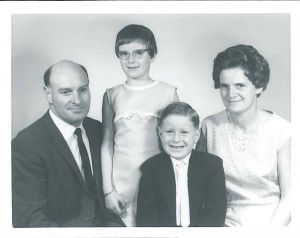 A young Robert Donaldson with his parents and older sister.

His parents joined when he was in his teens. “I like to say that I am first-generation Salvationist and my parents are second-generation,” he says. He grew up in a medium-sized corps, Dunedin South, and participated in the whole gamut of programs and activities.

At 14, and attending youth councils, he recalls God speaking to him clearly about the purpose of his life. From then, everything was focused on obedience to the call. But, it seems, he mistook it as a call to do his duty in The Salvation Army rather than a personal relationship with God. He was corps bandmaster at 18, divisional youth band conductor and a youth group leader.

“I was totally involved; totally committed. But I struggled with myself and with living a God-honouring life, basically struggling in my own strength to live the Christian life,” he says. “I was a very committed Salvationist; hardworking. I read my Bible and prayed regularly and was very responsive to God’s leading. But it was very much based in my head.

“It was pious, and it was religious. It was based on ‘earning’ salvation. My personal acceptance was caught up in the approval of others, which was achieved through hard work. This was wrong and it was so futile.”

Even so, he was committed to the call to that 14-year-old and offered himself for training as a Salvation Army officer at 23. A few months before his commissioning, while still struggling with who he was and reacting badly in some situations, he was counselled by a member of the training college staff. “Essentially, he led me through the sinner’s prayer,” says Robert. “I was set free. In some ways, I got saved at the training college.”

His wife had spoken with training college staff about what she saw as Robert’s spiritual uncertainty. “Initially, it hadn’t occurred to me that he hadn’t experienced salvation,” Janine says, “I suppose that I always assumed he had made a commitment.”

Janine was only seven when she first made a commitment of her life to Christ. Her father, an officer, was preaching in a Sunday meeting and invited people to make that commitment. She did and has always understood its significance. 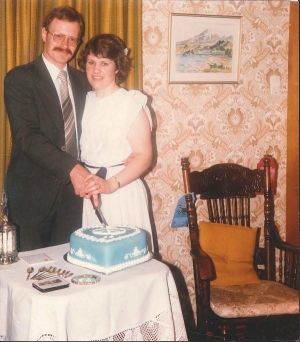 Robert and Janine cutting their engagement cake in 1982.

“But in college, I could see the agony for Robert. At first, I couldn’t work it out. I could see in Robert’s behaviour that there was conflict. He wasn’t at peace. I went to a training college staff member to talk to him about it. It was that person who led Robert to the Lord.”

Robert’s spiritual life changed dramatically. “How did that experience change me? Well,” he says, “life in the Spirit began. I was in relationship with God that was not based on my efforts to gain approval. Of course, that day of spiritual birth was just the beginning and God, by his grace, has continued to work on me ever since.

“So, what is my message for people who may be in a similar situation to mine back then? The Christian life is one of forgiveness and freedom. It is not about earning religious points to feel God’s favour. God’s love is unconditional and boundless. We need to be careful about being formalistic about being saved. How could God call somebody to officership if they are not saved, we may ask. For me, it was going from religion to relationship [with God].”

And, so, by God’s grace, Robert was commissioned as a Salvation Army officer and embarked on a journey initially revealed to him as an early teenager. He studied at the Officer Training College in New Zealand with Janine. They had met at Dunedin South Corps, married in 1983 and now have three adult sons. Before entering college in 1985, Janine was a nurse and Robert a labourer/driver studying physiology at Otago University in Dunedin.

They first served in New Zealand-based appointments before going to Zambia, where a second surprise surfaced. In 1997, toward the end of six years in Zambia, Robert battled with severe lethargy. He felt tired and unfit like never before. 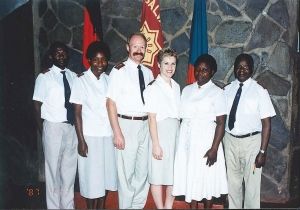 The Donaldsons with the Officer Training College staff in Zambia in 1996.

It was a shock. Robert had always been a fit and healthy man. He had always been on the go, delivering at nine and milk at 11, and playing cricket and basketball as a teenager. He was a rower and prided himself in working in New Zealand before officership as a garbage collector - running behind trucks to collect the rubbish – providing plenty of daily exercise, while studying at university. But this feeling he had in Zambia was like nothing he had experienced before.

Robert and Janine returned to New Zealand, tired, and a new appointment. But Robert’s condition deteriorated alarmingly. Janine had a “full and frank conversation” with their doctor.

Serious tests were arranged. They revealed that Robert had critical heart issues. An immediate quadruple heart bypass was crucial. There were complications. He was told it was unlikely that he would ever work again. He was only 37.

Back in New Zealand after Zambia, the Donaldsons were commanding officers at Timaru Corps. Janine took single command while her husband underwent surgery – and for some time later. She was also running a family, with three boys.

There were difficult moments, she says. “But I remember that when Robert was about to go into surgery, my oldest son, then 15, phoned to say, ‘Mum, just have faith’. It was one of those incredible moments for me. Of course, my son was right. And, with God’s grace, and great family and corps people, we got through it.”

The news of heart problems had been devastating for Robert. His father had suffered several heart episodes. Robert had been a workaholic and he was no longer the ‘dynamo’ he thought he was.

“But,” says Robert, “the heart problems resulted in me discovering and accepting who God had created me to be. It was the beginning of another personal growth journey that matured me in so many areas of thought and life. I still believe in giving my best and working hard. But life and faith is so much healthier than such a confused and unidimensional approach.”

Recovery took time, but it came. There have been 20 years and many officer appointments since the summit of the health scare. “My dependence on God has developed as my reliance on myself has diminished. He has made me stronger in my weakness. I have experienced a relationship based in acceptance and love and not in futile human effort.”

Bill Simpson is a contributing writer for Others Magazine.