You are here: Home › Features › Salvos Funerals Genuine Compassion In Times Of Grief Retired Salvation Army officer Major Dorothy Hosking holds a photo of her sister, Major Joyce Cathcart, who was promoted to glory in 2018.

When Gayle Hardiman’s mother became gravely unwell and doctors told the family that she wouldn’t be coming home from hospital, Gayle knew exactly who to call – Malcolm Pittendrigh, the National Director of Salvos Funerals.

Salvos Funerals is a unique mission enterprise of The Salvation Army that blends practical service with love, support and pastoral care, encapsulating the very essence of the Army.

Gayle had met Malcolm at her job working in radio with Sydney’s Hope 103.2, where Salvation Army mission enterprises, including Salvos Funerals, promote their services.

“Mal Pittendrigh is just such a caring, non-pressure, lovely guy. It was a natural progression to phone him,” remembers Gayle, adding that after that initial call, she met Malcolm at a local caféand chatted for a few hours about her mother, Betty Tyas, and the family’s wishes for her funeral.

Betty had not pre-booked a funeral and Gayle liked the idea of a not-for-profit service like Salvos Funerals, where all proceeds are injected back into the social work of The Salvation Army.

“The day mum passed away we [she and her family members] met Mal and we felt that what could have been a very painful meeting was so beautifully and lovingly handled by the Salvos. All the arrangements regarding the funeral and burial and the church – all of it was caringly done.” 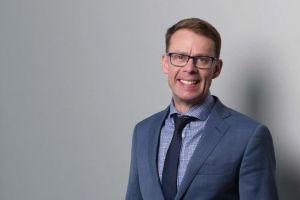 Salvos Funerals has been operational since 2017 in Sydney, Newcastle and the NSW Central Coast. For Malcolm, who came up with the concept and founded the mission enterprise, Salvos Funerals is a natural extension of the work of The Salvation Army.

“The Salvation Army’s mission is to be there for Australians in their time of need, to give hope where it’s needed most,” he says. “The death of a loved one can be one of the most traumatic things a person can face. We can offer families true compassion at their time of grief.”

The Salvation Army National Vision Statement reads: Wherever there is hardship or injustice, Salvos will live, love and fight alongside others to transform Australia one life at a time, with the love of Jesus. Salvos Funerals fits the statement like a glove, coming alongside people during their hardship; living and loving, with its partner services, each individual and family through the remembrance of their loved one.

The service fights injustice by injecting all profits into the broader work of The Salvation Army in the community, including homelessness services, rehabilitation programs and emergency relief for people affected by disasters.

“We can’t take away the sadness of grief,” says Malcolm, “but our aim is to help people grieve and provide a funeral that is a thoughtful blend of remembrance, celebration and mourning.”

By offering transparent and affordable funerals, Salvos Funerals also helps to alleviate the distress and fear of the funeral process.

Not everything went to plan on the actual day of her mother’s burial, with heavy rain and slow traffic conditions delaying the transportation of the flowers that were ordered to sit on top of the burial casket in the hearse.

“We were beginning to get nervous that they would not arrive in time to have my mum transported for the Committal Service but the whole time Mal Pittendrigh kept encouraging us that all would be well and that they would overcome this delay, which they did,” says Gayle.

“That was all hard stuff. When you’re mourning the loss of someone who has been in your life for a long, long time. But it was made easier by the care and love – and there was no pressure – it was just the gentle caring way of Salvos Funerals.”

Gayle says her family was so impressed with Salvos Funerals that they engaged the service when her uncle passed away just six weeks later.

Malcolm says there are plans to expand the mission enterprise, but with Salvos Funerals already one of the fastest start-ups in the country, he says it will be a staggered process. To find out more about Salvos Funerals: salvosfunerals.com.au