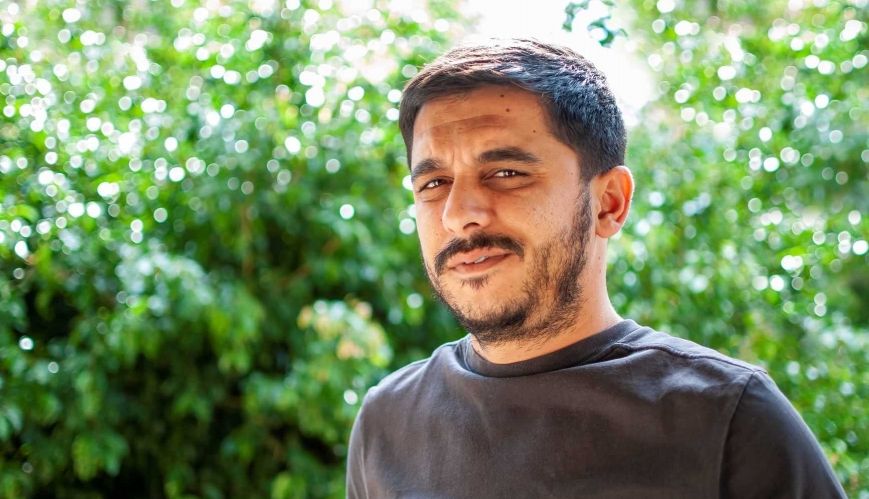 Manesh* was one of many people in the hospitality sector suddenly facing an uncertain future because of the COVID-19 lockdown. Photo: Stock image.

The containment response to the COVID-19 pandemic has seriously impacted the hospitality industry, forcing thousands of people out of work. Experienced chef Manesh* was one of the many people who suddenly faced an uncertain future when the lockdown took hold in 2020.

“My bosses called me ... to tell me that I was not needed anymore,” he says. “And that just mentally broke me down.”

After months on JobKeeper, waiting for restaurants to reopen, Manesh was ultimately made redundant.

“I started drinking too much,” he shares. “I ended up drinking like two litres of Bundy [Bundaberg rum] a day. It was like I lost hope, you know, when you give up on humanity? I was nearly on the verge to commit suicide.”

Unaware that he was not eligible for Centrelink payments due to his redundancy payout, Manesh spent it paying off a loan, believing the sensible thing to do would be to clear all debt. Without any income, he could no longer afford to pay rent. For Manesh, this was the last straw.

After finishing a litre of Bundy, a voice in Manesh’s head told him to go to the local police station. “I went, and these two cops came out, and I told them, ‘I’m either going to commit suicide or do something stupid’, and they sat me down, had a chat with me, and they said, ‘We’ll find you a place’.”

Staying at a friend’s house for two days while he waited for help, Manesh returned to the police station on the third day. “They said, ‘Do you think you are going to hurt yourself or anybody else?’. I said, ‘I don’t want it to go to that stage, that’s why I’ve come here. Can you put me in a rehab or something?’”

Manesh went to hospital. They kept him overnight and put him in contact with a social worker. “She was like an angel in disguise,” he says. “She took all the details and called the Salvos from there, and that very night they arranged a place for me.”

HEART for the homeless

Manesh was given shelter at one of many motels used through the Homelessness Emergency Accommodation Response Team (HEART) Program. Set up by the Department of Health and Human Services (DHHS), this program brought together homelessness-funded services – including the Salvos – to support clients in motels during the 2020 COVID-19 lockdowns.

“On 8 October, at night, I ended up at [the motel], there was this door that opened up to a balcony and there were these trees. I sat there, and I just prayed and cried, and I’ve been clean since then.”

Manesh stayed at the motel for over two months before his Salvos case workers advised him he needed to move. They arranged for him to stay at the Salvos short-term crisis accommodation through the Gateways program.

“The way the Salvos treated me, that restored my belief in humanity. Hope is a beautiful thing. There are people out there who really do care, whether you know that or not.”

For Manesh, the Salvos not only strengthened his faith in humanity but also his faith in God. “Hope, faith and believing in God,” he confirms. “I’ve always been a believer, but now it’s like each and every step I take ...

“It’s like God took me up from the spot which was a black hole and full of negativity. He picked me up, and he just dropped me in a place where there was light ... and I just had to keep on walking towards it.”

Manesh has put on healthy weight, is walking a lot and cooking for himself. His case officer, Deborah, has brought him bags of food and ingredients to assist with this positive lifestyle change.

To give back in some way, Manesh volunteered his time to cook for the homeless residents still supported at the motel over Christmas, which he describes as “a wonderful experience”.

“When I get back on my feet, I want to do something for the community, for the Salvos … volunteer with them. The way they have supported me, that’s hope, that’s humanity in its purest form. To support each other and support somebody who has lost everything.”