You are here: Home › Features › Taking It To The Nextlevel

Taking it to the NextLEVEL 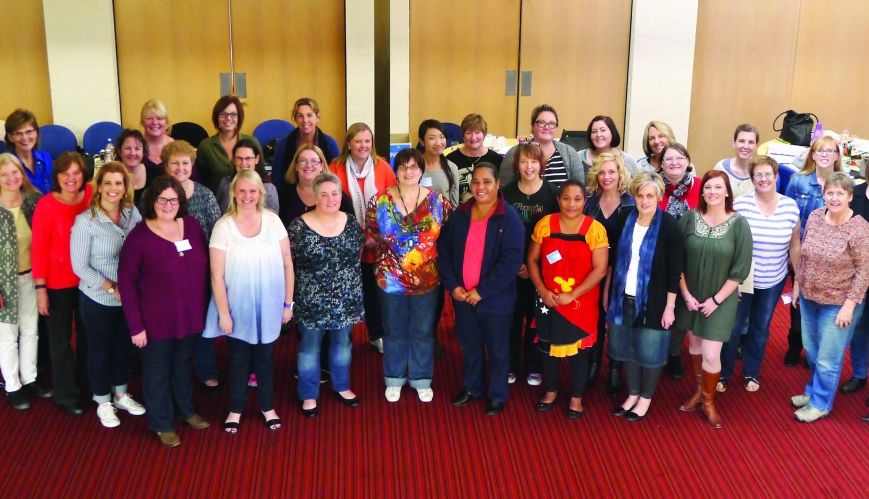 Taking it to the NextLEVEL

The group of delegates who were invited to take part in the NextLEVEL pilot program in Australia.

One the most difficult challenges faced by Salvation Army corps in Australia today is a lack of leadership personnel. In many instances it is not necessarily a lack of desire among people to serve, but rather a sense that the competencies required or their confidence to do so is limited.

In response to this dilemma, the Women’s Ministries Department in The Salvation Army Australia Southern Territory stepped out in faith earlier this year and embarked on an innovative endeavour to bring a program called NextLEVEL Leadership from Canada to Australia and Papua New Guinea. Commissioner Tracey Tidd, having experienced the benefits of NextLEVEL Leadership among colleagues in Canada and the United States, initiated a pilot program to make this training available to develop lay leaders, staff and officers in the territory.

NextLEVEL Leadership is renowned for its focus on growing godly character, developing leadership competencies and inspiring Christian confidence. While the curriculum was initially designed for women in cultures where leadership opportunities for women were limited, NextLEVEL Leadership Australia will be available to men and women – volunteers, lay leaders, staff and officers – when it is expanded into the Eastern Territory and PNG.

NextLEVEL Leadership Australia sits under the umbrella of the Australia Southern Territory and is licensed to reach into every state and territory of Australia and PNG. With the pilot program completed there is a commitment to make the training available to anyone in The Salvation Army from 2017.

The task of identifying delegates for the pilot program was an arduous one for the NextLEVEL Leadership team, as the budget allowed for just 20 delegates across Australia’s two territories and PNG. With research revealing a gap in the leadership demographic at corps level in the under-45 age group, the team wanted to ensure that NextLEVEL Leadership would be relevant and beneficial for people within this demographic.

The program requires a two-year commitment from the participants, therefore it was determined that, for this reason, officers and employees would be invited based on their appointments, having the scope to accommodate this commitment. Officers in their first five years of service were exempt due to their existing study responsibilities. It was also recognised that this would be a fantastic personal development opportunity for people of every age and that feedback from a broad spectrum would be beneficial to the pilot project, so the demographic was extended to achieve this. An endeavour such as this takes enormous investment and there was a need to ensure that the initiative would be sustainable, therefore it is viewed that potential facilitators will be recruited from the pilot group.

The recruitment opportunity gained strong interest and divisional leaders identified many more than the quota of 20 delegates. Recognising the benefit of such an opportunity, a further 15 women were invited as a result of divisional or corps financial support.

Delegates from all around Australia and PNG along with facilitators from Canada met at Geelong Conference Centre for one week in May to complete the four modules of Integrated Leadership. The group consisted of officers and employees engaged in a wide range of ministries, including corps leadership, chaplaincy, community programs, social programs as well as divisional and territorial leadership. A depth of passion for ministry was evident and a desire to bring about change in order to “grow stronger teams for a stronger Army for greater impact”. Each delegate went away equipped with valuable practical tools to increase their competencies in order to enlarge their leadership capacity and effectiveness. They were empowered to share their learning with their families, colleagues and ministry teams.

The curriculum covers many facets of leadership from team building and communication skills to planning for change, growing in confidence and dealing productively with people of different personalities. The training and tools provide delegates with new skills, a better understanding of gifts, deepened faith and heightened passion to pursue calling or vocation. Each of the modules can be held in two days of intensive interactive learning in a small group setting or broken down into two- to three-hour workshops over a number of days/weeks.

Committed to integrating spiritual and leadership development principles, NextLEVEL Leadership uses relational learning, recognising that people often learn better from someone they know, trust and can relate to. It is interactive and incorporates a variety of teaching styles to connect with different personality types. NextLEVEL Leadership uses “strengths based” models of leadership development designed to build on existing skills and competencies and take them to the “next level”.