You are here: Home › Features › Ten Reasons To Believe In Life After Death

Ten reasons to believe in life after death 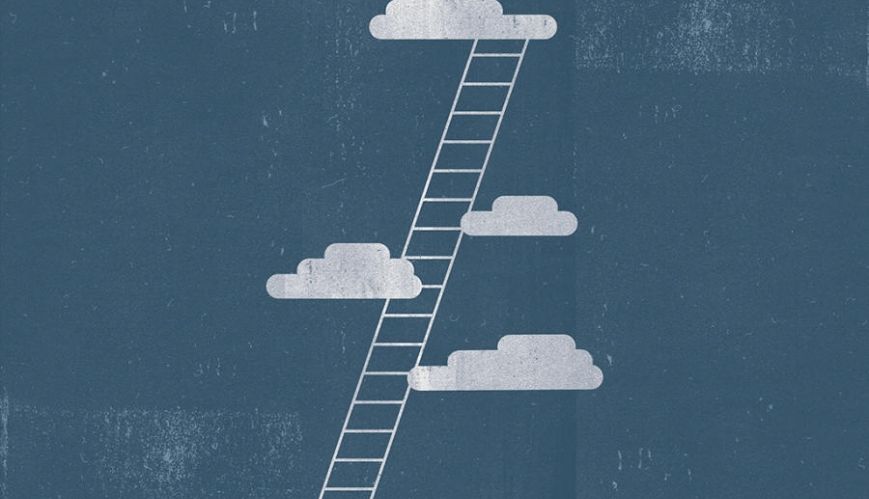 Ten reasons to believe in life after death

'Our Daily Bread Ministries' considers the evidence that we don't have to face death with fear and uncertainty.

From Our Daily Bread Ministries

Easter is the foundation of a Christian’s faith; the resurrection of Jesus the pivotal moment in history when death was conquered once and for all. The apostle Paul emphasised the critical importance of Christ being raised from the dead, and by association opening the way to eternal life for all those who believe in him, when he wrote: “But if it is preached that Christ has been raised from the dead, how can some of you say that there is no resurrection of the dead? If there is no resurrection of the dead, then not even Christ has been raised. And if Christ has not been raised, our preaching is useless and so is your faith ... If only for this life we have hope in Christ, we are of all people most to be pitied” (1 Corinthians 15:12-14; 19).

So, can we believe the promises of the Bible that there is life after death – and that it lasts forever? The greatest fears of life are often connected to the unknown, and for many people the greatest unknown is what happens one second after death. Here, however, we consider the evidence that we don’t have to face death with fear and uncertainty.

1. The injustices of life

It would be difficult to believe that life is good if we knew there was nothing beyond the grave to compensate for problems of inequality and unfairness. While some people seem destined for happiness, others are born into terrible relationships and circumstances. If we could be sure there was nothing to offset unequal distribution of suffering, many would have reason to curse the day of their birth for the way life has treated them (Job 3:1-3). We could agree with King Solomon who at a low point in his life said: “I looked and saw all the oppression that was taking place under the sun: I saw the tears of the oppressed – and they have no comforter; power was on the side of their oppressors – and they have no comforter. And I declared that the dead, who had already died, are happier than the living, who are still alive. But better than both is he who has not yet been, who has not seen the evil that is done under the sun” (Ecclesiastes 4:1-3).

There is much about life that doesn’t seem to correspond with personal problems of unfairness and hardship. But for all that is hurtful and unequal, there is beauty and balance. For moments of horror and violence, there are times of harmony and peace. As age-worn bodies succumb to pain and weakness, children and young animals play with carefree joy. Human art, in all of its glory, corresponds to birds in playful flight and morning song. Each sunset and dawn provides an answer to nature’s need for rest and renewal. Dark nights and cold winters come with the awareness that “this too shall pass”. If there is nothing beyond the grave, the pattern of nature is stunningly incomplete.

The clinical evidence for life after death is subjective and arguable. It’s often hard to assess the significance of “out-of-body experiences”, encounters with bright lights, long tunnels, or angelic guides. It’s difficult to know how to respond to those who speak of temporary near-death visions into heaven or hell. What we do know is that there are enough of these kinds of experiences to create a sizable library on the subject. Taken as a whole, this body of evidence shows that as people approach death, many sense they are coming not to the end of existence but to the beginning of another journey.

The human heart hungers for more than this life offers. Each of us experiences what King Solomon called “eternity in [our] hearts” (Ecclesiastes 3:11). While it is difficult to know what Solomon meant, it is apparent that he was referring to an inescapable longing for something this world cannot satisfy. It was an emptiness of soul that Solomon could not escape. For a while, he tried to fill this inner void with work, alcohol, and laughter. He tried to satisfy his longings with philosophy, music, and sexual relationships. But his disillusionment grew. Only when he returned to his confidence in a final judgment and afterlife could he find something large enough to satisfy his longing for significance (Ecclesiastes 12:14).

While some believe it’s impossible to know whether there is life after death, belief in immortality is a timeless phenomenon. From the pyramids of the Egyptians to the reincarnation of New Age thinking, people of all times and places in history have believed that the human soul survives death. If there is no consciousness or laughter or regret beyond the grave, then life has fooled almost everyone from the Pharaohs of Egypt to Jesus of Nazareth.

The Bible names God as the source of immortality. It describes his nature as eternal. The same Scriptures tell us that God created us in his likeness and that his plan is to welcome his children eventually into his eternal home. The Scriptures also teach that God introduced death into human experience when our first ancestors trespassed into the darkness of forbidden territory (Genesis 3:1-19). The implication is that if God allowed the human race to live forever in a rebellious condition, we would have unending opportunity to develop into proud, self-centred creatures. Instead, God began to unfold a plan that would ultimately result in the eternal homecoming of all who chose to be at peace with him (Psalm 90:1; John 14:1-3).

Some have argued that immortality is a New Testament idea. But the Old Testament prophet Daniel spoke of a day when those who sleep in the dust of the earth will be resurrected, some to life and some to everlasting shame (Daniel 12:1-3). An author of the Psalms also spoke of the afterlife. In the 73rd Psalm, a man named Asaph described how he almost lost his faith in God when he considered how evil people prospered and the godly suffered. But then he said he went into the sanctuary of God. From the perspective of worship, he suddenly saw evil men standing on the slippery ground of their mortality. With new insight, he confessed: “You guide me with your counsel, and afterwards you will take me into glory. Whom have I in heaven but you? And earth has nothing I desire besides you. My flesh and my heart may fail, but God is the strength of my heart and my portion forever” (Psalm 73:24-26).

Few would accuse Jesus of being an evil man or a false teacher. Even atheists and people belonging to non-Christian religions usually refer to Jesus with deference and respect. But Jesus wasn’t vague or indefinite about the reality of a continuing personal existence after death. He said: “Do not fear those who kill the body but cannot kill the soul. But rather fear him who is able to destroy both soul and body in hell” (Matthew 10:28). Jesus promised Paradise to the repentant thief who was dying at his side, but he also used the Valley of Hinnom – a foul garbage dump outside of Jerusalem – as a symbol of what awaits those who insist on risking the judgment of God. According to Jesus, facing the reality of life after death is the most significant issue of life. He said, for example, that if an eye keeps you from God, you have reason to get rid of that eye. “It is better for you to enter the Kingdom of God with one eye than to have two eyes and be thrown into hell” (Mark 9:47).

9 The resurrection of Christ

There is no greater evidence for the existence of life after death than the resurrection of Jesus Christ. The Old Testament predicted a Messiah who would overcome sin and death for his people (Isaiah 53; Daniel 9:26). The testimony of Jesus’ followers is that he did just that. He voluntarily died at the hands of executioners, was buried in a borrowed tomb, and then three days later left that tomb empty. Witnesses said that they had seen not only an empty tomb but a resurrected Christ who appeared to hundreds of people over a period of 40 days before ascending to heaven (Acts 1:1-11; 1 Corinthians 15:1-8).

Belief in life after death is a source of personal security, optimism, and spiritual betterment (1 John 3:2). Nothing offers more courage than the confidence that there is a better life for those who use the present to prepare for eternity. Belief in the unlimited opportunities of eternity has enabled many to make the ultimate sacrifice of their own life in behalf of those they love. It was his belief in life after death that enabled Jesus to say: “What good will it be for someone to gain the whole world, yet forfeit their soul?” (Matthew 16:26). It is the same truth that prompted Christian martyr Jim Elliot, who was killed in 1956 by the Auca Indians, to say: “He is no fool who gives what he cannot keep, to gain what he cannot lose.”

Article reproduced with permission from Our Daily Bread Ministries. For more information please go to ourdailybread.org