You are here: Home › Features › The Dangerous Drift In Disneys Vision

The dangerous drift in Disney's vision The dangerous drift in Disney's vision

Cowboy sheriff Woody has undergone a transformation of perspective over the fourToy Story movies.

The passage of time enables you to see how things have changed, for better or worse. Three decades of writing scripts, of reviewing children’s films, have made it plain to me that there is a glacial shift in entertainment underway.

And nowhere is it more evident than in the works of the movie-market leader, Disney Today, The Walt Disney Company controls the four most significant production houses for children’s storylines. At its core is Walt Disney Pictures, responsible for family classics ranging from Snow White and the Seven Dwarfs through to Aladdin. In 2006, when CEO Robert Iger realised Disney hadn’t created a memorable animation character for 10 years, he added Pixar to its roster, gaining CGI titles from Cars to Monsters Inc. In 2009, Disney followed up with the purchase of Marvel Entertainment, adding a cavalcade of superheroes and villains to its catalogue.

And six years on, Disney welcomed Lucasfilm aboard, thereby acquiring the Star Wars and Indiana Jones franchises. In short, Disney now owns a controlling interest in our most beloved characters.

The result has been a domination of the family entertainment market. In 2018, The Walt Disney Company had more titles in the top 10 highest-grossing films than any other production company.

This translated to a staggering $4.4 billion in United States tickets alone. Worldwide, Disney’s movie and music business generated revenue of $14.7 billion, up from $12.3 billion in 2017.

Add to that Disney’s revenue from consumer products of $2.3 billion in retail and other sales, plus $4.5 billion in licensing, publishing, and games ... and you start to get a picture of just how invested we are in its storylines. Which begs the question, what have we got for our money?

From the beginning, Disney has been a company with a vision of how the world ought to be. The production company’s trademark ‘be all you can be’ philosophy has its roots in founder Walt Disney’s own inherent optimism and determination to succeed.

From Pinocchio’s dream to be ‘a real boy’, to Merida’s determination to ‘be free’, Disney’s characters have always championed the individual’s right to follow their dream. Like Walt, Brave’s heroine believes we play a role in finding our happiness: “There are those who say fate is something beyond our command. That destiny is not our own, but I know better. Our fate lives within us, you only have to be brave enough to see it.”

Yet Walt’s creative drive to make his ‘dreams come true’ was always held within the greater framework of a relationship with his creator. He was a devoted Congregationalist, a brand of Christianity that holds strongly to the Bible as the only way of knowing God. 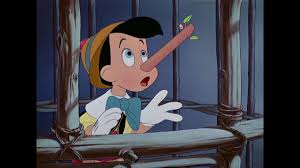 Walt firmly believed that though we should strive to be everything we could be, we do that best when we connect with our creator: “Whatever success I have had in bringing clean, informative entertainment to people of all ages, I attribute in great part to my Congregational upbringing and my lifelong habit of prayer.”

Yet the sort of entertainment Walt’s company is currently producing is drifting ever further from the idea that we might require direction or inspiration from anything other than our own hearts. From Wreck-it Ralph to judicious Jedi, characters are finding less need to rely on hearts outside our own.

Take the Toy Story franchise as an illustration. In 1995, Toy Story’s characters found their chief joy in ‘belonging’. First and foremost they were Andy’s toys. He was the god of their bedroom universe and they couldn’t think of anything better than bringing him joy.

Woody was threatened by the arrival of Buzz Lightyear and conspired to see him gone, but that’s only because he believed that more of his owner’s love for the newcomer meant less for himself.

Yet by the end of the film, our cowboy hero comes to the conclusion that there is room in his owner’s heart for all of them, and they can please him together. This togetherness became the theme for 1999’s Toy Story 2. Woody falls into the hands of a toy collector and the rest of Andy’s toys set out to save him.

Meantime, Woody is confronted with two possible futures: one in which he is played with and suffers the usual trials of a toy’s life; or one where he’s kept in pristine condition, but disconnected from his purpose. For Woody, the choice is obvious: Woody: Japan? No, no, no, no, no, I can’t go to Japan! Jessie: Ha, ha, ha ... What do you mean? Woody: I have to get back to my owner, Andy! Look, look, look, see! (points to the name on the bottom of his boot).

Woody isn’t ashamed to be a toy, or to find his pleasure in pleasing someone else, because he’s always known that’s what he was made for. He and the rest of the toys take joy from belonging to someone.

However, a great deal changes in the following 11 years. Happiness and Andy begin to separate in 2010’s Toy Story 3, as the plot takes an end-of-life turn. Andy is preparing to go to college and no longer needs toys. Once again, Woody and the gang face two futures.

The first is going up into the attic with all the Christmas decorations, an option that’s infinitely more preferable to their other fate: ending up at the dump and falling into a fiery furnace. But instead, the toys opt for a third option. Rather than ascend or descend they’ll find themselves a new owner and keep playing for the foreseeable future. There’s lots to be said about the strong heaven/hell parallels here, as well as the characters’ collective decision to choose neither, but one thing remains constant. Our hero’s purpose is found in belonging to someone else, a prospect only the villain thinks is a bad thing:

Lotso: No owners means no worries. We don’t need owners at Sunnyside, we own ourselves. We’re masters of our own destiny.

Yet by the time Toy Story 4 arrives, the villain’s philosophy has become the hero’s hope. Nine years later, and the world sees belonging to someone else, and finding your meaning in their happiness, to be a poor prospect. Woody goes on a road trip with his new owner, Bonnie, only to discover his owner’s affections are fickle, and not something you can trust your future to.

Eventually, Woody heeds the advice of a good friend and chooses to find his own meaning. Having done his time pleasing someone else, Woody decides it’s now time to please himself.

The Toy Story franchise sits well in the Disney catalogue because its episodes are all ‘life lesson’ scripts. You can’t help wondering, though, where Disney hopes kids will apply this wisdom. Are they supposed to apply it to their relationships with other kids? Or maybe their parents? Hopefully not their marriages!

One thing’s for certain, though: being ‘owned’ is no longer an option. As he watches his old life pull away from the parking lot, we’re led to believe that Woody has made the brave choice in not building his life’s meaning on serving anyone, unless it’s himself.

It’s hard to truly know where Walt Disney stood with God. He was certainly a man with faults. His biographies talk about the perfectionism he demanded from his staff, and the workaholism that adversely affected his family. Yet I suspect even he’d be surprised at the distance his company has placed between children and something greater than themselves.

However, the Bible views that perspective as the one we need the most. Proverbs says it is “the fear of the Lord” that is the beginning of wisdom. The greatest instruction to happiness the Scriptures contain is to “love the Lord your God with all your heart and soul and mind and strength”.

And when Jesus teaches his disciples to pray, he begins by instructing them to see God as hallowed above all else, our own concerns included. As one preacher put it to me, the first step up is a step down. Or as James puts it, “Humble yourselves before the Lord, and he will lift you up” (James 4:10).

But if there is one baby step believers could help their families take back towards our Creator, it would be to remind them that they do not exist for the sake of their own stories.

Buzz Lightyear had to come to realise he belonged to someone else, that he existed for their joy, before he could experience the personal joy he was designed for all along.