You are here: Home › Features › The Reconciliation Action Plan In Motion

The Reconciliation Action Plan in motion 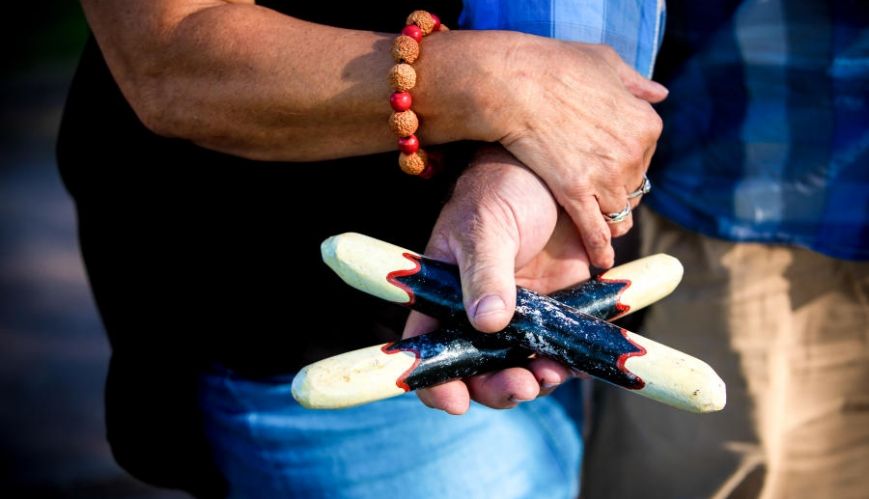 The Reconciliation Action Plan in motion

“Through our ongoing commitment to reconciliation in Australia, The Salvation Army is committed to playing our part in the working for the shalom in our communities across Australia,” shares Lieutenant-Colonel Lyn Edge. Photo: Cazeil Creative

The Salvation Army’s ongoing commitment to reconciliation in Australia 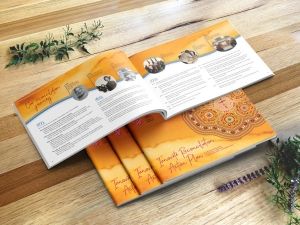 Have you ever been to a place where you don’t speak the local language? It’s pretty unsettling, isn’t it? Language is not only a basic communication tool, it is a vital carrier of culture and meaning.

In an article in the Sydney Morning Herald on 26 January 2021, television journalist Stan Grant spoke of how his father wrote the Wiradjuri dictionary and how he travelled to teach that language to a new generation. This was the first time his Wiradjuri language had ever been fully written down. He says, “It has been some journey for my father, who saw his own grandfather arrested for speaking that same language to him when he was a boy.”

Of course, not all words translate easily from one language to another. In Biblical Hebrew there is a word that does not translate easily into English. The word is ‘shalom’. It is difficult to translate because it is rich and deep and there is no single equivalent word in English. Sometimes it is translated as peace, or wellness or prosperity. However, this word is not the absence of conflict but the presence of flourishing. Shalom is the right ordering of things. The active pursuit of the world as God intended, where every person, place and even the planet flourish.

The prophet Jeremiah calls the people to “Work for the shalom of the city where I have sent you; pray to Yahweh on its behalf, for in its shalom you will find your shalom” (Jeremiah 29:7).

Through our ongoing commitment to reconciliation in Australia, The Salvation Army is committed to playing its part in the working for the shalom in our communities across the nation. This is expressed in the strategic initiative, which says, “The Salvation Army will actively journey and partner in mutual respectful relationship between Aboriginal and Torres Strait Islander peoples and non-Indigenous peoples for our mutual flourishing”.

Through our cultural competence project, which includes our national Reconciliation Action Plan, we are taking further steps on our journey towards that mutual flourishing.

There are toolkits and training, policies and frameworks, working groups and procedures – all forming part of the cultural competency and capability framework. But, most of all, there are people committed to listening to and learning from Aboriginal and Torres Strait Islander peoples. We journey together towards understanding and healing the hurts from the past and charting a new course of respect and justice for the future.

A new kind of community

The national Reconciliation Action Plan is a historic step for The Salvation Army in Australia. As we look at what it means to engage with Australia’s First Nations peoples using innovation, Aboriginal and Torres Strait Islander Salvationists are encouraging mission expressions to connect and build relationships with their local community. 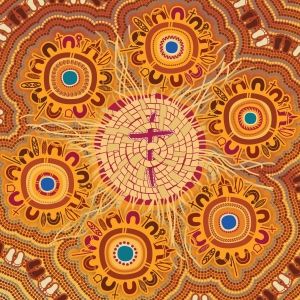 The Salvation Army launched this artwork in November 2020 in the lead-up to the launch of its first national RAP.

“My faith, my spirituality and my old people remind me that we are kingdom and community builders of the Creator,” says Shirli Congoo, Aboriginal and Torres Strait Islander Ministry General Manager.

“Let’s genuinely engage and immerse ourselves in our local communities – to hear them, to see them and to see individual lives and families be transformed, both physically and spiritually.”

“Let’s be intentional about connecting and re-examining how we do ‘church’ or community,” says Shirli. “As Jesus followers, we are called to imitate him in word and deed. Looking beyond feeding the hungry and clothing the naked, we are called to give First Nations peoples a voice through providing opportunities in places where they have had no or limited representation. We must work towards empowering First Nations peoples by walking alongside them. This grant provides an opportunity to engage locally and include their voice.”

A new wave of unity

With the implantation of the RAP, grants are available for mission expressions to facilitate cultural activities with and alongside our Indigenous communities – igniting mutual relationships so reconciliation can flourish.

At Moree Salvos in the north-west of NSW, Jason and Jessica Poutawa have been walking alongside the community for four years. However, Jason’s journey with the Salvos began when he was just 10, and experienced the benefits of Salvos programs and camps. The couple knows that connecting with local Aboriginal peoples is crucial to bringing the Kingdom of God to their community.

“The RAP is definitely a guide to direction as to where The Salvation Army should be heading,” said Jason. “Locally [it highlights] areas of commitment and where are we going to make an impact with Aboriginal peoples to work holistically towards reconciliation.” 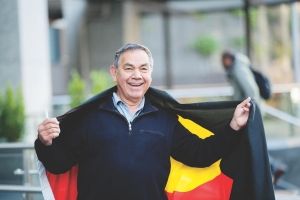 Uncle Vince Ross says a new wave is coming that will unite all Australians in reconciliation.

The Salvation Army in Moree runs multiple children’s ministries that engage any Aboriginal families in their community. A kids club, youth group, schools programs and a leadership program catered to more than 60 children a week prior to COVID-19. And as corps members consider how the RAP and grants apply to them, they see the opportunity to be more culturally aware and Christ-like.

“For me, as an Aboriginal person, I’ve lived through the years of discrimination and attitudes that kept our people on the bottom of the socioeconomic ladder, without any hope of a change for the better,” says Uncle Vince.

“Well, it’s good to say that the trend is changing, and my experience tells me a new wave is coming that is going to unite all Australians.”