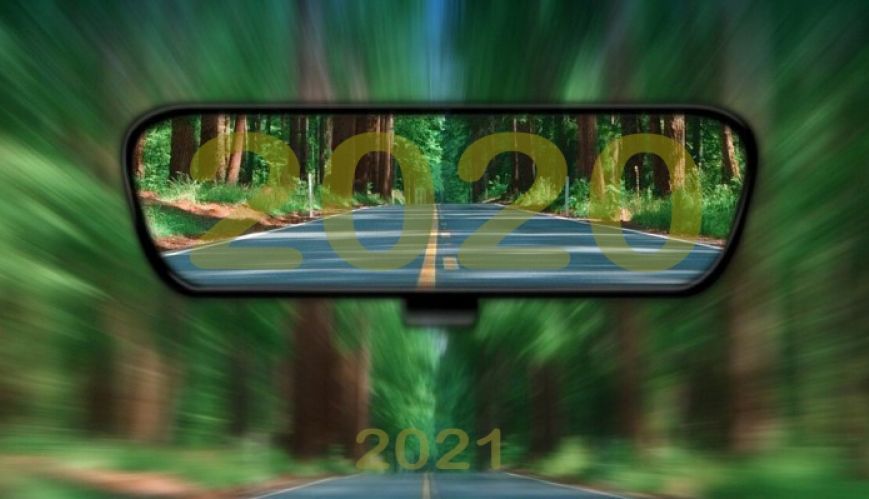 No one making their New Year’s resolutions as the clock struck midnight on 31 December 2019 would have dreamt what 2020 had in store – especially in The Salvation Army and specifically for its 140th year in Australia.

Still supporting victims of floods, drought and some of the worst bushfires Australia has seen, the Army had to meet head-on a new enemy – the pandemic that began sweeping the globe: COVID-19.

As COVID-19 case numbers grew across the world in the early days of the pandemic, the health and lockdown landscape was changing by the hour. Countries closed borders and movement was restricted. Economies screeched to a halt and cash was frowned upon. Schools shut. Thousands lost jobs. Families were separated. Lives changed. People died.

Handshakes were discouraged in favour of elbow touching, and hugging was a big no-no. Sneezing and coughing into elbows was encouraged and hand sanitiser was everywhere. Wearing masks became common practice across many countries. And it is best not to mention the Great Toilet Roll Shortage of 2020.

Zoom, incorrectly in the eyes of the protectors of good grammar, became a verb just as Hoover has in England for the chore of vacuuming the carpet and Google to describe using the internet. 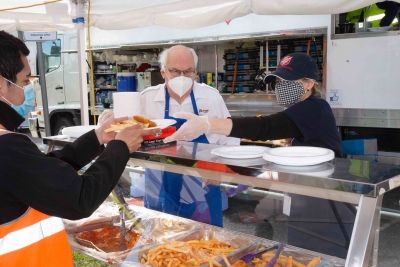 Salvation Army volunteers soldiered on with masks during the Melbourne COVID lockdown, serving a community in need.

This time, the Army worldwide couldn’t escape. Its employees and its soldiers and its resources were equally as affected as those it usually was able to help.

Despite being equally affected, the Army continued to roll up its sleeves to help the vulnerable and less fortunate in the community and prepared for what Major Brendan Nottle, from Project 614 Corps in Melbourne, termed “a tsunami of need” as the pandemic fallout revealed itself.”

In the Army world, in the week that began on Monday 16 March, the leaders of the Australia Territory, through its Human Resources department, were telling people that those who could work from home should. Church congregations stopped meeting and many started producing online services to help congregations continue to worship.

In Brisbane, clients were taken from the Pindari homeless men’s and women’s shelter and put into a standalone high-rise tower, along with others housed by two other similar organisations to protect them as they were considered some of the most vulnerable in the community.

Elsewhere across the country, the Army focused on the need to find suitable accommodation for the homeless and ‘rough sleepers’ as that ‘community’ was considered one of the most vulnerable to the spread of COVID-19. Residents of aged care facilities were shut off from their families and friends as they, too, were considered acutely vulnerable.

With the benefit of hindsight, the Army in Australia can look to 2021 with 2020 vision. In the review mirror, it can be seen how 2021 will be shaped by the lessons and experiences of 2020 and how new ways of Local Mission Delivery were introduced – and not all electronic.

Donating to the Army looks different now and questions are being asked as to whether traditional Red Shield Appeal doorknocking and shopping centre collections have vanished as online donation opportunities were the story of 2020. Even in corps, the collection plates moving seamlessly up and down the pews is questionable.

The Ross family from the Sunshine Coast showed initiative through adversity by walking, running and jumping 300km to raise money for the Army – all during their two weeks of mandatory quarantine in a Sydney hotel.

Our most sacred of days were affected: ANZAC Day saw Salvationist musicians across the country playing the solemn bugle calls of ‘Reveille’ and ‘The Last Post’ in their driveways at dawn. At Easter, people held candlelight vigils in their front yards.

Australia’s worship arts team produced the unique 3 Bags Unpacked online production, which was an adaptation of The Prodigal Son story.

Salvos Stores reported a boom in sales when it introduced online trading.

Along with all the online innovation, there was the adapting to social distancing with community meals moving to takeaway rather than dine-in and the introduction of ‘church in a bag’.

Even as the year closes down, some corps have not returned to face-to-face worship as the size of their worship facilities do not allow for social distancing between congregation members. Some corps have taken to meeting outside so that they can meet those measures, which has resulted in them being evangelistic and outreaching in nature.

Despite the year of turmoil, God continued to ‘turn up’ and bless the many new initiatives that were started in his name. Even at Christmas, the generous spirit of the Australian public and business community came to the fore as many corps, missions and centres reported a massive outpouring of donations of toys and food for hampers – more than in other year.

Many corps experienced an increase in people making contact, investigating how to begin a faith journey, as social media and online content increased but not solely from that.

The year 2020 threw many proverbial curveballs at the world but Salvationists continued to live, love and fight and, in adjusting to the new challenges, have set themselves up for what many hope will be a period of revival in seeing more people transformed with the love of Jesus.

Then there were some non-COVID-related Salvation Army events that happened in 2020.