You are here: Home › Features › When The War Is Over

When the war is over When the war is over

A familiar sight in every grocery store across the nation at the start of the coronavirus pandemic. Photo: John Cameron (Unsplash)

One of the familiar stories we tell ourselves when reflecting on hard times is that “they changed us”. I’m not so sure. Having passed through the heart of the coronavirus crisis, I’d suggest it is more accurate to say, “they revealed us”. There’s no doubt that COVID-19 changed the practical nature of our lives, much like 9/11 or the Great Depression for a previous generation. Yet whether it reached our souls is an altogether different question. What will remain in our hearts post-pandemic is more likely to be what was growing there all along.

On the list of life changes great and small, my first realisation that the world was shifting around me hit around 5pm one Thursday afternoon. It suddenly occurred to me that my telephone was strangely silent for that time of day. In fact, it had been so all week. Where was the fusillade of telemarketing calls that I had become so used to dodging, I wondered? Why wasn’t someone ringing me to ask if I, “... wanted to take full advantage of the government’s new taxation laws?” Or alert me to, “... a virus that required immediate attention!” The realisation sparked a game between my wife and I that went on for almost a month. Yet at a micro-level, a hush had descended on our suburb, and in the soft light of autumn it did feel very much like internet sensation Kitty O’Meara’s poetic prediction would come true: “And the people stayed home. And read books, and listened, and rested, and exercised, and made art, and played games, and learned new ways of being, and were still ... and the people healed.”

True, it was an Australian bubble of calm, even a middle-class one. But I don’t think we were alone.

Empathy on the rise

Inside our little house, there were definitely changes for the better. The most obvious was family time. Subtract the daily commutes and the host of after-school activities. Halve the amount of shopping time. The result was hours of non-electronic FaceTime. That translated into games that didn’t have controllers and the Lego Renaissance. Conversations took place that weren’t based around requests. We ate meals together. And, as Christians, we rediscovered that long-lost Holy Grail ... the family Bible study.

Socially, empathy was on the rise. My wife and I became much more aware of the kids’ schooling. Neighbours we struggled to talk to over the fence were rediscovered in the park. Add to this a growing sense of the effect of our choices on this community around this. Washing your hands, covering your mouth and queueing patiently were just a few of the ways we learned to serve each other. A whole class of ‘vulnerable people’ came into sharper focus that included previously neglected friends and family members. Church became more precious despite moving online, because it was our last link to the body of Christ. In fact, because no one was watching, worship became a heart choice. The same could be said for witnessing. We had to decide whether we truly believed Jesus was the way, the truth and the life. So, paradoxically, at a time when contact became increasingly difficult, we found ourselves praying earnestly over messages, calls and screen chats, hoping God would do something big with the little we had. But while COVID returned some things, it revealed others. Smarter minds can quantify the weaknesses in our economy, education system, logistical infrastructure and rule of law the previous months have highlighted. Let me return to the personal ...” 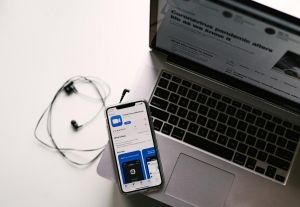 The first and clearest revelation had to do with relationships. Since the internet began, people have speculated wildly about the potential technology held for human relationships. Facebook was built on the promise of new and meaningful communities for people who might never meet in the flesh. As the pandemic progressed, though, we discovered the tangible difference between virtual and actual friendships. In those early lockdown days, video calling seemed an elegant solution to keeping work teams together, while maintaining fractured social relationships. Soon the computer desk became the destination for work meetings, social catch-ups, craft clubs, exercise sessions, church services, Bible study groups ... the list goes on. Yet it was all the same destination, and sitting in front of that screen became a wearying prospect. Enter the term ‘Zoom fatigue’.

According to Andrew Franklin, a professor of cyber-psychology at Norfolk State University, video-calling is the computer equivalent of communicating through a keyhole. The human brain is used to relying on multiple verbal and visual cues but “... a typical video call impairs these ingrained abilities and requires sustained and intense attention to words instead”. Talking to multiple people at once only magnifies the strain on our brains. Exhaustion sets in. People start switching off even when they’re switched on. And so together we discovered that ‘online relationship’ is an oxymoron. We can’t hold people at a virtual distance and pretend we’re relating meaningfully. At a time when we’d never been so connected, we never felt so alone.

In fact, the COVID-19 crisis revealed just how fragile our grip on inner peace was. In the month of March, research released by Omnipoll revealed 44 per cent of Australians felt afraid of the future, with 47 per cent feeling helpless. Data released roughly four weeks into the national lockdown revealed that Australians were drinking more and had concerns about their alcohol use and the drinking of others in their household. The Foundation for Alcohol Research and Education reported: “20 per cent of Australians purchased more alcohol and 70 per cent of them are drinking more alcohol than normal, with one third (33 per cent) now using alcohol daily.” 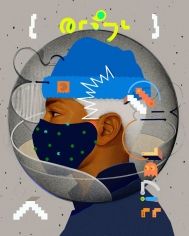 Early stories of neighbours helping each other out with offers of assistance and gifts of toilet paper gave way to tales of theft, profiteering and to public steps to prevent hoarding. My Chinese friends began to share stories of increasing racism in the office as fellow workers talked loudly about, “Whose fault this is!” On the national stage, countries were playing their own blame game and, for once, no one seemed to be questioning the increasingly nationalistic approach to foreign policy. The rate of infection in other countries and the rising death tolls were only spikes of anxiety on the evening news even as we congratulated ourselves that Australia was ‘crushing the curve’.

The long-term outcomes of the pandemic are likely to be just as revealing. The coronavirus has provided us with a ready-made excuse to live for ourselves. Politically, we’ll probably look very differently on overseas engagement and migration, especially where Asian countries are concerned. International travel will take on a different feel, and the concept of the gap year overseas is likely to be lost for some time. COVID-19 will affect the questions we ask our schools and the amount of food in the cupboard that we’ll consider ‘sufficient’. Work will undoubtedly change. We are a nation that learned it can work at home and some will undoubtedly want to continue that. Among them will be unscrupulous employers who’ve realised that keeping their workforce at home is a way of curtailing costs.

Doubtless, some jobs, hours and privileges lost in the face of the crisis will never return as companies use it as a ploy to restructure.

Where we end up will, in truth, depend very much on what our hearts already treasured. We’ll only show more love if love is what we value every time we have to make a choice. The same could be said for charity and generosity. It’s the same in the life of the Church. We were only going to find more fellowship in this crisis if we valued that above living for ourselves. Likewise, we could only hope to become better witnesses to the world around us if we already felt that witnessing was important. It all comes down to what we treasure because treasures come first.

Jesus wasn’t ignorant of this. He warned that we live in a world where nothing can be counted on. Everything is gradually or suddenly being taken away from us: “Do not store up for yourselves treasures on earth, where moths and vermin destroy, and where thieves break in and steal. But store up for yourselves treasures in heaven, where moths and vermin do not destroy, and where thieves do not break in and steal. For where your treasure is, there your heart will be also” (Matthew 6:19-21).

Society’s meanness emerged during this pandemic because it resided in the hearts of ordinary, decent folks who in the end actually believed there was nothing more than this world to be had. As those who believe in a world far more permanent than this one, we owe it to the One who guarantees our place there to live as though we were never in danger of losing anything.