Major Margaret Violet Watson was Promoted to Glory peacefully from her home at Blue Cross The Boulevard (Vic.) on Sunday 27 September 2020. She was 74 years old. 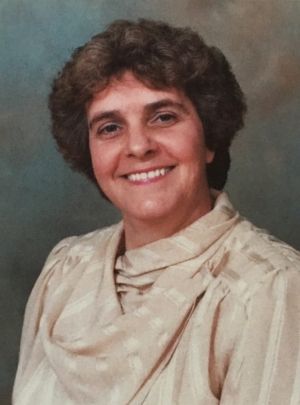 Formal ministry for Margaret began a little later than most when, in 1987, aged 40, she followed her calling and took on the position of manager at the Family Welfare Centre in Hobart. At the same time, she also started her studies to complete the Mature Age Training Course (MATC).

Twelve months later, in January 1988, Margaret relocated to the appointment of assistant manager at The Haven Centre (Vic.), where she served for 15 months, and on its closing took on the role as assistant corps officer at Orbost Corps.

In 1993, Margaret relocated to Healesville Corps, then Millicent Corps (SA) in 1997-98, before moving back to Victoria to Corio Corps during 1998-2000, and then accepted the appointment of Assistant Director, Programme/Chaplaincy at Inala Village. She served faithfully here for five and a half years, before becoming a chaplain at Bethany and Weeroona aged care in 2005-06, and then a chaplain at Mary Anderson Lodge in 2007. Margaret’s final appointment was as a migrant and refugee services officer in Melbourne, which she held from January 2008 until her retirement on 30 May 2010.

In retirement, Margaret remarried Ray Watson, and together they enjoyed many happy times together travelling and making wonderful memories.

Our love, sympathy and prayers are with Ray, Peter and Shane, their families and grandchildren, as well as the many friends honouring Margaret’s life. May God bring comfort to those who mourn her passing, confident in the knowledge that Margaret is now at peace with her Lord and Master.