You are here: Home › Global Focus › A View From The Romanian Border

A view from the Romanian border 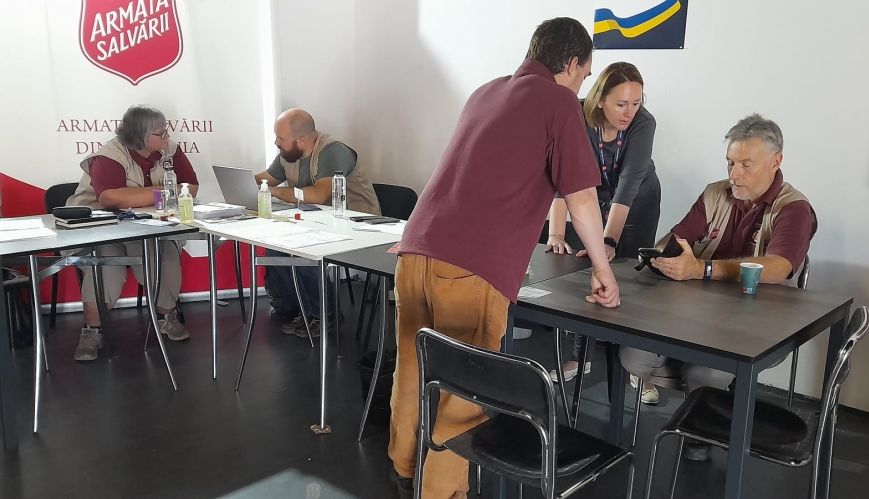 A view from the Romanian border

How did you come to be in Romania with the IES team?
I’ve been part of the IES team for several years now, having first trained with them in Sydney and then in Kathmandu, Nepal. I was closely involved with IES for several months during 2015 and 2016 in the aftermath of Cyclone Pam that brought destruction upon the islands in Vanuatu. IES team members are deployed to provide support and assistance to areas where The Salvation Army has a presence, as well as other countries affected by disaster and conflict.

What is your role there?
My role in Romania is to assist the local Salvation Army in assisting children, women and families who have fled war-torn Ukraine for the safety of neighbouring Romania.​

How long is your deployment?
Two months. I left Australia on 28 May and will be returning home on 28 July.

Where in Romania are you, and will you be there for the duration of your deployment?
I’m currently in Bucharest, the capital city of Romania, and may be here for the duration of my employment. Things can change quite rapidly though, and I might find myself serving elsewhere. We are working out of Romexpo, an exhibition centre, which the city has turned into a refugee centre. Here The Salvation Army works alongside UNHCR (the United Nations’ refugee agency), World Vision, Save the Children, and several other NGOs (Non-Government Organisations) and local community groups and volunteers.

Who are you working with on your IES team?
Major Heather Rossouw (Team Leader) from South Africa, Captain Daniel Bisko from the Czech Republic, Yuliia (herself a Ukrainian refugee) who IES has employed as an interpreter. We are together supporting the Romanian Divisional Leaders – Majors Ionuts and Roxana Sandu. The IES has been in the country since March. We replaced the previously deployed team, and another team will arrive late July to replace us.

Can you describe what you are seeing as you serve – the people, the work, the public response?
I’m witnessing the amazing resilience of people. There is a relative calm, perhaps a sense of relief at having escaped the dangers of war, and yet there remains the anxiety and concern for those they have left behind. The Romanian community has accepted the Ukraine refugees with open arms and open hearts. There is a constant stream of local people bringing donations to the centre, much like what we witness in Australia when the public responds so generously to those affected by natural disasters. 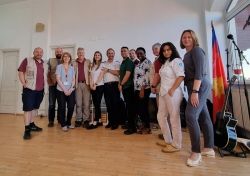 Members of the IES team come from all over the world.

How are you feeling when you see, talk to and hear the stories of those who have fled the war?
My heart goes out to the people of Ukraine. It’s hard for me to imagine what they must be going through, coming from Australia where we live in freedom and peace.

What is the atmosphere like where you are?
The atmosphere where I’m working is peaceful and calm. The volunteers here have worked hard to ensure it is so. There is compassion, care, love and even laughter.

What are some of the main challenges for you in your work?
The language barrier. I’m in Romania, serving people who are not Romanian. There are two foreign languages to try to understand. Thank God for sending Yuliia to translate for us! But they say that 80 per cent of communication is non-verbal, l so I have been able to show compassion and empathy with body language and facial expressions.

How are the refugees responding to Salvation Army help?
The help that we can provide, which at present is vouchers that can be used at local shops and pharmacies who have partnered with us, is gratefully received and appreciated. There are no arguments, no complaints, only a genuine gratitude for what we can do.

For how long will The Salvation Army remain in Romania?
The IES will continue to support the Salvos in Romania for as long as the crisis continues.

What are some of the joys you are experiencing despite the circumstances?
Witnessing the generosity of spirit. Working alongside Romanians united in purpose.

How can people in Australia help?
Donate online and pray.