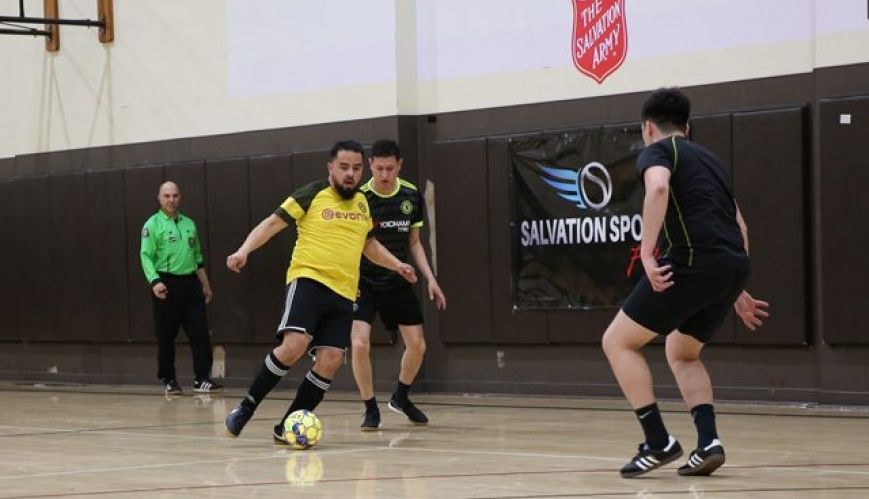 The Salvation Sports Futsal League, in partnership with local corps, is enabling community connections and relationships to be built and developed.

When lifelong soccer player Eric Riddle couldn’t find a fun, peaceful atmosphere to compete in as an adult, he took matters into his own hands – or, more accurately, his own feet.

“Being a soccer player for so long, I had frustrations with overly aggressive leagues,” said Eric, founder and owner of Salvation Sports Futsal League in Pasadena, Californina. “There are a lot of people who just want to play, be safe, and then go home.”

Eric experienced what he calls a “divine intervention” that led him to a chance meeting with Major Darren Norton, the former corps officer at The Salvation Army Pasadena Tabernacle Corps, in 2013.

The pair met at a soccer coach meeting and discussed the need for a better way to connect the community with the benefits of soccer in a positive, supportive environment. To make that happen, Eric worked with Major Norton to secure a facility where youth and adults alike could partake in indoor futsal games on a weekly basis. The Salvation Army donated the space and the equipment, while Eric provided everything else to organise the league. Fun and fellowship, as well as sport, are highlights of the league.

With that, the Salvation Sports Futsal League – and a successful partnership with The Salvation Army – was born. What started as a one-day-a-week league with five teams has grown to 40 teams with more than 250 people from Pasadena and the surrounding areas participating four to five days a week.

Games last for 40 minutes each and are played at The Salvation Army facilities in Pasadena and Glendale. Players of all ages can sign up for 10-week sessions. Even Captain Terry Masango, Pasadena Corps Officer, has joined in the fun – and fellowship.

“It’s an organic way for us to build friendships,” said Captain Masango. “As the pastor and corps officer here, [playing in the league] is also a type of outreach. I get to talk with guys I would otherwise never meet.”

One such player, Robert, has become involved at the corps because of the program. Originally from Iceland, he started playing futsal with the league in 2016 and has become more plugged into other parts of ministry as well, including volunteering as a bell-ringer at Christmas time, Captain Masango said.

And when a number of women in the local corps also expressed interest in playing, a church team was formed that now plays together on Monday nights in the co-ed league. 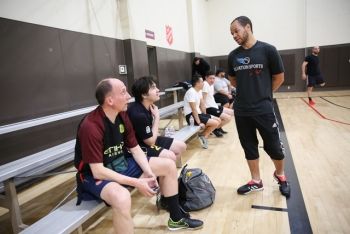 The Salvation Sports Futsal League is about much more than just the game. Eric worked with Captain Norton to develop an atmosphere that correlates with Salvation Army values. While he donates a portion of the proceeds of the league’s funds directly to Salvation Army programs, there’s also an emphasis on respectful play, which means no cursing, swearing or fighting.

“People know when they come to play here, there are higher expectations,” Eric said. “We train our referees that way. We go out of our way to make sure aggressive behaviour doesn’t happen in our league.”

That doesn’t mean there aren’t plenty of thrilling moments to go around. Matches feature Brazilian and Spanish music to help capture the atmosphere of some of the most exciting soccer from those countries and to pay homage to the origins of the game. The league’s futsal games are streamed live on YouTube so friends and fans in the community can watch from home.

For Captain Masango, the spiritual benefits and socio-emotional health benefits of participating in such a program can’t be overstated. Futsal offers a great outlet for goal-setting outside of work, and having a scheduled practice or game is also beneficial for simply getting people out of the house while creating an opportunity to be social in a Christ-centred environment outside of a more conventional ‘church program’.

Most of all, the league has helped spread joy.

“I personally don’t really like going to the gym,” Captain Masango said. “But running around, chasing the ball with your friends—it’s good exercise, and it’s fun.”