The Salvation Army's global Anti-Human Trafficking Task Force empowers "Communities of Practice" programs and education workshops in many different nations around the world.

The Salvation Army Anti-Human Trafficking Task Force (AHTT) works throughout the world to help combat this grave violation of human rights, and one of the fastest growing international crimes on the planet. 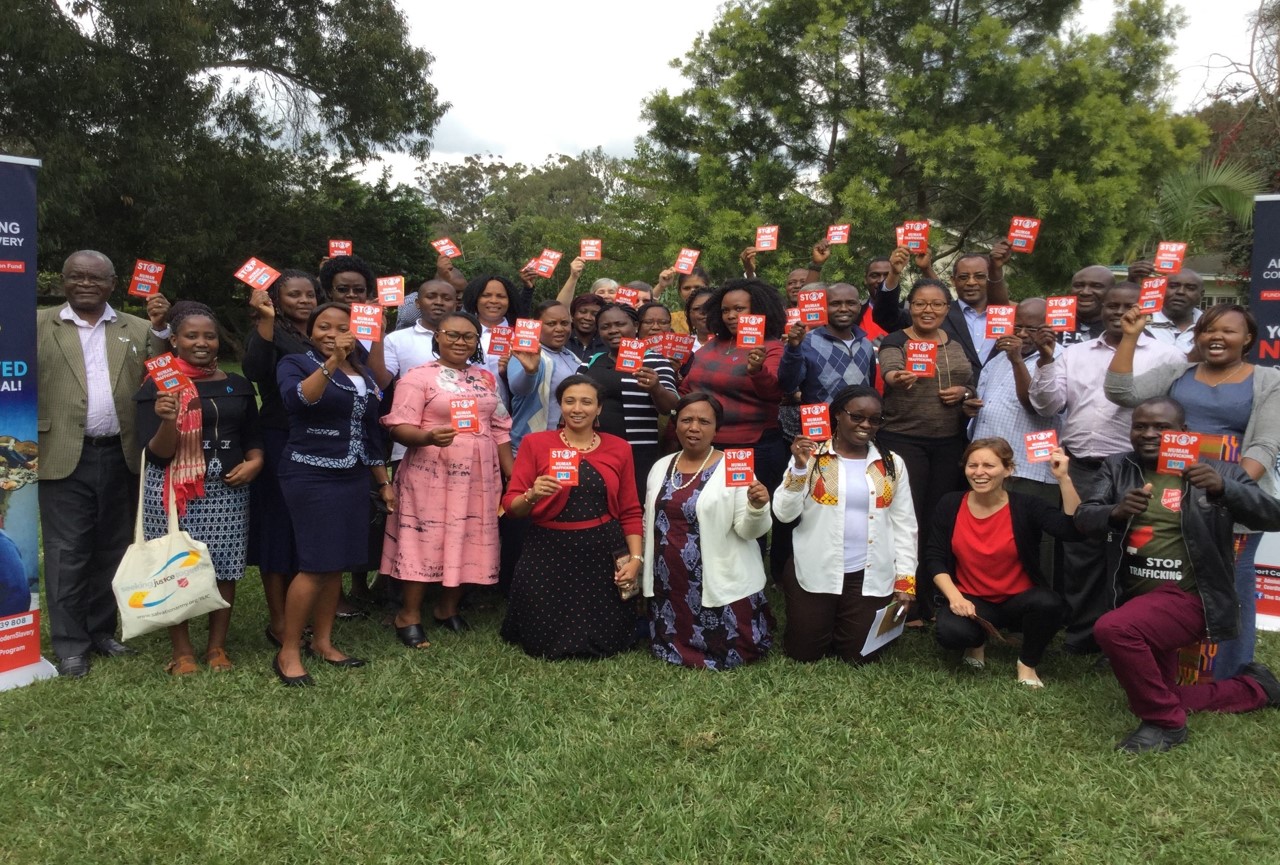 The AHTT ran a workshop in Africa for training and awareness raising.

Lieutenant-Colonel Eirwen Pallant, Deputy Director of The Salvation Army’s ISJC, is the chairperson of the AHTT, with Commissioner Bronwyn Buckingham, World Secretary for Women’s Ministries.

“Historically much of the AHT work has been started by Women’s Ministries and in much of the developing world the Modern Slavery and Human Trafficking Response remains in this area,” explained Lieut-Colonel Pallant.

“Most of the developed world has transferred this into the Program Department.”

The AHTT includes two people from each of the Army’s global zones, as well as staff with an international projects perspective.

“We have also been intentional about gender balance, although this has been impossible to achieve, simply because it is the women who are doing most of the work,” said Lieut-Colonel Pallant. “They are an amazing team of people, highly motivated and committed, and I cannot speak too highly of them.”

In Europe, the AHTT communities of practice is represented by the European Network of Contact Persons and in the Americas it is the North American Anti-Human Trafficking Committee.

“The AHTT is trying to help the other zones develop communities of practice to share learning, support and encourage one another,” explained Lieut-Colonel Pallant.

For example, the latest AHTT workshop was held in Cambodia for the South Pacific and East Asia Zone, of which Australia is part.

"The Salvation Army Australia sees the need for a regional response and strengthened connections with our partners working in the Asia Pacific," Dr McGavin said.

"The workshop in Cambodia helped set a process in motion that we believe will bring services in the region together and promote sharing of knowledge and information and the capacity to work more effectively together."

The Salvation Army has a history of engaging with social justice issues from its beginning in the second half of the 19th century, including action to deter the trafficking of young girls into prostitution in Victorian England.

In 2015, in response to the international nature and the immensity of the problem, General Andre Cox (Rtd) decided that an international task force was needed “for the purpose of promoting, encouraging, supporting and coordinating an anti-human trafficking response within The Salvation Army around the world”.

The work of the AHTT includes:

A written resource for Salvation Army church congregations to know and understand how to respond to human trafficking.

The International strategy is built on a framework of possible response based on the 7Ps:

“Churches can particularly contribute, not just with specific projects, but as congregations – praying, raising awareness and welcoming victims and survivors into their fellowships as people of value to be loved,” said Lieut-Colonel Pallant. 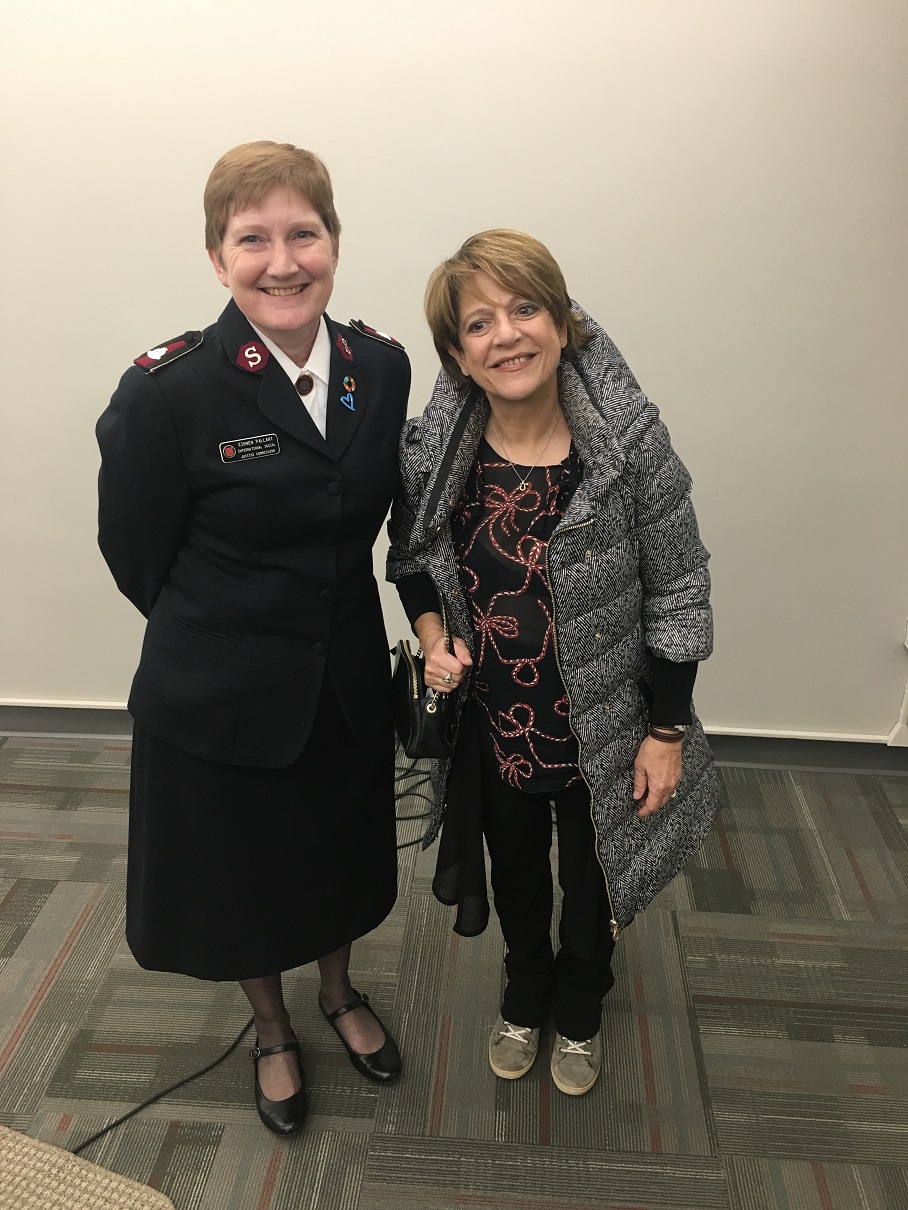 “The present response of The Salvation Army includes aspects of all the Ps in the framework. Prayer and participation in awareness raising are the most widespread but we also have multiple targeted poverty alleviation and income generating programs, outreach to victims and survivors, both institutional and community based rehabilitation programs, including accompaniment for those seeking legal redress and programs that work with offenders.

“We are also seeing the results of our workshops, with an increase in the support of the work in many countries, increased awareness raising in our churches and in their communities, and multiple specific anti-human trafficking initiatives started from India to Kenya and Nigeria to the Philippines.

Partnerships have been made at local and regional levels, including other anti-human trafficking agencies, law enforcement and judicial systems. Internationally there has been close collaboration with The Anglican Alliance and Stop the Traffik and, more recently, with Caritas and ACT Alliance.

In the United States, some Salvation Army anti-human trafficking personnel have had the opportunity to speak to governments.

To find out more about the ISJC – part of The Salvation Army’s International Headquarters, click here