You are here: Home › Global Focus › Larne Corps Has The Chatter That Matters

Larne Corps has the chatter that matters 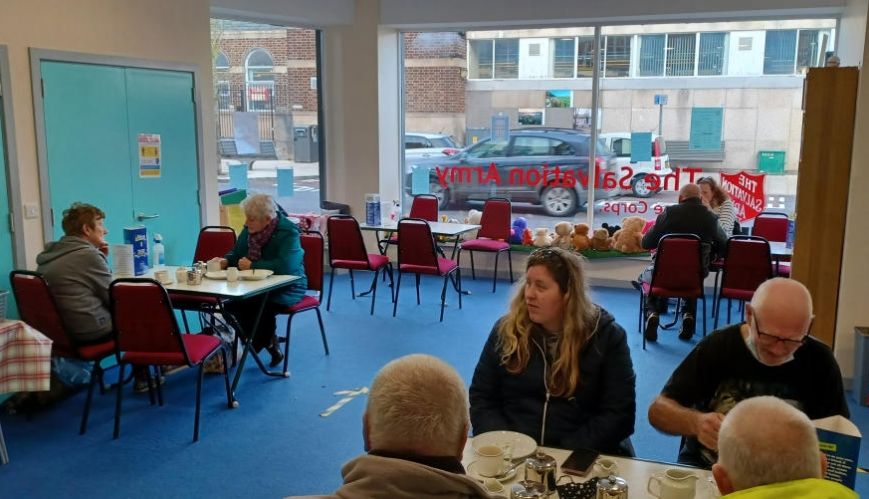 Larne Corps has the chatter that matters

People at The Salvation Army Larne Corps drop-in morning in Ireland enjoying conversations sparked by the Chatter and Natter concept.

Talk is cheap, they say, but a tiny corps on the east coast of Northern Ireland is discovering it can have kingdom rewards by encouraging old-fashioned conversation.

About three years ago, Larne Corps, in the Ireland Division of the United Kingdom Territory with the Republic of Ireland, embraced ‘Chatter and Natter’, which was introduced in 2017 by UK organisation The Chatty Café Scheme.

Corps officer, Captain Philip Cole, said the corps contacted the Scheme organisers suggesting Chatter and Natter would be a good fit for its drop-in program on Tuesdays and Thursdays and coffee mornings on Wednesdays.

As part of Chatter and Natter, a person sits at a table with a specially printed tri-fold 'table talker' card on it which signals their interest in having a chat with others in the café. 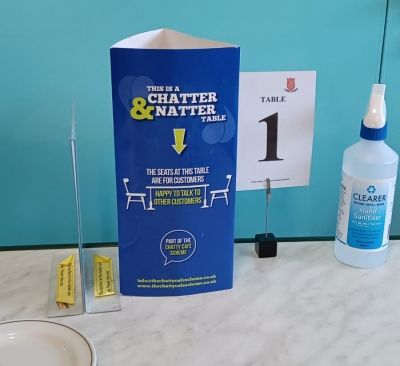 The table card which invites people to join the conversation at Larne Corps in Northern Ireland.

Chatter and Natter has been successfully co-ordinated by a team of volunteers as part of the corps community program, overseen by his wife, Captain Annemarie Cole.

The program was suspended during the height of the COVID-19 pandemic but recently started up again with an increasing number of participants.

Philip said Larne Corps was the only Army mission expression of which he was aware that had adopted the Chatter and Natter concept but others had shown interest in introducing it.

More than 1500 cafes across the UK have implemented the concept, which has also been adopted at venues in other countries, including Australia.

Philip said the corps program provided opportunity for anyone to attend its other activities. "It is nice to see this happening."

He said people were able to make new friends in a safe environment while they enjoyed a cup of tea, a snack or a meal from the varied menu provided each week.

Philip said the Chatter and Natter concept suited the size of the corps building as it could only sit 15-20 people at tables. "We had no choice but to encourage people to sit with others, including those they may not yet know. It is great to see new friendships being made through this initiative."