You are here: Home › Global Focus › Princess Grace Of Middlesbrough A Covid Hero 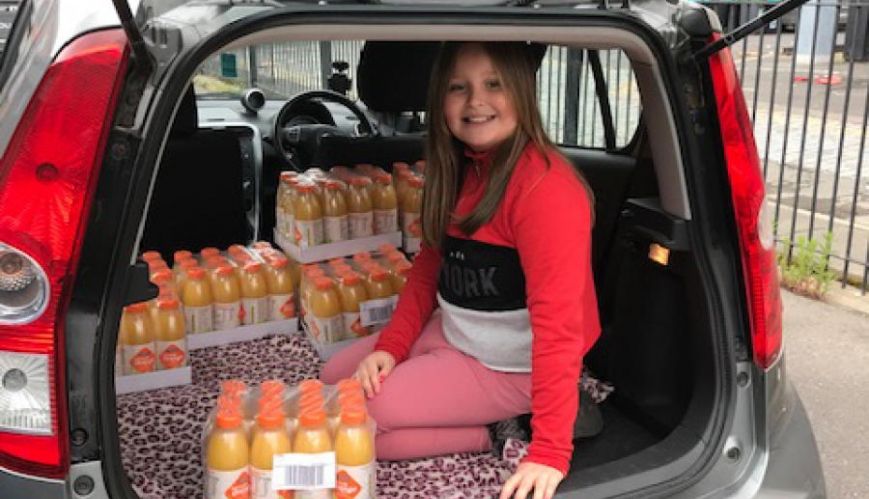 Packing a punch: Nine-year-old English junior soldier Grace Kelly has been signalled out for a Mayor’s Award for her commitment to helping others during the COVID-19 lockdown in her home town of Middlesborough.

Nine-year-old Grace Kelly is proof that one really cannot be too young to have a mission heart and putting faith into action.

Grace, the daughter of Lieutenants Naomi and Chris Kelly, Corps Officers from Middlesborough City Corps in the United Kingdom and Ireland Territory, recently was presented with a Mayor’s Award for what she did in her community at the height of the COVID-19 pandemic.

Grace’s mum, Naomi, said the award was “a bit of an odd one ... more a Facebook-type award. The mayor basically featured one person each day for a month or so during the height of the pandemic. He posted a short paragraph about what each person had done and titled them as a ‘COVID Hero’.”

Grace, a junior soldier, said she enjoyed the opportunity to “help people when they’ve needed it”. “I had fun,” she said. “I’ve also enjoyed making new friends with the volunteers.” He said Grace began volunteering at Middlesbrough City Corps in April after her school was forced to close during lockdown. “Initially, Grace went along to play on her iPad, but she soon ditched the iPad and has helped out ever since.”

“Grace was at the corps every day and, as well as packing food parcels for struggling local families, she provided refreshments for the other corps volunteers,” Andy said. “At the height of the pandemic, Grace was packing 100 food parcels a week. Grace is clearly a COVID hero and, with a name like Grace Kelly, perhaps we should rename her Princess Grace of Middlesbrough!”.

Grace’s parents were not the only family members proud that she was presented the award.

In Perth, Western Australia, her Uncle Brian and Aunty Hannah Allan said they were “incredibly proud” of their niece.

“Grace has always been action-driven, so it came as no surprise that rather than sitting quietly in the Middlesborough Corps hall, she would want to be helping as part of the team,” said Aunty Hannah [Naomi’s sister]. “We know that being away from school, her much-loved netball and her friends during the UK COVID shutdown was hard for her as it was for most but, as always, she was a positive little superstar.” 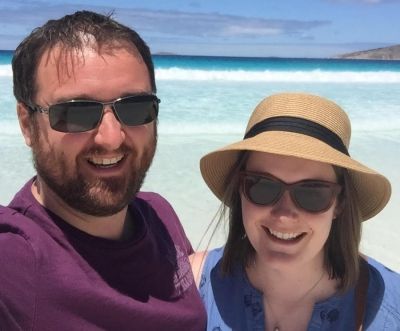 Grace's Uncle Brian and Aunty Hannah who live in Perth.

Hannah said she and Brian had hoped to return to England earlier this year for a family visit but were unable because of pandemic restrictions.

Naomi said Grace was a willing volunteer. She was given the job of ‘bag manager’ within the corps weekly food support service. “Grace took on the responsibility of choosing which items to put in the food parcels and, as volunteers were kept to a minimum, packed the bags herself,” Naomi said. “For Grace to be recognised by other people for her volunteering work – and during a time of national crisis – means the memories will stay with her forever.

“Grace has used the time to learn different life skills and see that, sadly, not everyone lives a privileged life.

“She has supported families with food parcels and has seen children come into the church with their families looking for help. She has always known part of what we do for the local community but has now actually experienced it and that makes us incredibly proud of her.”