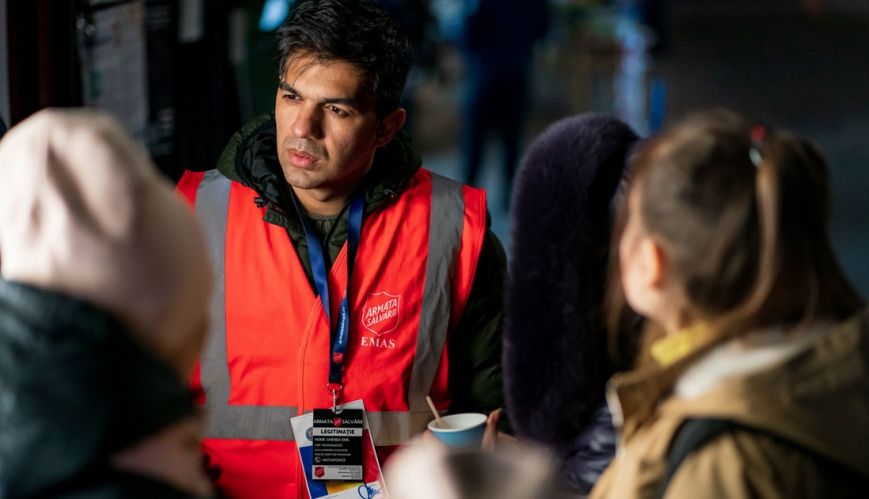 Since the conflict in Ukraine began in February, The Salvation Army has been providing humanitarian aid across Eastern Europe. Emergency response teams took immediate action, providing critical relief and emotional and spiritual care through extreme challenges and distressing conditions.

“As an international movement, The Salvation Army has a long-standing presence in Ukraine and neighbouring countries,” says Lieut-Colonel Brenda Murray, Director of International Development in the Canada and Bermuda Territory. “Because we are already part of the communities in which we serve, we are ready to respond and serve immediately in times of crisis.”

In Ukraine, The Salvation Army Eastern Europe Territory notes that, as of 25 March, all Ukrainian officers and soldiers are alive and are in places of safety. However, both the Kharkiv and Donetsk corps in eastern Ukraine are not currently active “due to the dangerous situation around them”.

While the Eastern Europe Territory is not the largest in number, its response to the crisis has been swift and far-reaching. “Under these challenging circumstances, we are doing our best, and God provides us strength and courage,” the territory reports.

In Romania, The Salvation Army is assisting with a social services hub operated by the local government in Bucharest. The Army also continues its ministry at the Siret border crossing.

“We met a lot of people who were desperate because they were running from war and they were trying to find a safe place,” says Lieutenant Emil Ghenea, sharing about the refugees in Siret. “And we were here to be with them and help them because they needed to feel that we are with them and that they are not alone.”

In Moldova, the Army continues to provide accommodation, food, and other supplies to refugees as needed.

Outside the Eastern Europe Territory, the Army has actively supported refugees in multiple locations in Poland, Germany, Hungary, Switzerland, Belgium, and France.

This article first appeared in the Canadian Salvationist magazine (salvationist.ca).