You are here: Home › Global Focus › Volunteers Who Help The Army World Go Around Celebrated

Volunteers who help the Army world go around celebrated 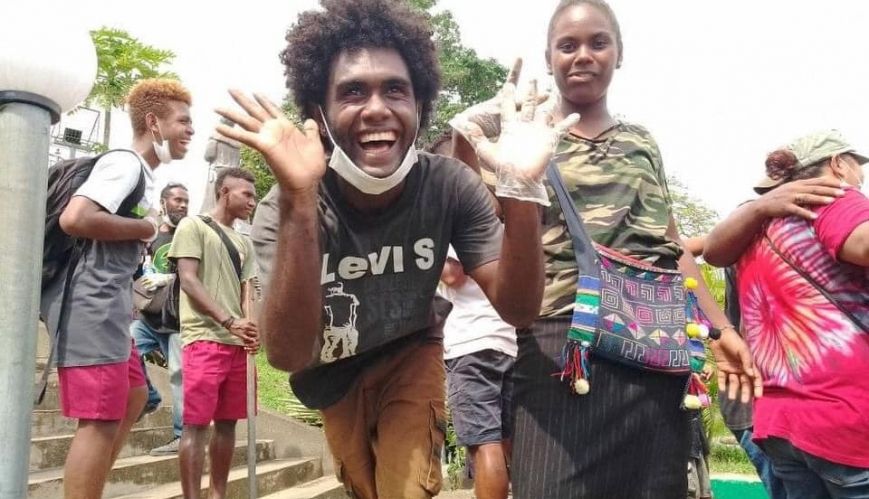 Volunteers who help the Army world go around celebrated

Abraham Taba’a from The Salvation Army Honiara Corps gets into the groove to volunteer with other corps youth to help Inner City Youth clean up around the Solomon Islands capital. Photograph: Mitlyn Taba’a.

This weekend, The Salvation Army is to say "thank you" to the many thousands of volunteers who give of their time, expertise and compassion to the many programs and initiatives the movement runs in the 132 countries where it is represented – all part of International Volunteer Day. 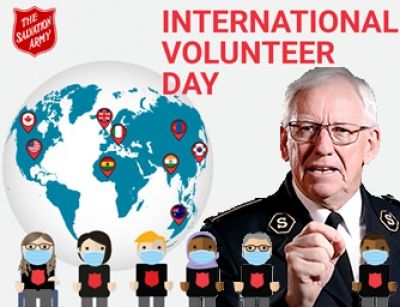 To mark International Volunteer Day 2021, General Brian Peddle says thank you to the thousands of volunteers who help The Salvation Army in its ministry and mission each year.

Many of the volunteers have been 'turning up' to do the same work week in week out; year in year out; for several years – often in the same location – but it is not always one-way traffic. Often Salvationists volunteer to help out other organisations to bring about change in the community, such as in Honiara this week.

Youth from Honiara Corps rolled up their sleeves to help the ecumenical group, Inner City Youth, to help clean-up around the Solomon Islands capital in response to Honiara Mayor Eddie Siapu’s call for "a major voluntary clean-up in the city" following three days of riots and looting .

Robert said the group – "a terrific bunch of young people" – recently volunteered to help with a working bee at the Red Cross Special Development School for disabled children.

"We have tried to stimulate a culture of volunteerism and service and they are responding quite naturally," Robert said.

The Army’s world leader, General Brian Peddle, said that, in the midst of the global COVID-19 pandemic, it was especially important this year to recognise the thousands of volunteers who were working alongside Salvationists in often difficult circumstances – wearing masks and personal protective equipment – to provide relief and support to the vulnerable in the community.

General Peddle said the pandemic had not left "a single person untouched", paying particular attention to the volunteers who had been unable to help out as they usually would, as they needed to step away for their own health and well-being.

He said volunteers continued to be willing to say "yes" to help the church fulfil its mission "no matter how small or great the task" in diverse ways "without discrimination".

"I take this opportunity to express my thanks and gratitude to all volunteers across every Salvation Army Territory. We couldn’t bring hope and make a difference without you," General Peddle said.

Across the United States, about three million people volunteer each year in a wide range of capacities to help the Army achieve its ministry in mission. In the United Kingdom and Ireland Territory, about 13,000 people roll up their sleeves to help annually. In Canada, figures show that more than 110 people registered as volunteers pre-COVID but those numbers dropped by half during the pandemic last year.

In the Netherlands, the Army has 8500 registered volunteers which swells to about 20,000 with the annual doorknock about 20,000 volunteers. At the other end of the scale, in Uganda about 130 people regularly carry out volunteer work alongside Army personnel each year

In the lead-up to Christmas, across the US and Canada, volunteers brave cold winter weather and snow to be red kettle bell-ringers. In the Netherlands in December, thousands of Salvationists are supported by an army of volunteers to go door-to-door to raise funds to aid its neighbourhood work in that part of the world.

Then there are those on the front lines in a crisis helping internally displaced people fleeing civil wars; assisting Army emergency service teams in recovery efforts after storms, bushfires and floods; helping in soup kitchens; and those who come alongside the victims of human trafficking or people experiencing homelessness.

Many volunteers walk the streets late at night offering physical, spiritual and emotional support. Others care for the elderly and vulnerable by offering to chat or do their shopping and delivering essentials, or supporting refugees or asylum seekers. For many, volunteering is their connection to their community.

There are also volunteers who provide professional help, such as legal and financial services.

Retired General André Cox has said that all the people who connected with those in poverty, providing them with food, clothing and blankets, did that without asking for anything in return. Volunteers are "a crucial part of our Army," he said.

All of that volunteering equates to millions of hours of help "contributed in kind" which would be difficult to put into dollar terms but would run into the hundreds of millions worldwide.

The United Nations International Volunteer Day is commemorated each year on 5 December.