What does #livelovefight mean to you? Jo Hodge, South Australia 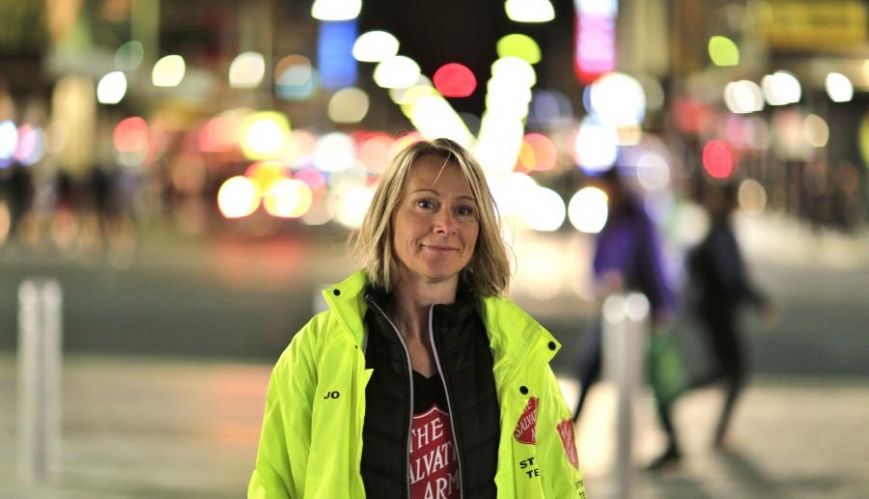 What does #livelovefight mean to you? Jo Hodge, South Australia

Five years ago, God called me to be a part of the ‘Do Unto Others’ program at Adelaide City Salvos.

As part of the program, we run two weekly meals, a mini-food market and a ‘come as you are’ church service for the city’s most marginalised. God’s instruction was clear. When those doors open, go straight for the worst; and it soon became apparent who He had in mind.

A 42 year old homeless man called Timmy staggered through our door. He had all the characteristics that society recoils from. He was banned from most places. He was stereotypically vile, ravaged, drunk and abusive, always looking for a fight.

Timmy did all he could to offend and push us away, but God encouraged me never to give up and as time went by he grew to trust us, and would often be seen sleeping on our doorstep.

We spoke of many things, and always with a reminder of how much he was loved. After some time, we broke through the barrier of worthlessness and self-loathing. We spoke of life and death, of God and heaven, and Timmy gave his life to God and promised to, ‘save me a seat up there’ when he became seriously ill.

When Timmy passed, I was so incredibly sad to have lost him, but at the same time so very grateful to have found him.

God used him to ignite a passion in me to look past the outside and at what is inside. All are worthy of God’s love and grace. God urges me to be courageous, and challenge the impossible. He has shown me that what you can do for someone through the power of God’s love is beyond comprehension.

God commands us to love unconditionally and to fight – fight for every last one - wherever He places you. The battle can be fierce and not for the feint hearted – but He has the victory!!

"Go for souls. Go straight for souls, and go for the worst." - William Booth