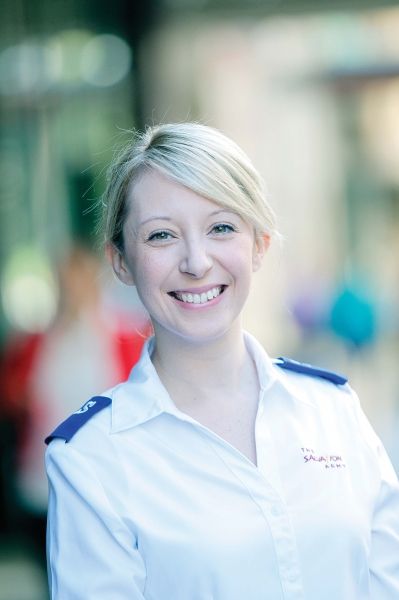 Territorial Social Justice Coordinator, Casey O’Brien Machado, was both surprised and humbled to be appointed as a member of The Salvation Army’s International Moral and Social Issues Council (IMASIC).

“Within our territory, there are so many intelligent and capable and deep thinking people who could contribute to these conversations. So I just feel honoured that I get the chance to do that, and I want to represent those people and their thinking in those conversations,” she said.

IMASIC is a body of officers and Salvationists from across the world who meet twice a year to produce the Army’s international positional statements. While Casey’s new role was announced earlier this week, she was given her appointment letter from the Army’s Chief of Staff, Commissioner Brian Peddle, back in March. Two weeks later she flew out to London to take part in an IMASIC meeting at Sunbury Court, The Salvation Army’s International College for Officers.

Casey, who has also been part of the Australia Eastern MASIC body for the past 18 months, was surprised by the differences between the two meetings. “I probably expected it to be more similar in that I’m going to be addressing the same issues, but when you introduce so many different cultures ... it’s an added complexity,” she said.

“It was incredibly eye-opening for me in that while I had understood the complexities of being a global Army, it is so much more complex. Particularly when you are addressing interests such as sexuality and abortion and racism, the manifestation of those different issues in different countries is so different to what we experience here in Australia.”

The IMASIC body has a wide range of gender, age and cultural members from across the Army world, including North and South America, Africa, Norway and other European countries. The IMASIC body is chaired by the New Zealand, Fiji and Tonga Territorial Commander, Commissioner Robert Donaldson.

Casey will attend the next IMASIC meeting in New Zealand from 14-16 September. “I want to be part of an Army that is well-versed on the things that are happening in the world around us and able to respond in a way that reflects the kingdom of God well,” she said.

“I’m also praying that God will give me wisdom for those conversations and that I would be his representative, rather than representing myself or any group in particular.”