Love and acceptance turned my life back to Jesus 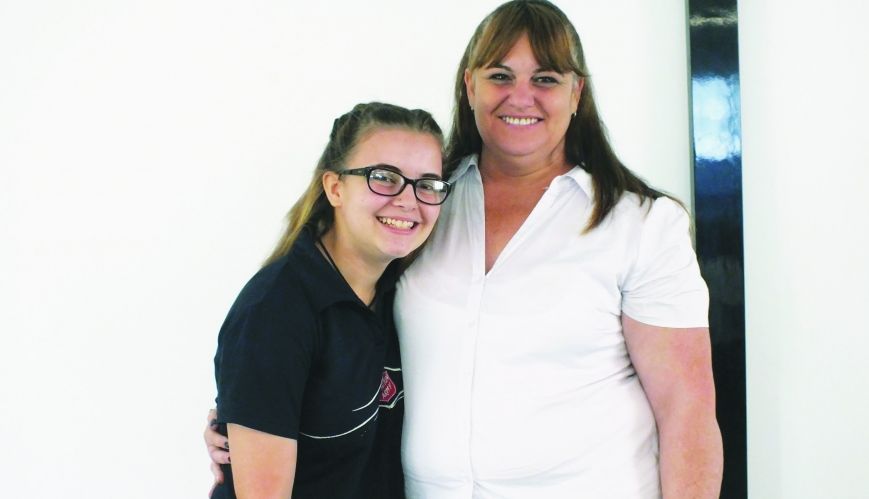 Love and acceptance turned my life back to Jesus

Tammy Stevens and her daughter Kelei after being enrolled at Gladstone Corps.

I was brought up in a Baptist family and went to church on Sunday most weeks, but by my teens I had forgotten about God.

I met my first husband in high school and by the age of 22, I was already divorced with two children. Five years of depression, drunkenness and affairs followed, until I met the man I thought was my ‘Mr Right’. Over the next 15 years I had four more beautiful children, but things at home took many dark turns.

My husband had an affair and was introduced to (the drug) ice and eventually I, too, started using ice. Sadly, particularly for the children, we travelled the road of addiction for a couple of years before I’d had enough. I knew I (and we) desperately needed to change. There was much anger and violence along the path and many, many times I just wanted to end it all.

We moved from NSW to Gladstone in Queensland to try and make a break. When school started in 2015, my daughter met a girl and they became very close friends. Through this friendship I got to meet this girl’s parents, who happened to be Salvation Army officers – Lieutenants Chris and Kay Ford.

Around this time my marriage broke up and there were many family problems. Kay provided much-needed support and, slowly, my life started to look up. My daughter was invited to camps and youth group at The Salvation Army and her older sister, who has autism, was interested, too. So when they were at youth group, I stayed so that my daughter with autism would feel comfortable.

They loved it, but something amazing was also happening to me – my eyes were again opening to God. The Fords found out that I was studying community services and asked if I would be interested in volunteering for Doorways (a Salvation Army program that provides emergency welfare relief and financial counselling). That gave me confidence and I started to go to church and very quickly felt loved and accepted.

With three children with autism, I did not bring two of them to church the first week, but Kay insisted. I remember saying, “Oh no, you don’t want them here”, and she said, “Yes we do, the Lord wants everybody”. I think the biggest part of my journey of healing has been the acceptance I’ve found through our church.

To me, church feels like a little piece of heaven, or what I imagine heaven will be like – full of acceptance and love and my children love it as much as I do, if not more!

Last year, I became a senior soldier and my daughter became a junior soldier. I am so thankful that despite the pain and mistakes
of the past, I firmly believe that God has led me here to help others. I have been through divorce, drugs, domestic violence, struggles with money and depression – and so when people who say they have no hope come in (to Doorways) for help, I can tell them that there really is hope.

I remember when I first asked Kay why God would put me through all this, she said, “God hasn’t put you through that, you chose to go the way you did, but now God is going to use what you have done to help others and he is going to use you for good”, and I am just so grateful.