Over 50s retreat to focus on spirit-filled life Over 50s retreat to focus on spirit-filled life

Major Win Barker will be leading an over-50s spiritual retreat. Major Barker has been leading retreats for more than 17 years, like this crafting camp from 2014.

Major Win Barker believes ministry is a life-long calling, which is why she, her husband Cedric and Captain June Knop have organised an over-50s spiritual retreat this weekend in Marysville, Victoria.

With the theme, “Ever learning at his feet”, the weekend will be a reflection of all Major Barker has learnt during her 60 years of ministry as a Salvation Army officer, and a time of nourishment, enrichment and affirmation.

The retreat, being held at El Kanah Lodge in Marysville, 100km north-east of Melbourne, will bring together 19 people from corps across Melbourne.

“There are not too many people my age who actually know who they are in Christ and how God looks at them,” says Major Barker. “Christ is even in those who think they are not special and [wants us to] realise what the possibilities are, even at our age!” 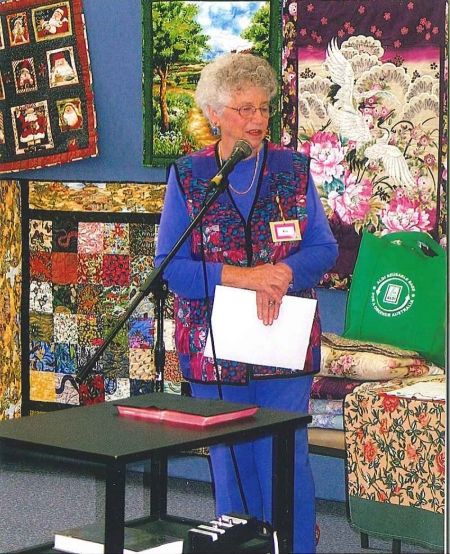 As members of the Senior’s Standing Committee, coordinators of Marriage and Enrichment retreats and activities for 17 years, as well as having appointments in corps, aged care, children’s homes and doing industry chaplaincy, the Barkers love to throw themselves into new challenges and opportunities.

“Any chance I have to do something like this, I’m there,” says Major Barker. “There’s not a lot of opportunity for [seniors] who are ready to receive teaching with like-minded people.”

The Salvation Army has changed dramatically since Major Barker’s commissioning in the 1957 Swordbearerssession. However, she has remained close to numerous members of her session and celebrated their 60th reunion earlier this year, giving her pause to reflect on the Army’s future.

“I believe that if every officer and soldier was baptised in the Holy Spirit, as happened during those first years [of the Army], halls would be packed with people seeking to obtain the same blessing,” she said.

She says this weekend will give over 50s the chance to rediscover the Holy Spirit. “It’s going to be an exciting time and I’m apprehensive about what the spirit is going to do.”