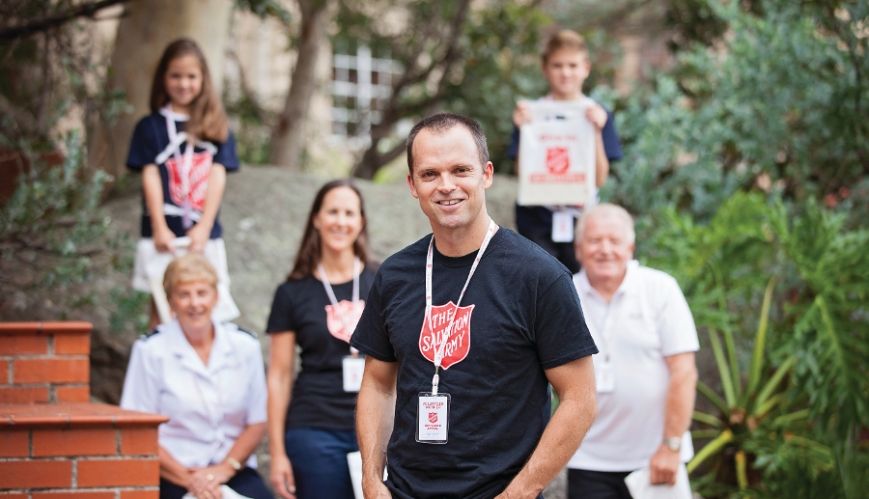 As the Red Shield Appeal doorknock approached its 50th anniversary a few years ago, there were many within The Salvation Army asking if it really was relevant anymore.

“The answer to that question is an overwhelming, ‘yes’,” says The Salvation Army Australia Eastern Territory’s Community Fundraising Director Andrew Hill. “Not only is the money we raise significant ($8 million nationally), it’s the one time of the year where the Australian public says, ‘hey you can come and knock on my door, that’s fine!’. So from a missional standpoint, it’s almost a no-brainer.”

When Captains Peter and Diane Hobbs (pictured below collecting with their children last year) first graduated from training college and were given a new appointment to establish The Salvation Army on Victoria’s Bellarine Peninsula, they were told “not to worry” about the Red Shield Appeal doorknock that year, while they were finding their feet. Peter’s response was: “Why wouldn’t I want to doorknock? I want to know who my community is!”

The couple have established a thriving ministry across the Peninsula that is not focused around an individual corps, but a series of partnerships with the local community. Those partnerships have organically grown into missional communities of Jesus followers who regularly meet wherever life happens and gather quarterly for a Bellarine Peninsula Salvo celebration meeting.

For the Bellarine Salvos the Red Shield Appeal is not a chore, it’s an opportunity. 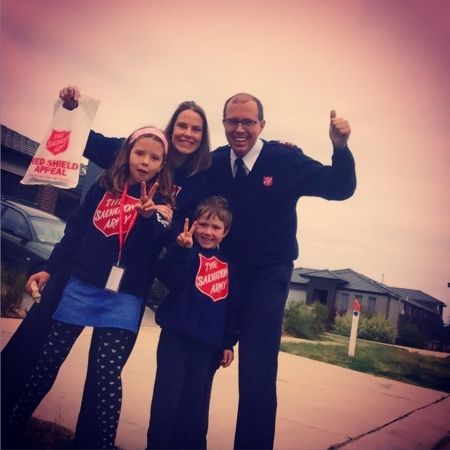 “Because you’re embedded in the community you engage with your volunteer base all though the year,” says Peter. “We chat with them on social media, we go and visit their homes and workplaces and just build genuine relationship. Everyone that participates in our community, they all come and help for the doorknock because they are all passionate about the Army and what we do.”

In the Sydney suburb of Ryde, Captain Cheryl Kistan says Red Shield time is exciting because “it gives us permission to talk about what we do and why we do it.”

Last year she accompanied her Red Shield Appeal chairperson to ask the Eastwood Chinese Senior Citizens Group if they would volunteer to man a community collection point. “They didn't know about The Salvation Army and once they did they were excited to help us,” she said. The relationship developed further and the group partnered with The Salvation Army again for the Christmas Appeal. They then invited Salvationists to attend the Chinese New Year celebrations where Cheryl was a celebrity chef in the cooking competition!

Over the past three years, The Salvation Army has introduced new technology to enhance the experience for volunteer collectors and streamline the doorknock. Community collection points will this year offer tap-and-go as well as EFTPOS facilities, and the volunteer collector web-app allows collectors to generate online receipts and get real-time updates on how their collection total will impact The Salvation Army’s mission to give hope where it’s needed most.

“When they’ve collected $100 the app says, ‘hey did you know you’ve given someone a bed for the night with the money you’ve collected.’ So, this makes the volunteer experience really rich,” says Andrew Hill.

But while the technology certainly enhances the experience for donors and volunteers, it’s the relational aspect of the appeal that remains key.

“I’ve been collecting in my area over 25 years,” says Andrew, as he explains a moment last year where he knocked on the door of a family he has gotten to know through his once-yearly visits. “I said, ‘Oh where’s your husband?’ and she says, ‘I lost him this year,’ and she fell into my arms and she cried on my shoulder.

“That was one of those moments that I thought, ‘you know what? This isn’t just me collecting money for the Salvos, this is actually relationship and at this moment, I am The Salvation Army for this woman.’