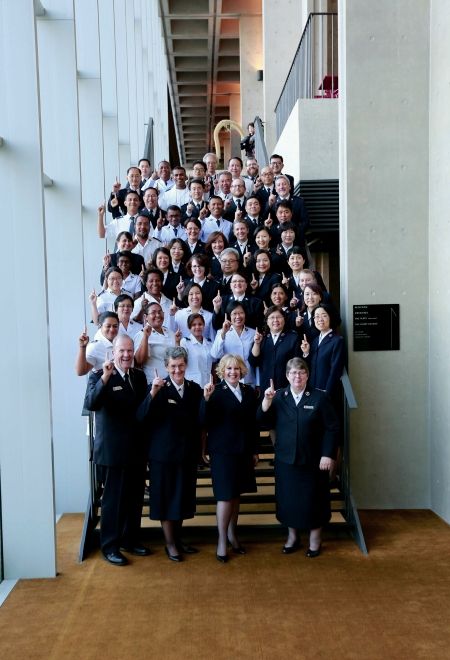 All delegates who attended the conference were nominated by their territories. Karyn Woodford, a Salvationist from North Brisbane Corps who is studying a Masters of Divinity at Booth College, still doesn’t know who she was nominated by, but is grateful for the experience.

“I was incredibly moved, challenged and inspired by so many of the delegates – by the hardships that they had faced in following Christ and in their own cultures and families,” says Karen. “The power of God was truly on display during this time, as each delegate described the miraculous work and saving grace of God.”

The conference was organised by Commissioner Gillian Downer, who oversees the Army’s work in the South Pacific and East Asia Zone, and her SPEA team.

Founded on the teachings of Commissioner Samuel Logan Brengle – a leading author, teacher and preacher on the doctrine of holiness at the turn of the 20th century – the conference sessions covered the topics of holiness, grace, prayer, the human heart and purity.

The conference was marked by worship and the sharing of testimonies. Delegates enjoyed getting to know one another in their small group time and, as Karyn points out, over fellowship and food.

The conference finished with a moving service, where each delegate was able to make a personal covenant with God in the areas that he had taught and challenged them over the five days.

“For me, the people had the biggest impact,” Karyn said. “I didn’t expect to discover new friends in the family of God, and although I may never see some of them again, they have truly impacted my life. There are some who I know I will be friends with for many years to come.”

There are plans to hold another SPEA Brengle next year, with dates yet to be announced.