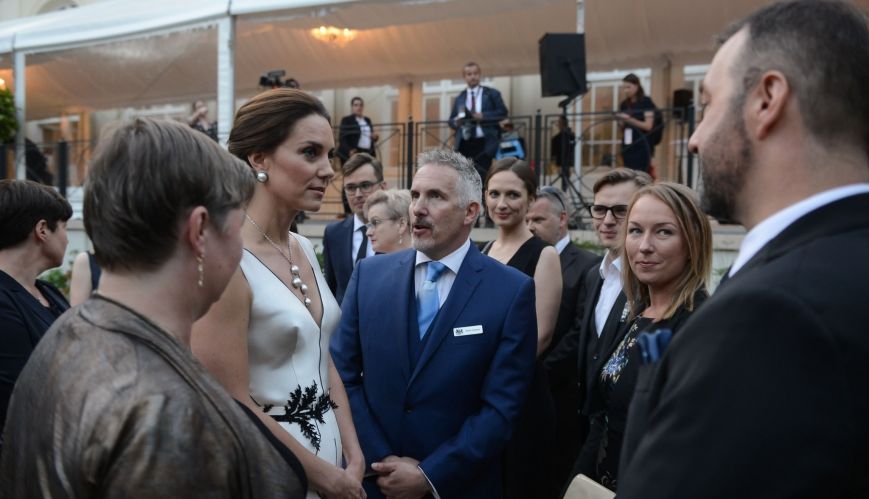 A representative of The Salvation Army's anti-human trafficking team in Poland met with royalty last week to discuss the issue of modern slavery.

Joanna Trela, The Salvation Army’s Project Manager for Anti-Human Trafficking and Modern Slavery in the eastern European country, was part of a small group that met the Duchess of Cambridge for a private conversation on the issue.

Princess Catherine and the Duke of Cambridge, Prince William – the future British King and Queen – were on a tour of Germany and Poland. The meeting with the anti-human trafficking group took place during a garden party in Royal Łazienki Park, Warsaw, to mark the birthday of Her Majesty Queen Elizabeth II.

Joanna oversees a project that raises awareness of modern slavery in Poland, as well as providing employment support to former victims. The initiative also includes a job-checking service, which aims to prevent people accepting offers of employment from criminals posing as employment agencies advertising jobs in countries such as the UK.

The service in Poland – currently operating in Warsaw but being extended to Rzeszów and Malbork in September – is funded by the International Projects Office of The Salvation Army's United Kingdom Territory with the Republic of Ireland.

Joanna spoke to the Duchess alongside representatives from the Polish police force and the charity La Strada. The Salvation Army in the UK and Ireland works in partnership with La Strada so that Polish victims of modern slavery who choose to return to Poland after receiving specialist assistance from the Army obtain ongoing support back home. This spirit of partnership reflects the sentiments of the Duke of Cambridge who, in a speech earlier at the event, spoke of how there is much to celebrate about the warmth of the relationship between Poland and the UK. 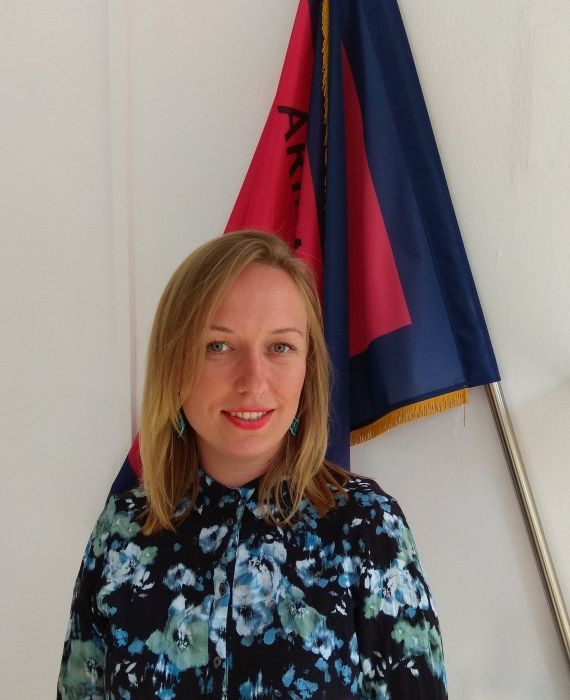 Similarly, when the Duchess asked the group about collaboration within the anti-human trafficking sector, Joanna explained that many Polish people were unaware of the risks of human trafficking when accepting job offers. She went on to describe how The Salvation Army in the UK coordinates its efforts with colleagues in Poland and across the world, as well as working in cooperation with other agencies.

After the meeting, Joanna said: “The Duchess of Cambridge was clearly well informed and very interested in the problem of human trafficking. It was a warm and relaxed meeting and we were delighted to receive her acknowledgement of the importance of The Salvation Army’s work across Poland and the UK to stamp out this cruel exploitation of people.”

From reports by the United Kingdom Territory with the Republic of Ireland and the Germany, Lithuania and Poland Territory.

The Salvation Army’s Job Verification Service in Poland can be contacted by emailing weryfikacja.pracy@armia-zbawienia.pl