Learning to be guests on ancient lands Learning to be guests on ancient lands

Brooke Prentis (in blue, near the cross) and Major Sandy Crowden (bottom right, with her granddaughter) are giving a joint presentation on how Aboriginal and Non-Aboriginal Christians might work together to help achieve reconciliation.

Through their joint presentation at this year’s Tri-Territorial Thought Matters Conference in New Zealand later this month, Major Sandy Crowden and Brooke Prentis hope to model how Aboriginal and non-Aboriginal Christians might work together to achieve reconciliation in Australia.

Major Crowden and Brooke will join other officers and soldiers, academics, and practitioners, at the annual conference gathering around the theme of Hospitality – Engaging the Other, which will be held later this month at the Booth College of Mission, in Upper Hutt.

Major Crowden is Territorial Social Justice Secretary and Indigenous Ministries Consultant in the Australia Southern Territory. Brooke is an Aboriginal Christian leader who comes from the Waka Waka peoples and is a member of The Salvation Army’s National Aboriginal and Torres Strait Islander Reference Group.

The title of their joint presentation is “Learning to be guests of ancient hosts on ancient lands”.

“Our paper takes us through the journey of our ancient lands of Australia, and how our Creator placed Aboriginal peoples as hosts of these lands,” Brooke explains.

“We step through how colonisation did not respect this and the settlers/invaders assumed the role of host. We share stories that demonstrate how Aboriginal peoples continued to show hospitality to the newcomers. We then show non-Indigenous Australians how to embrace us, as our ancient hosts, by accepting Aboriginal people’s gift of hospitality by accepting our hand of friendship, which is extended time and time again. Then we can truly walk together in Australia.” 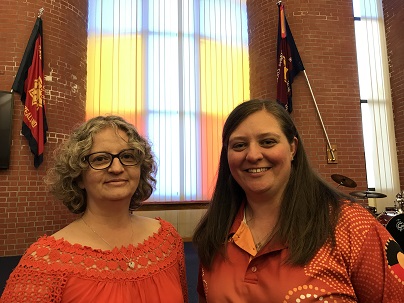 The paper will assert the urgent need for non-Indigenous Australians to learn how to be guests of ancient hosts on ancient lands.

“Only as non-Indigenous Australians come to understand the implications of their unwillingness to surrender power, will we all be able to gather as equals and move forward,” Brooke and Major Crowden explain.

“The First Nations Peoples of this land are historically known as peaceful and hospitable. By assuming the posture of guests, non-Indigenous people would open themselves up to learn from the oldest living cultures in the world about how to be hospitable on a land that, in a Western context, often appears inhospitable.

“Presented in partnership, this paper will model a willingness to learn from each other and to share power, as we all seek to move forward as friends and equals.

“Our paper suggests that, before the church and Christians in Australia can learn to be good hosts, we need to acknowledge the fact that we should have first been guests of the peoples Creator God had placed on these lands.” 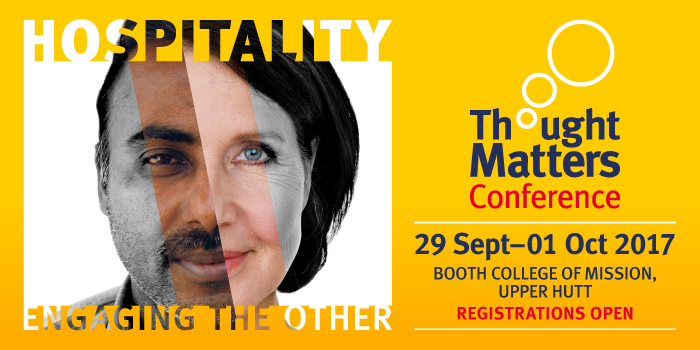 Both women are passionate about this topic.

“This topic is my life,” says Brooke. “Jesus has set me on the path to care and love, the lost, the last, and the least – in Australia this refers to my peoples, the Aboriginal peoples.

“My heart’s desire is to see my peoples restored to a place of dignity, respect, and honour, as the world’s oldest living culture.

“I would like to see non-Indigenous Christians walk alongside our Aboriginal and Torres Strait Islander sisters and brothers in the fight for justice for our First Peoples.

“My dream is for an Australia which is built on truth, justice, hope and love.

“I want to see real change for my peoples – change we’ve been waiting nearly 250 years for.”

Major Crowden believes that all Australians should be proud to live on these lands among the world’s oldest living cultures and that we should celebrate this far more than we do.

“The spirit of these lands and her peoples have been damaged and we will not reach our potential or flourish in this country until we are willing to learn from our Aboriginal brothers and sisters,” she says. “We are enriched when we work and learn together. I believe that Aboriginal peoples are so much more than a list of disturbing statistics, although these must be addressed.”

Major Crowden and Brooke hope that non-Aboriginal Australian Salvationists will sense the need and urgency to hear from Aboriginal peoples and invite them to participate fully in the task of understanding theology in an Australian context.

“Moving forward, I would really like to see ongoing intentional collaboration with Aboriginal theologians to assist us all in understanding who we are as Australian Christians.”