Bill Hunter steps down as Broncos chaplain after two decades Bill Hunter steps down as Broncos chaplain after two decades

Bill Hunter, who leads The Salvation Army's God's Sports Arena church, is retiring as Chaplain to the Brisbane Broncos rugby league team after 20 years in the role. Photos Shairon Paterson.

Serving the Brisbane Broncos rugby league team as chaplain for 20 years has been a “dream role” for Bill Hunter, a businessman who leads The Salvation Army’s God’s Sports Arena church in Brisbane.

Bill is stepping down from the voluntary job after two decades with the National Rugby League team, making way for the “new face and fresh approach” of incoming chaplain, Warren Crank, and a change in focus for himself.

“I feel honoured and privileged to have been in this position and to have served the players, staff, coaches and their families,” Bill said.

Many people don’t realise that most major sporting teams have a chaplain.

“This is not a role we put up in lights and advertise,” Bill said. “Most of our work is behind the scenes. It involves supporting players, staff, and coaches – whoever needs you. It’s not just spiritual guidance, but also counselling, referrals to support groups when people need help with certain issues, and doing weddings, christenings and funerals.

“I was there for their spouses and families as well. There is so much a chaplain can do in major sporting clubs.” God and sport are two of Bill Hunter's great passions.

Bill, a long-distance runner and “mad crazy sports and fitness fanatic” had credibility with the players, due in part to his fitness and ability to encourage them on and off the field.

“With credibility comes trust, and the guys would often lean on me in hard times and share some of the issues they were facing,” he said. “This was particularly true for the guys who had a faith and wanted to chat in private.”

Bill would attend the pre-game training session and barbecue, chatting with the players and encouraging them before the game. He would also spend time with them in the dressing room after the game – either to offer congratulations or condolences.

“I never prayed for them to win though,” he shared with a laugh. “I prayed for their safety, that God would protect their heads, necks and spinal cords, and they would just play their best!”

One of the toughest moments for Bill in his chaplaincy was leading the funeral of a young man from the club who had committed suicide. “This really rocked the club and the players,” Bill said. “It was really tough doing the funeral and yet a privilege. It was an opportunity to put some closure to what had happened, and to support the club through the tragedy. It was a ‘lowlight’ but also a highlight just because of the privilege it was to be there for them.”

Bill also remembers the grand final in 2006 when the Broncos beat Melbourne to win the NRL premiership.

“Anytime we beat Melbourne there was a celebration, but this was just fantastic,” he shared.

“The real highlight of the role, though, was and is the friendships with the players, the staff and their partners and families. These are lifelong friendships and we will continue to stay in touch.”

As well as the continuing friendships, Bill sees his legacy as the impact he’s made on club through the many quiet, one-on-one chats he’s had with people who needed encouragement, support or inspiration.

“Sometimes the culture of sporting teams is not always positive and encouraging, so I saw my role as to always provide this,” he said. “It’s the in-the-background and behind-the-scenes conversations that make the difference.” 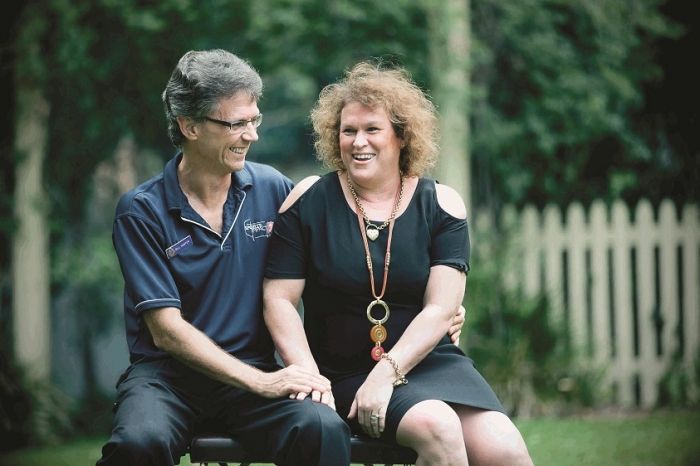 Bill and his wife, Michelle. Family will continue to be a priority for Bill as he steps down from his chaplaincy role.

Supporting and encouraging the Christian players and staff in their faith was another important focus area for Bill. “This is a tough environment for Christians so it was important for me to get alongside them and encourage and support them.

“It also encouraged me in my role having them there. It was more welcoming, and easier, to blend in.

“At every stage of my chaplaincy there was always one or two with a strong faith. I led small Bible studies, prayed with the guys. It was really positive and really good.”

Moving forward, Bill will continue to lead God’s Sports Arena, as well as mentor and train the young leaders from Papua New Guinea through The Salvation Army’s “Hope and a Future” program as they prepare to run the Gold Coast Marathon each year.

“These, and of course, my family, will still take priority,” he said. “Anything else I leave up to God.”