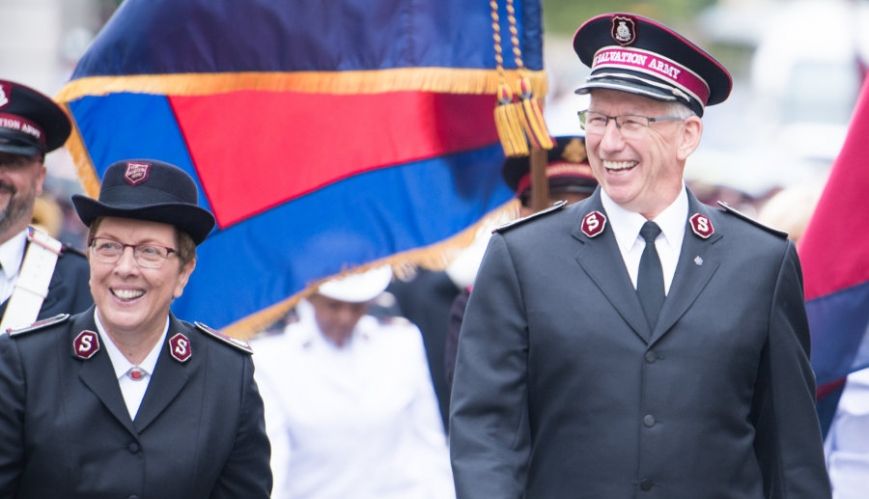 General-elect Commissioner Brian Peddle and Commissioner Rosalie Peddle will be in Australia later this year to inaugurate the new Australia Territory.

General-elect Commissioner Brian Peddle and Commissioner Rosalie Peddle will head to Australia later this year, for what will be one of their first major engagements after taking over as the new world leaders of The Salvation Army.

The Peddles will make the long trip from the Army’s International Headquarters in London, to be the special guests at Still Others, a week-long national conference in Melbourne that will have as its centrepiece the official launch of the new Australia Territory.

Other major events at the conference, which will run from Tuesday 27 November to Monday 3 December at the Melbourne Convention and Exhibition Centre, are the commissioning of new Salvation Army officers, the “Our Christmas Gift” concert spectacular, a Salvo Expo, mission workshops, and youth and family-focused celebrations.

The visit of the Peddles will bring to full circle the General-elect’s involvement in the process to transition the Australia Eastern and Australia Southern territories to one Australia Territory. It was Commissioner Peddle who in his role as the Army’s Chief of the Staff 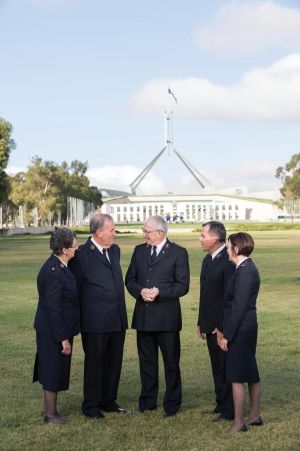 , made the announcement on the front lawn of Parliament House in Canberra on 1 March 2016 (pictured right with Commissioners Condon and Commissioners Tidd) that the two territories would become one.

“We are overwhelmed to say the least, but are deeply honoured and feeling somewhat unworthy by the momentous task that lies before us,” says the General-elect. “We feel very much that we already love the international Salvation Army and it will not be difficult for us to embrace our diversity in our many countries and peoples around the world.”

Commissioner Peddle has announced that Commissioner Lyndon Buckingham, an officer of the New Zealand, Fiji and Tonga Territory, will move into the role of Chief of the Staff.

The General-elect, who will assume the responsibilities of world leader when General Cox retires at midnight on 2 August, has, in an interview with the International Secretary for Communications, Lieutenant-Colonel Brian Venables, provided an insight into what the future holds for The Salvation Army under his leadership.

You can read that interview HERE.

Faced with one of the biggest decisions of their officership, Commissioners Floyd and Tracey Tidd discovered just how deep their commitment to Australia runs. Both Canadians, the Tidds have been national leaders of The Salvation Army in Australia since early 2016, and leaders of the Australia Southern Territory for three years prior to that. They are overseeing the transition of the Army to one Australia Territory, due to be offcially launched in January 2019. 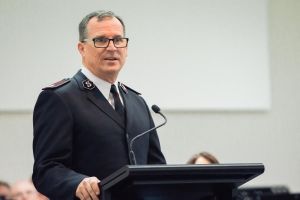 Early on during the High Council, Commissioner Floyd (pictured right) found himself one of nine nominees to become the 21st General of e Salvation Army. He chose to decline, citing unfinished business in Australia as the primary reason. “It [the nomination] was a surprise to Tracey and I,” he says. “We were humbled and honoured that colleagues in the room saw a confidence in us to take on that mantle of leadership. It was a bit overwhelming.

“Tracey and I spent some significant time reflecting and praying and really seeking God’s intention. I felt very firmly and very confidently that God’s intention for us is to remain in Australia and to see this Australia One project through, which we are more than excited to do!

“We have been working together with a dynamic team of officers, soldiers and employees for the last two years on this project [Australia One] and the year ahead is probably the most challenging, and at the same point in time the most exciting opportunity in the Australia One journey. We are committed with Salvationists and so many others across Australia to fulfil the work before us, repositioning The Salvation Army to be used by God to do a new thing in this great Southland of the Holy Spirit.”

The Tidds have also expressed their support for Commissioners Brian and Rosalie Peddle, describing them as a “good move” for the Army.

“I think Brian Peddle as General is a good lead for us,” says Commissioner Floyd. “He’s been in this space for the last two and a half years as Chief of the Staff, and he knows the international scene well. He understands where we are functioning, how we are functioning, the agenda that’s being pursued and is able to then build upon that agenda. So, I think it’s a good move for us as an Army.”

Commissioner Tracey, who knows Commissioner Rosalie Peddle personally having previously worked with her in their shared homeland of Canada, is encouraged by the international leadership she will bring to her role as World President of Women’s Ministries.

“Commissioner Rosalie is a gifted and passionate officer,” says Commissioner Tracey. “She has a passion for women’s ministries not limited to the variety of programs that are offered around the international Army, but the unique impact that women in ministry and leadership can bring to the Army and the world. She has been the driving force behind a number of initiatives and I anticipate she will initiate change in a number of areas to see us more effective.”