Workshops show the 'how' of what Salvos do 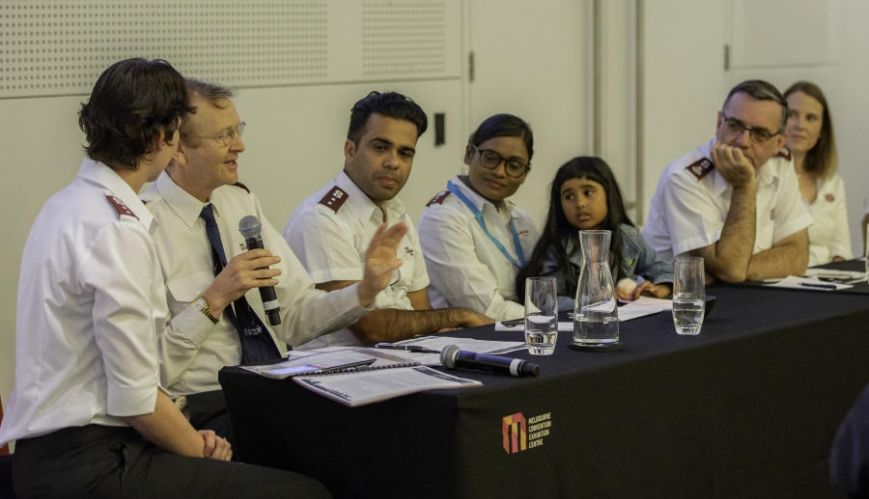 Workshops show the 'how' of what Salvos do

The Evangelism and Discipleship panel was one of many Mission Intention workshops which took place throughout the day at Still Others in Melbourne today.

“The Mission Intentions show us the ‘how’ of our vision to see a nation transformed with the love of Jesus,” said Territorial Commander, Commissioner Floyd Tidd.

“We share the love of Jesus through these very intentions – caring for people, creating faith pathways, building healthy communities, and working for justice.”

Mission Intention workshops took place throughout the day at Still Others in Melbourne today, providing high-quality teaching and opportunities for questions and discussions across what these intentions look like in the daily life of Salvos.

Workshop topics also included Engaging and Walking with Aboriginal and Torres Strait Islander Peoples, Mission and Ministry in a Culturally Diverse Australia, and Working for Justice in an Australian Context. 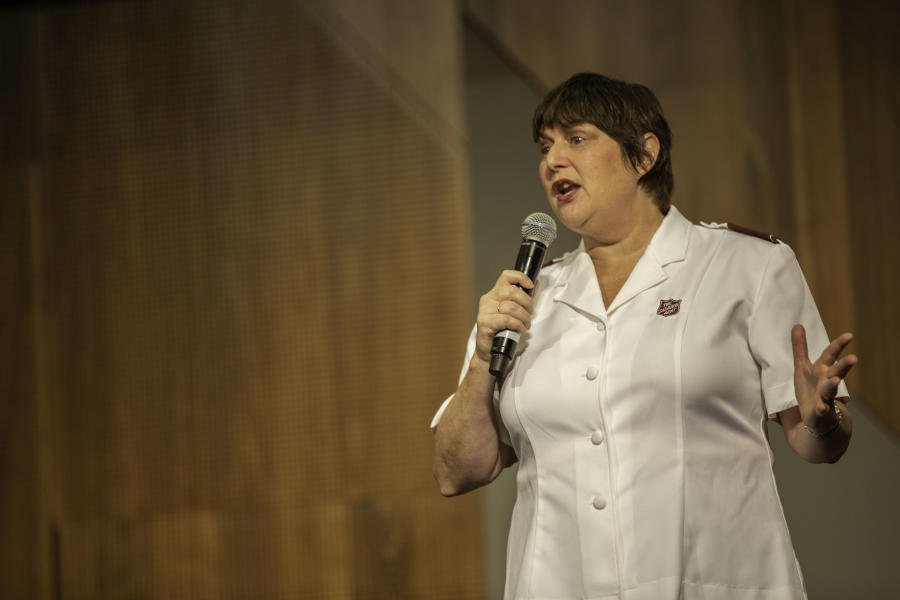 Lieutenant-Colonel Lyn Edge, National Secretary for Mission (pictured right), introduced the sessions, focusing on the need to understand the “why” we do what we do in order to maintain a sense of hope and purpose.

“Sometimes we can be overwhelmed by the ‘what’ of what we're doing and lose sight of the ‘why’,” she said.

“What we are doing can seem too big – but that’s the nature of a dream.

“So we need to do the next right thing – care for someone, create a faith pathway or build a community – so we can live the audacious dream of transforming Australia and living life the way God intended.”

Lieutenant-Colonel Donna Evans facilitated a vibrant discussion on Building Healthy Communities. Delegates raised the topic of whether or not social media is, or can be, a healthy community, as well as community within our multicultural society.

“We live in an increasingly multicultural community and I think our ideas about community often come from western culture,” one participant said. 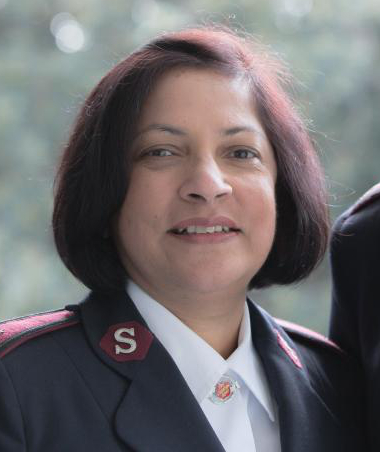 Captain Tara McGuigan (pictured right), who’s just spent time in an appointment in Sri Lanka, talked about how in western culture “we are taught to be resilient and self-sufficient”, yet other cultures rely on each other and give generously to each other, living much more within each other’s private spaces than what many Australians are used to.

Another participant, Colonel Julie Campbell, added, “Jesus said to go into all the world, but all the world is coming to us.”

Participant Nathan Moulds, from Ryde Corps in Sydney (pictured below right), volunteers at a community café being run in partnership with other churches.He told the discussion that “Christians and the church do not have a monopoly on ,” to which Lieut-Colonel Evans 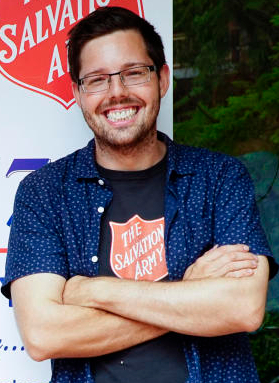 agreed, saying “we can learn from other communities that are not faith-based … God is good, so wherever we see something that is good in , we can know that it’s from God.”

Captain Jason Davies-Kildea facilitated a workshop titled Exploring Faith in 21st century Australia and challenged those attending that in The Salvation Army “we need to find new ways to disagree and still be in the same room”. He spoke about missional shifts and urged people to discover where the spirit is moving within their mission context.

Isaiah 43:19 says, “Behold, I am doing a new thing”, but Captain Davies-Kildea told those gathered that to pay attention and keep focused on the new thing, and the new places where God is moving, is a difficult art.

“I’ve got no doubt that God is at work … working in the places that we least expect God to be … but it takes a kind of openness that is difficult to forge and maintain to be open and ready for that.”

towards the end of the session focused on whether or not The Salvation Army needed to “go back to its roots”, to which Captain Davies-Kildea replied: “William Booth’s social circumstances were so radically different today asking ‘What Would William Do?’ is unanswerable”. He said that working in a post-Christian culture is an environment that would be completely foreign to The Salvation Army’s founders – their mission field was to draw people back to a faith that they knew, whereas our mission field is working with people without any context of faith.

Eric , from CHIPS (Christians Helping in Primary Schools), led the Caring for People with Trauma workshop, which provided basic knowledge about trauma as it impacts children and adults.

He also gave some tips for journeying alongside people who have experienced trauma and how significant adults in children’s lives can assist them to heal and cope with their current situation.

“Children feel their way through childhood, not think, so that’s the perspective we need to come from,” he said.

In the Working for Justice session, a panel of those involved with pioneering and compassionate responses to oppression and disadvantage gave examples of people, programs and places that are working for justice in Australia. 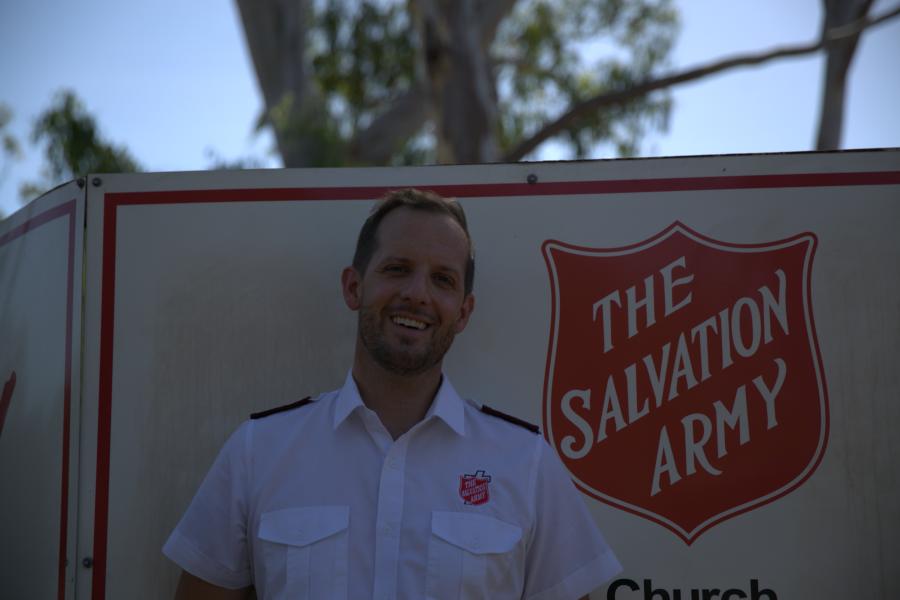 Captain Kris Halliday, Darwin Corps Officer (pictured right), shared the importance of “being present in our communities, being open and ready to respond”.

“Sometimes things can be overwhelming, such as witnessing systematic injustice, but we need to act, let people know we see what happens and it’s not okay, and let acts of compassion work to overturn injustice.”

Major Cathryn Williamson spoke about her program “Kids in the Kitchen” and how it’s not just about cooking, but about what else is made possible.

“Relationships and connections are formed and there are opportunities to assist, make a difference in people’s lives and give them an experience of the Kingdom of God,” she said. “Then those people can then influence others because of what they have received.”

Other workshops included Engaging and Walking with Aboriginal and Torres Strait Islander Peoples, Ministry and Ministry in a Culturally Diverse Australia, Working for Injustice in an Australian Context, and Caring for People.