Still Others launches a book bonanza 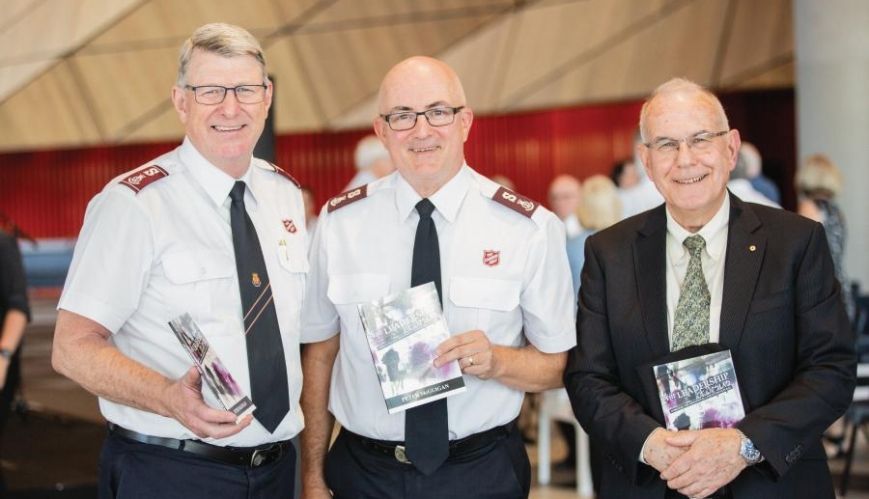 Still Others launches a book bonanza

Several new books by Salvation Army authors were launched at Still Others in Melbourne last month.

The Leadership of Jesus

This book contains a collection of 16 articles written by Major Peter McGuigan that first appeared over several years in The Salvation Army international The Officer magazine. 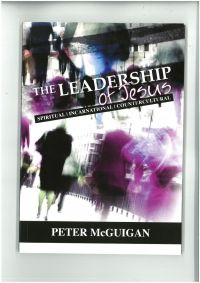 These articles have now been gathered into one location and presented in book form, for anyone who desires to reflect upon Christlike leadership. In launching the book, Colonel MarkCampbell, Chief Secretary of The Salvation Army Australia Territory, said: “I’ve read the book, thoroughly, twice, so I know it well. And I know the value of it and what it can do for us as a Salvation Army. I would commend it to you not only as a read, but as a book to be engaged with both privately and corporately as a Christian organisation dedicated to Jesus.”

Major McGuigan used the launch as an opportunity to explain his motivation to write the articles. “It is appropriate that in days when the Church, like all other organisations in the world, is being called to account like never before, we should launch a book with the audacious title: The Leadership of Jesus – as if we mere humans could ever aspire to such a lofty goal. “But it is the leadership of Jesus that we need today – both as our example or benchmark, and as an incarnational key for our mission: the leadership of Jesus in us, literally. We aspire to lead like Jesus and we take it on, we walk in the leadership of Jesus.” 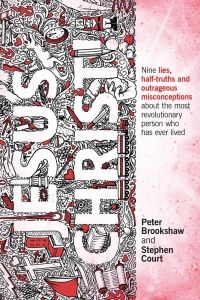 The next book to be launched was a collaboration between two Salvation Army officers – Australia-based Captain Peter Brookshaw and the Canada-based Major Stephen Court.

Jesus Christ!: Nine Lies, half-truths and outrageous misconceptions about the mostrevolutionary person who has ever lived is the second book in a series by the authors. Itexamines the very nature of Jesus and the mistakes we often make when we think about him. Speaking at the launch, Captain Brookshaw said his inspiration for the book came from the famous “Lord, lunatic, or the Devil of Hell” quote by C.S Lewis.

“There is no in-between with Jesus Christ,” said Captain Brookshaw. “He’s either the Lord or he’s a lunatic. So, the book gets a bit provocative, pushes a few buttons, about who Jesus is. Quite simply, we just want people to look afresh at the person of Jesus.”

This book is a collaboration between The Salvation Army and the Uniting Church in Australia. 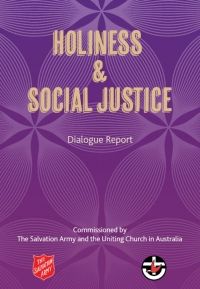 Members of teams representing both organisations conducted regular dialogue between 2013-2018, with this book the result of those discussions.

Territorial Commander, Commissioner Floyd Tidd, launched the book, which demonstrates “how holiness and social justice support and purify each other in practice”. “I have been so impressed by this book and those who have put it together, that I believe every [Salvation Army] training college should have a copy of it on their bookshelves,” Commissioner Tidd said.

“So, out of our territory’s resources we have bought a copy to be sent to every Salvation Army training college in the world.” The three books are all available from Salvationist Supplies in Sydney (1800 634 209) and Salvation Army Supplies in Melbourne (1800 100 018).