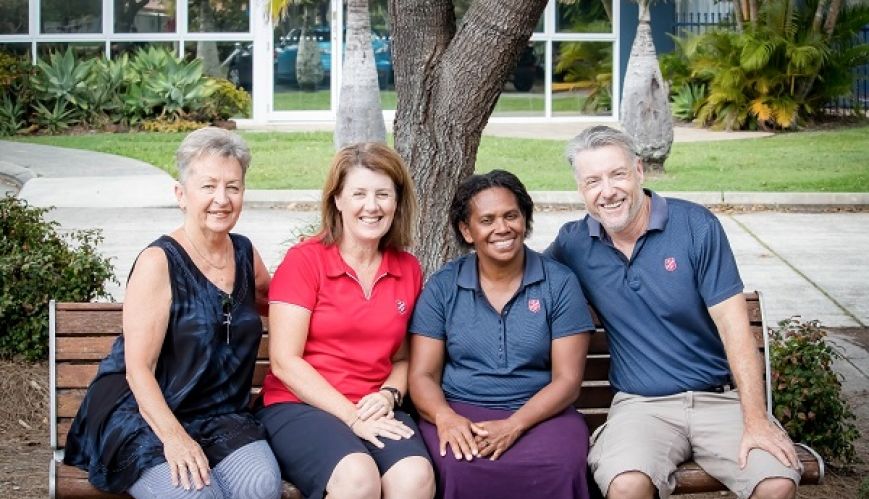 Lillyrose George (second from right) with (from left) Marion Dooley and Majors Leanne and Darren Elsley, during her first visit to Australia earlier this month. Photo: Kian Worthing.

Lillyrose George, the unofficial leader of The Salvation Army’s work in the South Pacific Island nation of Vanuatu, visited Australia for the first time earlier this month to attend the Queensland Divisional Officers Fellowship.

“Christ certainly gave me this opportunity,” she said from Tweed Heads Corps, where she spent some time after the fellowship. “It was wonderful to meet Salvationists and hear about their work. Also, I’ve never been outside Vanuatu, and Australia is really another paradise.”

Lillyrose leads The Salvation Army work in Port Vila, the capital of Vanuatu, where she runs a prison ministry and chapel and cares for a growing number of children from the community.

She also leads ministries on the islands of Aneityum and Erromango. She has made three visits to the isolated and sparsely populated island of Erromango, which involves a trip of almost two hours across the open ocean in a small boat.

“I run junior and senior soldier classes there, and many people come from all over the island for praise and worship on Sunday.”

“The people there have embraced God through The Salvation Army,” said Lillyrose. “We told them that Christ loves them and wants a good relationship with them, and they listened and responded.

“Erromango is a big island and the people here face many challenges, but we believe the Lord wants us here and we are here to win souls for Christ.” Although many people in Vanuatu are familiar with the Gospel of Jesus, the interest in The Salvation Army as a Christian movement is growing.

“People saw and heard about The Salvation Army after Cyclone Pam in 2015 when the Army helped us so much,” said Lillyrose.

The Tweed Heads Corps, Ipswich Citadel Corps in the United Kingdom, and individuals and families throughout Australia generously donate to the Army’s work in Vanuatu. Sydney Congress Hall Corps also sponsors the many children Lillyrose looks after and disciples, to go to the Christian school in Port Vila. 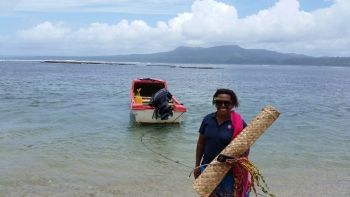 Lillyrose prepares to travel to Erromango by boat across open ocean.

The Queensland Division has already invited Lillyrose to attend their fellowship next year.

“After the fellowship, we are planning to take Lillyrose on a ‘speaking tour’ to share about all that is happening in Vanuatu,” said Major Elsley.

Before returning to Port Vila, Lillyrose was able to go shopping with Marion Dooley, a senior soldier at Tweed Heads Corps who, with her late husband Ian, was instrumental in The Salvation Army starting its unofficial work in Vanuatu. They bought clothing, school supplies and other items for the community children and outposts.