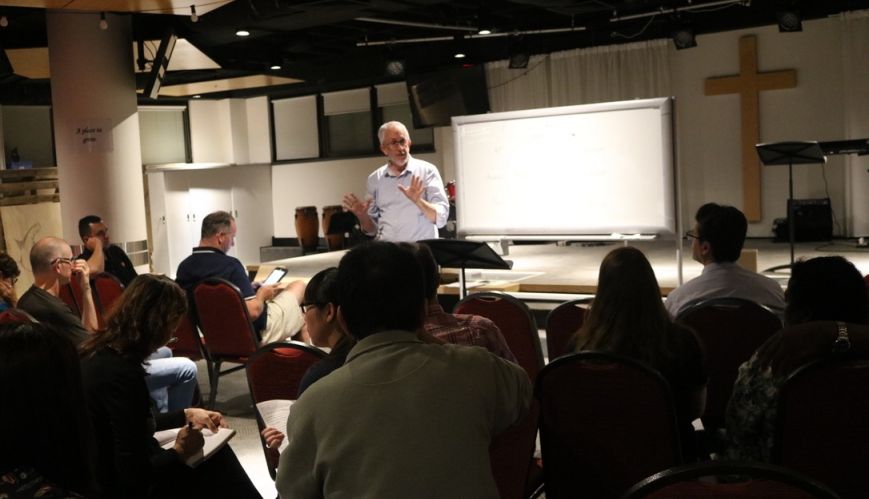 In the early days of The Salvation Army, the corps sergeant-major would hold a special meeting every Tuesday evening and every soldier was expected to attend.

It was called the Soldiers’ Meeting and involved preaching, prayer and worship. The corps sergeant-major would then outline the latest ‘mission’ and all the soldiers would go off in teams to achieve the mission.

Most Salvationists today gather on Sundays for preaching, prayer worship, but the Soldiers’ Meeting has vanished, and only a small percentage of the corps may be engaged in mid-week ‘mission’.

“I think what we’ve done in the Army world, and in the rest of the Church as well, is that we’ve tended to retreat back from our mission shape to become an ‘attender’, or a church that ‘gathers’, rather than being a ‘sent people’,” said Colin Stoodley, who has been recruited as a consultant for The Salvation Army NSW/ACT Division as it rolls out the ‘Incubator’ community of practice. 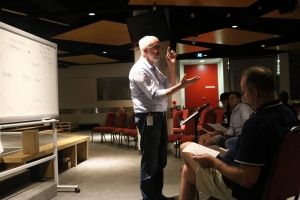 Established in 2018, the Incubator is an 18-month trial of a community of practice involving missional community leaders and participants within the Sydney area. Workshops are held every few months as a space of teaching, encouragement, prayer .

Colin (pictured right) said he isn’t suggesting that The Salvation Army numbly revives the past and reinstates the Soldier’s Meeting, however, he is advocating a return to the roots of Christian faith communities – discipleship, prayer mission.

The theme for recent NSW/ACT Divisional Officers Fellowship was ‘Picking up the Right Stones’, based on the rebuilding concept found in Nehemiah 4:2. Divisional Commander, Lieutenant-Colonel Miriam Gluyas, said the gathering focused on the “stripping away of all things extraneous to Jesus and ‘rebuild’ The Salvation Army with the right foundations”.

“When we rebuild, we need to pick up the right pieces, and know what pieces to leave,” Lieut-Colonel Gluyas said. “These are the days to dream about God’s preferred future. In doing that, God is pointing out the areas that we need new work, and who we need to start that new work. The Incubator provides what is needed to get that new work happening in a healthy way, and to have a network of people who become ‘iron sharpens iron’ to one another. Focusing on the right things is key … exciting days, and what a journey!”

Colin agreed. “There are a number of corps in Sydney that re-looking at the way they are doing things… then you’ve got places where new work is being established,” he says. “The Incubator is networking a whole bunch of people who can really get help, prayer, encouragement principals to have a go at and strategies to follow.”

One of the key teachings is that every Salvation Army expression should be on evangelism, discipleship prayer. Colin said this alone gives a new faith community its momentum, and that a church of many years may also be by a return to these simple, Biblical strategies: “Evangelism, discipleship prayer – you can’t negotiate on these three; they are the only things that give you momentum. The other thing (the Incubator focuses on) is the nature of discipleship and how you actually do that, what’s involved in that.”

Sydney Streetlevel Mission leader Mitchell Evans (pictured right) said he was attracted to the Incubator concept due to the collaborative nature of it “getting a bunch of people together to learn from each other’s experiences (and some of Colin’s teaching) to apply to our own contexts”. 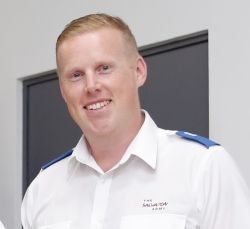 Sydney was going through a process of replanting its faith community, having moved from Surry Hills to Redfern, and then back again. Throughout the Incubator series, has created a number of faith gatherings across the week at its Surry Hills and Waterloo sites, not just the one weekly worshipping community.

“We now have a ‘faith space’ at Streetlevel Waterloo that runs each Monday at 11am,” Mitchell said. “This started due to many of our older regulars locking themselves away from sundown on Friday to sun-up on Monday due to violence and drug issues in Waterloo. We also have a ‘Kingdom table’ for our Streetlevel leaders (centre and church together) where we share dinner and teaching to feed into our team. We’re looking to start another mid-week faith space at Surry Hills and potentially a Kingdom table.

“We knew God was at work,” Mitchell continued, “and Incubator seemed like a good opportunity to learn new ways of doing ‘church’ in different contexts.”

He says one of the best things about Incubator is that it hasn’t been “just another ministry tool” that is a one-size-fits-all strategy. “Each session gives me a lot to take away, unpack and apply to my context. It's hard to one thing that has been impacted.”

Lieutenant Rong Fu, Corps Officer at Burwood in Sydney, said she’s been encouraged and empowered by attending Incubator with a team of leaders and Salvationists from her .

“It’s not just about learning new skills, it’s allowing us to gain encouragement by hearing the testimonies or experiences of the speaker or other participants,” she said. “For example, when we had the first session, I heard how other people were doing their ministry, and how to connect with locals within a community. It gave me some new ideas and new insights on how to do that.”

She said the evangelism training was also useful and a skill that she and her leaders were planning to pass on to the congregation during discipleship training that they are planning for later in the year.

“I think it’s important to have the congregation trained to support us; we can’t do ministry alone,” she said. “The Incubator is really good for anyone – not just corps officers – who want to explore new ways of doing ministry.”