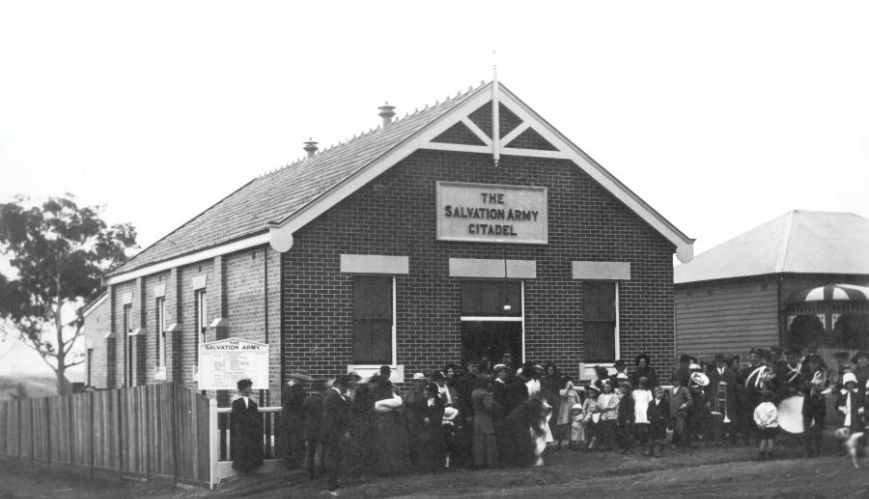 Hurstville Corps in Sydney’s south is celebrating its 120th anniversary this year.

The Salvation Army in Hurstville, Sydney is celebrating two momentous anniversaries this year – the start of work in the area 120 years ago and the opening of its first citadel 100 years ago today (26 July).

The Army's work commenced in Hurstville in 1899, with outreach activities conducted by Salvationists from nearby Rockdale Corps.

The Hurstville Salvation Army website quotes its first Corps Officer, Captain Alfred Hodges, as saying of its beginnings: “The divisional commander at the time was Major Wessberg. He directed that Lieutenant Sam Mitchell, who was stationed with Captain Hodges at Marrickville, precede the captain to Hurstville, make a general survey, and meet the divisional commander and captain the following Saturday.

"When the divisional commander, with the captain, arrived as scheduled, there was no Lieut Mitchell to be found, nor had he been seen in the area.

"However, that Saturday night, just before a prayer meeting was to commence at a nearby residence, they were startled by the sound of voices singing praises.

"On going to investigate, it was found to be none other than the lieutenant with a number of converts, stating that the Lord had called him to Tom Ugly's Point [8km away], where he held services during the week and many souls were won and now he had marched them in true Army form to Hurstville!”

Unfortunately, due to dwindling attendances, in 1907 the officers were withdrawn and moved to Rockdale, before work began again in 1914 and the citadel, which is still located on the corner of Bond and Dora Streets, was built in 1919. It was opened by Mrs Commissioner Hay on 26 July 1919 in front of a large gathering.

The property has had many renovations and additions over the past 100 years, but on the weekend of 26-27 October, at the same location, the corps will officially celebrate 120 years of serving the Hurstville community.

If you have photos or memorabilia, or wish to have more details about the celebration, please email hurstville120@hotmail.com.