Taking the Gospel to the bush 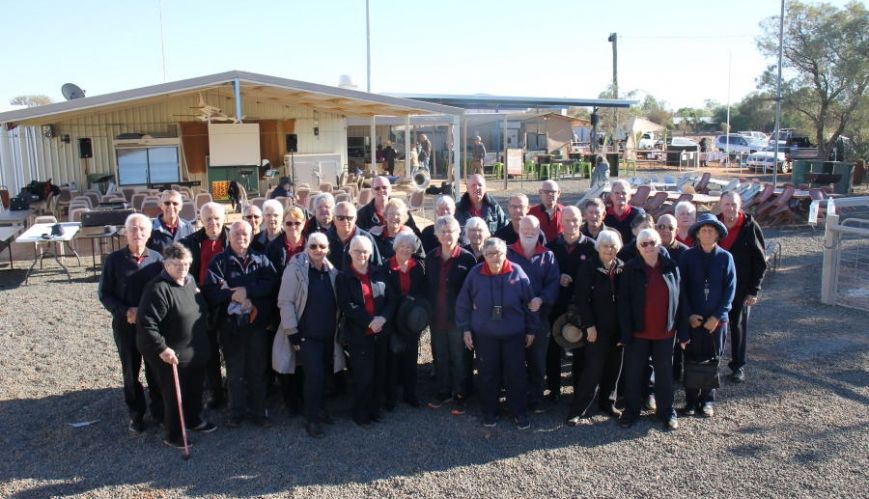 Taking the Gospel to the bush

Band, timbrels and singing in the middle of an opal festival, school visits and shire hall performances were some of the high points during a 10-day mission to outback south-west Queensland by Salvationists and friends.

“Mission accomplished” was the unanimous verdict from the group of 40 mainly retirees with caravans in tow at the end of what turned out to be a challenging tour to Yowah, Thargomindah, Eromanga and Quilpie.

The mission was to spread God’s Word throughout a region where the Gospel is infrequently delivered due to isolation and the absence of any locally based clergy.

From an opal festival at Yowah to a concert and Bible message in front of a school of 12 students, seeds were faithfully sown for God to nourish in his time, and prayers were offered for local residents endeavouring to establish Bible study groups, including a Salvationist local police officer at Eromanga who is anxious to start up such a group. 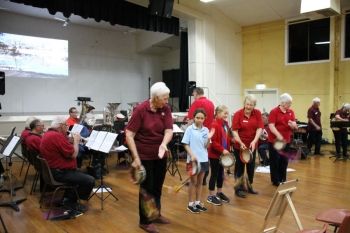 Students joined mission timbrellists in a performance at Quilpie school.

As one team member remarked, the visit was a rewarding time for the group as well as those contacted. “We will never know what the mission meant to some people contacted either musically or through just a word, but God will continue to use what the mission achieved in their lives.”

At Quilpie, a recitation of Banjo Paterson’s poem, A Bush Christening, by one of the team members, could not have been more to the point, particularly the lines referring to few churches and religious people that summed up the situation common in the area visited by the group.

Prayer for a young family whose father feels he has been called for missionary work; a prayer request for a school principal concerned for a family member; another prayer for someone at one of the concerts who is beating cancer and is now a bush church-aid volunteer thanks to God-given strength; and prayer for the region’s Salvation Army rural chaplain Major Mark Bulow – only a few of many petitions and praise to God shared during the tour. 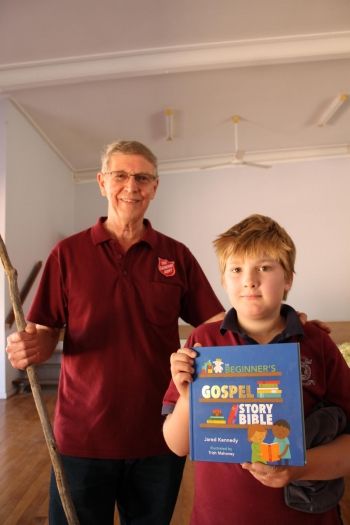 At Eulo, a resident showed her appreciation for the visit by inviting the group to afternoon tea after organising a barbecue when a similar group of Salvos visited the town two years earlier, remarking that such a simple gesture to cheer one another up is disappearing, even sometimes out in the bush.

At Quilpie, the school music teacher with Salvation Army connections joined the mission band along with some of his pupils, while a fly plague and red dust at the Yowah opal festival failed to upset the outreach, which culminated in a church service while the festival was in full swing. Festival visitors and opal traders/buyers joined the congregation, with Major Bulow’s doughnut stand proving a hit.

With the ongoing drought uppermost in everyone’s minds, Major Bulow gratefully received a donation of pamper packs to hand out to affected families, the gesture made possible by a corps represented by a couple on the mission. The visit is also seen as a major boost for Major Bulow’s chaplaincy work in the state’s far south-west.

In summary, the group felt humbled to be an instrument in God’s hands, sent to minister and encourage in a region of great need both physically and spiritually.