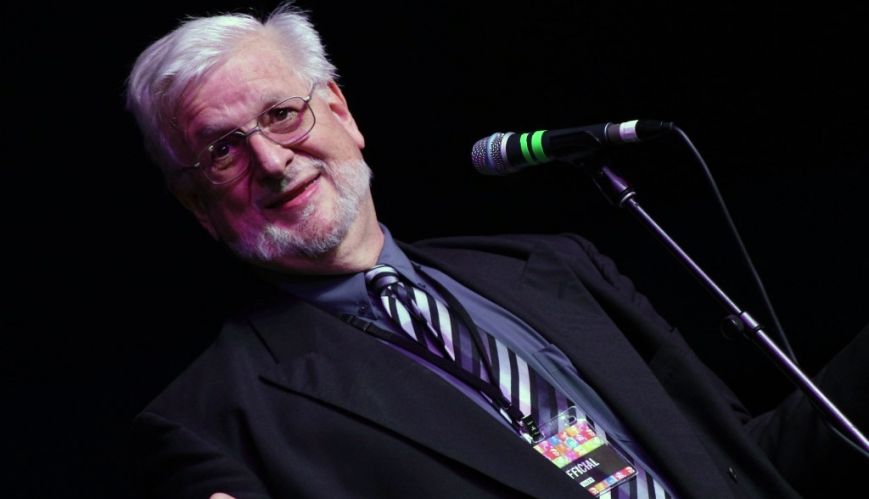 Bill Broughton, Salvationist, musician, artist and mentor, had a worldwide influence both professionally and personally and is being remembered for the extensive impact he had.

Salvationist and fellow musician Barrie Gott reflects on the life and impact of Bill Broughton – composer, teacher, author, conductor, soloist and motivational speaker with an extensive background in, and connection to, the band tradition of The Salvation Army.

I have just finished watching the faculty members of the Brisbane Low Brass Weekend paying tribute to Bill by performing his work ‘When He Calls Me Home’ at the opening of their concert. It reminded me of the worldwide influence Bill had. His ever-bright demeanour, his ability to remember people’s names, his encouraging and motivational presence extended far into the hearts of the people he met.

I first met Bill when my family moved to Los Angeles in 1983. He had a small studio in Glendale where he was producing music for the Rocky and Bullwinkle show. I was fascinated by the process, still analogue at that time, and watched, listened and learned a great deal. We became friends very quickly and we had many a lunch and discussion regarding professional and church music, particularly The Salvation Army repertoire. We both came from a rich tradition involving three continents and we had many mutual acquaintances.

Bill’s involvement in the commercial scene, having been a successful trombonist, composer, arranger and producer, brought a rich knowledge from which I was eager to glean. His ballad playing was exceptional and many of his brother Bruce’s movie and television scores featured that golden tone. It’s amazing to realise that all his playing was on a Bach 16, considered a small-bore instrument and yet he could make it sound like the larger bore trombones used today in classical and commercial music. I asked him once why he kept the same trombone for all his work, and he replied, “You adapt to the job at hand.” Enough said.

Bill and his family attended the Pasadena Corps for a period of time and Bill played in the band. He requested to play second trombone because he wanted to encourage the younger players on first, and he genuinely enjoyed the part. He was the featured soloist on the band’s tour to the US Midwest.

Bill and the family moved to Atlanta where he continued to compose and arrange for many events. One highlight was to compose music for the Paralympics in 1986. His involvement with Spiritual to the Bone was a far-reaching project. His arrangements were always a feature and his playing exceptional.

Bill moved to Australia in 2003 and three years later became an Australian citizen. He continued to compose for all types of ensembles and was often asked to adjudicate at contests and eisteddfods throughout the country. He was a member of the Mt Gambier Generations of Jazz faculty and was a part-time lecturer at Adelaide University Elder School of Music where he taught composition, arranging, film-scoring and directed ensembles as well as providing individual tuition. As a guest soloist and conductor, he worked with many bands, school groups and orchestras including the Adelaide Symphony Orchestra and the Queensland Pops Orchestra. The South Brisbane Federal Band’s composing competition benefited greatly from Bill’s expertise. Many young composers were encouraged by his enthusiasm and skill.

Because of his interest in people, Bill was in demand as a motivational speaker and he authored books to assist people in their journey. His deep spiritual beliefs were his foundation and his service to God was always present. He was a registered celebrant and officiated at many weddings.

In 2016, Bill was elected President of the National Band Council of Australia (NBCA). His many achievements are chronicled in the archive of the internet and in the many compositions and recordings that remain in circulation around the world.

In recent years, Bill’s health deteriorated and as it got worse his only concern was that he was not able to continue his writing and composing.

Even though we lived far apart, our friendship continued and he was only a phone call away. I will miss my friend, his counsel, guidance and love. His Promotion to Glory is well deserved.

My heart goes out to Jan and the family at this difficult time.

Well done good and faithful servant. Enter into the joy of the Lord.