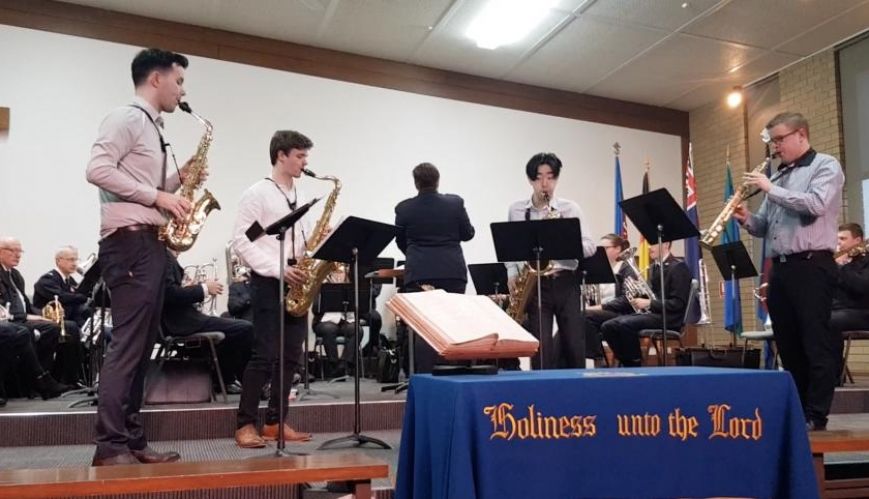 The Genesis Saxophone Quartet performs with the South Barwon Corps band during the concert to launch the band’s new album Lead Kindly Light.

South Barwon Corps, one of the leading lights on the Australian brass band landscape, launched its new album Lead Kindly Light during a Sunday afternoon concert at the corps on 11 August.

“We had so many people say they wish they could hear the South Barwon band play more often. And we thought this was a good opportunity to share our ministry outside of a Sunday morning or a special performance,” said bandmaster Britteny Ling, Territorial Just Brass Consultant. 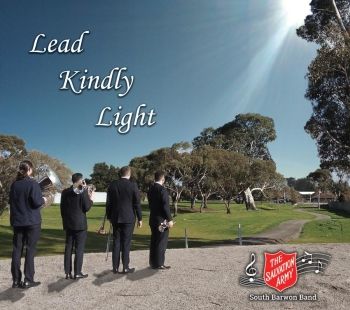 The cover of the new album, launched this month.

More than 150 people from across greater Geelong came together to celebrate the launch of the album, which was recorded at South Barwon Corps in May.

“There were so many highlights,” said Brittany. “At the end of several pieces, there was a moment of silence and a sense that people get this. They enjoy it. It was a celebration of all our hard work.”

South Barwon band has a reputation of being very close-knit despite the vast range of ages. With some members coming through the Just Brass program, their youngest member is 14, while the oldest is 82.