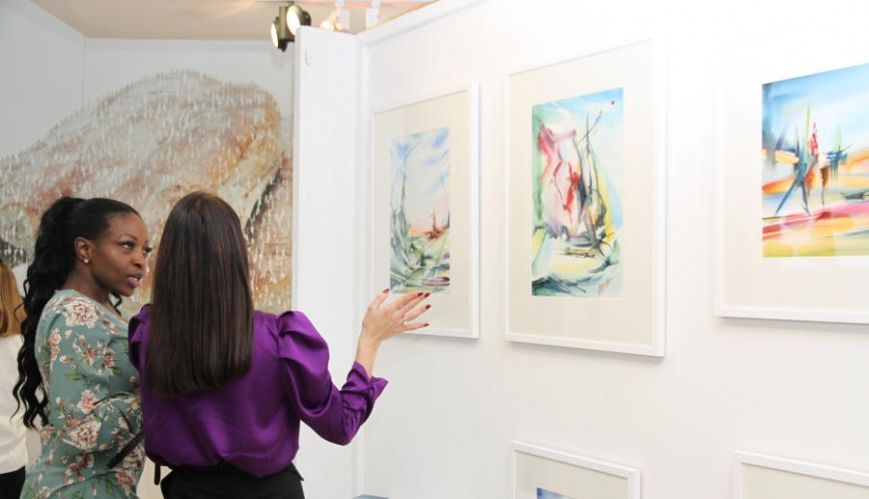 Gallery 101 at International Headquarters features paintings and drawings by survivors of domestic abuse from The Link Café, a Salvation Army-run drop-in centre in south London.

THE strength and resilience of women who have escaped abusive relationships is recognised in a new exhibition at The Salvation Army International Headquarters (IHQ) in London. The display runs from 25 November to 10 December, the same dates as the United Nations-supported 16 Days of Activism.

The exhibition features a selection of paintings and drawings by women from The Link Café (TLC), a Salvation Army-run drop-in centre in Morden, near London, for women who have left abusive partners. The program offers practical assistance, such as the use of a computer and printer but also provides support through counselling, help with housing and social services issues. More than all this, though, TLC provides a family of caring people who offer long-term support. 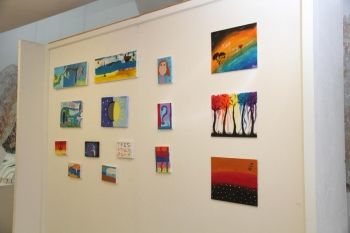 Artwork from survivors of domestic violence reflects strength and resilience.

The works in the exhibition were created over a six-week period in workshops with artist and fellow survivor Anna Virabyan, some of whose paintings are also on display. She says: “I offered the ladies paper and paint as a means for them to find release and to explore the emotions that they had no words to describe”. She also worked with some of the women’s children, whose works feature too.

Captain Emma Scott, who oversees the running of TLC, said that the facility had been running for four-and-a-half years, during which time none of the women had returned to their partners – a quite remarkable feat. Studies show that women return to abusive partners an average of seven times before managing to break free.

“What stops them going back,” Emma said, “is relationship”.

On the day of the launch, the women whose artworks featured in the exhibition met for lunch in Café 101 at IHQ. Emma said they were amazed to see their works on display in such a professional-looking public space. For many of the participants this is, she said, a huge boost to their self-confidence and feeling of worth.

Anna and Emma both shared their experiences at the launch event, with Emma reading a poem and speaking about the joy she has found in spending time every week with “amazing women” who – despite everything they have been through – “choose to love”.